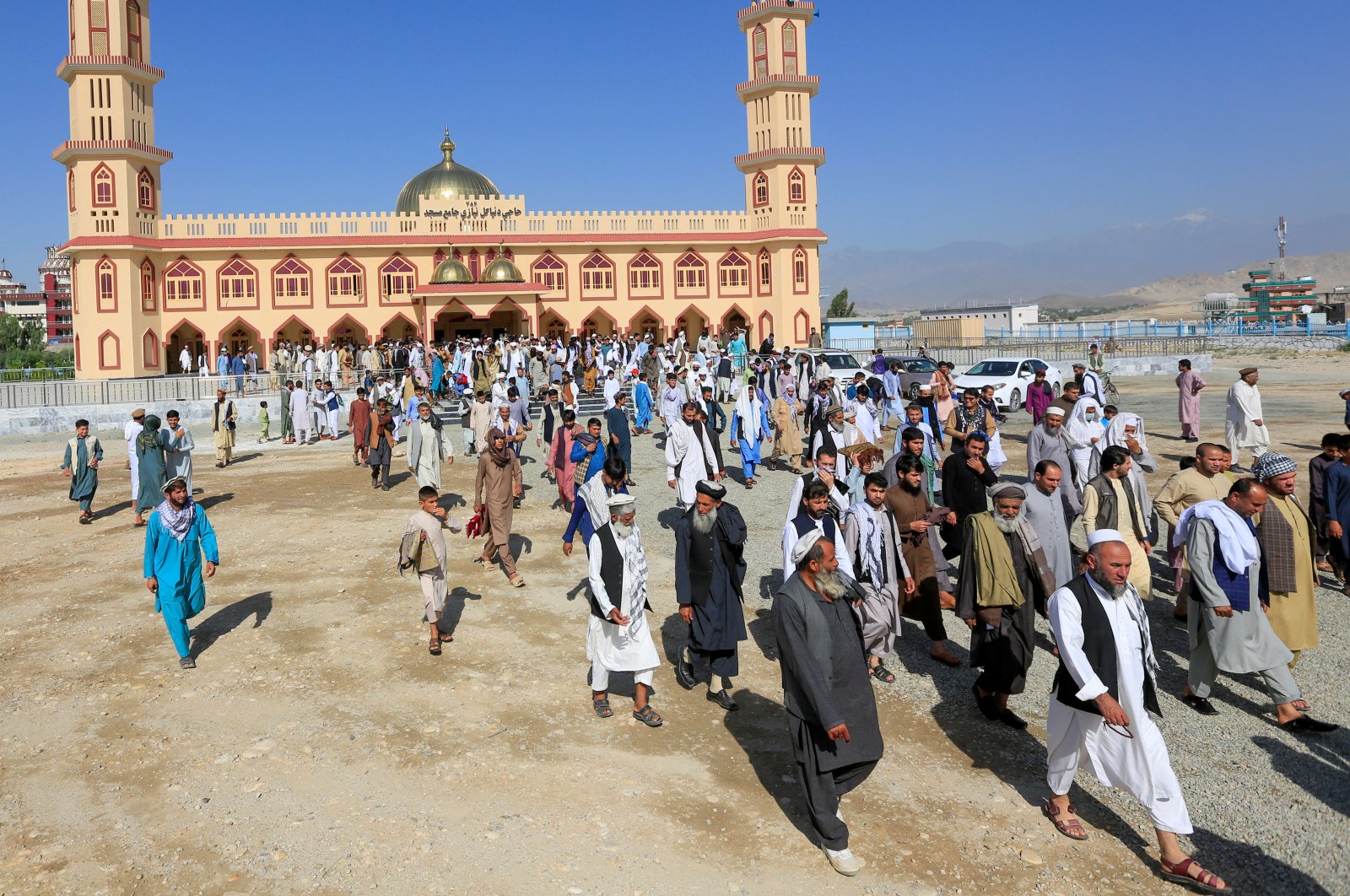 Afghan men leave a mosque after prayers during Eid al-Fitr, a Muslim festival marking the end of the holy fasting month of Ramadan, amid the spread of the coronavirus disease (COVID-19), in Laghman province, Afghanistani May 24, 2020. (REUTERS Photo)
by Anadolu Agency May 24, 2020 6:41 pm
RECOMMENDED

Flanked by his top aides outside the presidential palace's mosque, Ghani welcomed the Taliban's unexpected three-day truce declaration for the holiday.

"The winner of peace will be the Afghan people, war brings destruction and misery, especially to the Afghan women who suffer the most," he said, directing government forces to reciprocate the rare truce.

He also vowed to expedite releasing the Taliban inmates in line with a U.S.-Taliban peace deal.

Later, after chairing a high-level security meeting, Ghani ordered the start of the process to release up to 2,000 Taliban prisoners as a goodwill gesture in response to the Taliban's cease-fire.

''The AFG Gov is extending the offer of peace and is taking further steps to ensure success of the peace process," the presidency said in a tweet.

The unexpected cease-fire was widely hailed.

In a series of tweets, Zalmay Khalilzad, U.S. envoy for Afghanistan reconciliation, welcomed the mutual cease-fire.

Khalilzad said other positive steps should immediately follow: the release of remaining prisoners as specified in the U.S.-Taliban agreement by both sides, no reverting to high levels of violence, and an agreement on a new date for the start of intra-Afghan negotiations.

"This is a momentous opportunity that should not be missed. The U.S. will do its part to help," he said.

The truce was also welcomed by NATO.

The Taliban made the surprise announcement Saturday amid escalating conflict and a shaky peace process. This is only the second of such a brief cease-fire in the otherwise deadly insurgency, now in its 19th year.

The message directed Taliban militants to stay out of areas under government control but said government forces could visit Taliban-controlled areas.

The latest development comes on the heels of resurging violence in the war-ravaged country, taking a heavy toll on both sides.