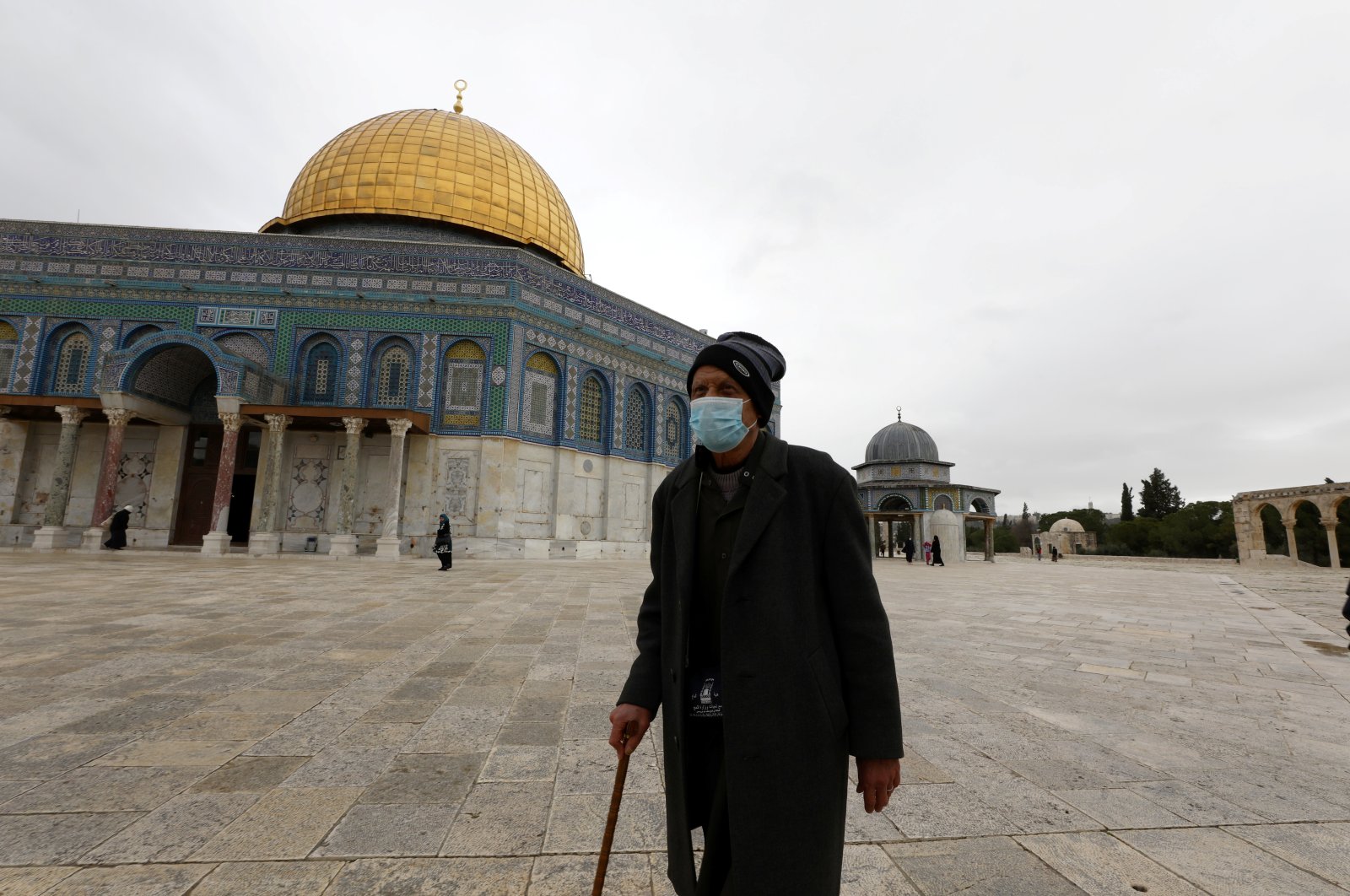 Jerusalem's Al-Aqsa Mosque and Dome of the Rock will shut their doors as a precaution against the coronavirus, Islamic religious authorities said on Sunday, while outdoor prayers will still be allowed at the complex that houses Islam's third holiest site.

"The Islamic Waqf department decided to shut down the enclosed prayer places inside the blessed Aqsa mosque until further notice as a protective measure to prevent the spread of coronavirus. All prayers will be held in the open areas of the Aqsa Mosque," the mosque's director, Omar Kiswani, told Reuters.

The Palestinian Authority's Religious Affairs Ministry asked Palestinians to worship at home.
"In light of the Health Ministry's recommendation to minimize contact between people and to reduce gatherings as much as possible we call upon our Muslim people in Palestine to hold their prayers at home," a ministry statement said.
In Ramallah, a prayer leader reciting the Muslim call to prayer at one mosque in the early evening added the words: "Pray at home, pray at home."
According to Palestinian health officials, 38 coronavirus cases have been confirmed in the occupied West Bank.

Israel has banned gatherings of more than 100 people and some religious authorities, including the Latin Patriarchate of Jerusalem, have moved to implement crowd controls at places of worship. But the Jordan-appointed council that oversees Islamic sites on Jerusalem’s sacred compound kept it open for Friday prayers, encouraging faithful to congregate on the 35-acre complex’s outdoor grounds rather than inside its covered shrines.