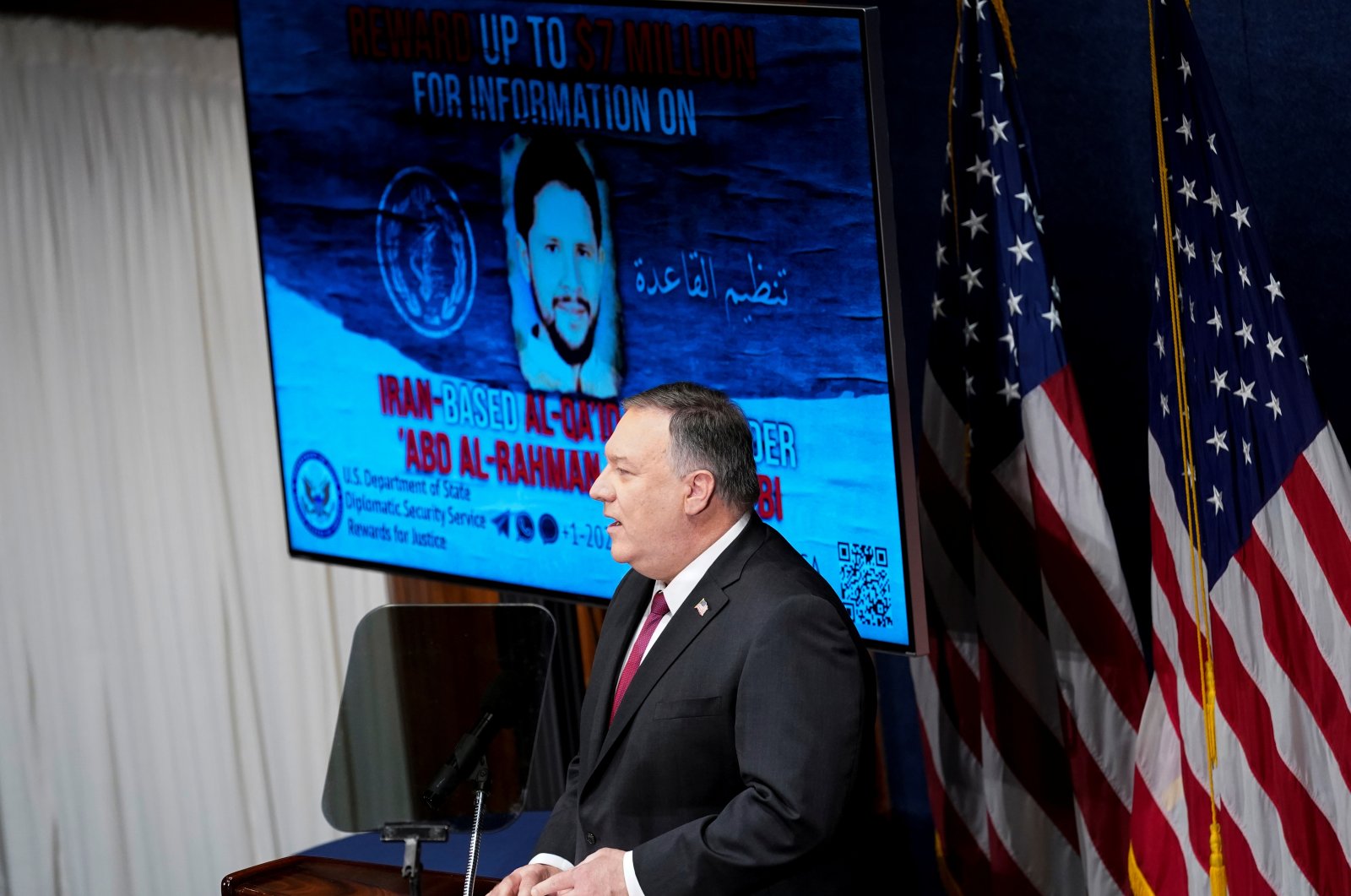 Iran is now al-Qaida's "home base," the U.S. claimed Tuesday despite an often-bloody history between Tehran and the terror group.

U.S. Secretary of State Mike Pompeo accused Iran's leadership of providing a "sanctuary to the terror group's senior leaders as they plan attacks against America and our allies."

"The Iran-al-Qa'ida axis poses a grave threat to the security of nations and to the American homeland itself, and we are taking action," he said in a statement. "Today, we are drawing attention to the nature of the Iran-al-Qa'ida relationship and are taking the actions necessary to crush al-Qa'ida and its links to Iran. We urge all nations to do the same-for the good of our nations, and of the free world."

The top diplomat is an Iran hawk and has been pivotal to the Trump administration's campaign to ramp up diplomatic and economic pressure on the Islamic Republic. He provided no evidence to back his allegations during a news conference.

The U.S. is offering up to $7 million for information on Abd-al-Rahman al-Maghrebi, who it says is an Iran-based al-Qaida leader.

In addition, Washington is sanctioning nearly a half-dozen Iran-based individuals who it accuses of having ties to al-Qaida.

Among those swept up in the new wave of blacklistings are Muhammad Abbatay, who is also known as Abd al-Rahman al-Maghrebi and Sultan Yusuf Hasan al-‘Arif, individuals the State Department said are al-Qaida leaders currently residing in Iran.

Iran has repeatedly denied hosting al-Qaida terrorists in the past and its top diplomat rebuffed the charges, saying on Twitter: "No one is fooled. All 9/11 terrorists came from @SecPompeo's favorite ME destinations; NONE from Iran." He was referring to the Middle East.

Nearly all of the Sept. 11 hijackers came from Saudi Arabia, Iran's chief rival and a key U.S. ally in the region. Of the 19 terrorists, 15 were from the Kingdom. Two from the United Arab Emirates (UAE), while one each came from Lebanon and Egypt.

Trita Parsi, an executive director at the Washington, D.C.-based Quincy Institute think tank, dismissed Pompeo's "false" charges because it is "recycling the old falsehoods, adding some new ones and misinterpretations and spinning it as news."

"Ask yourself, if such conclusive evidence of an Iran-Al-Qaeda alliance really existed, why would he wait till his last week in office to reveal it? Mindful of Pompeo's 4-year effort to crush Iran, he would've revealed this at the outset to justify maximum pressure. He didn't," Parsi said on Twitter.

"A more plausible explanation is that Pompeo is changing facts to fit with his obsession w/ conflict w/ Iran. As the chances of conflict are slipping out of his hands courtesy of Trump's failed coup, Pompeo shifts his focus to prevent Biden from undoing Pompeo's mess," he added.