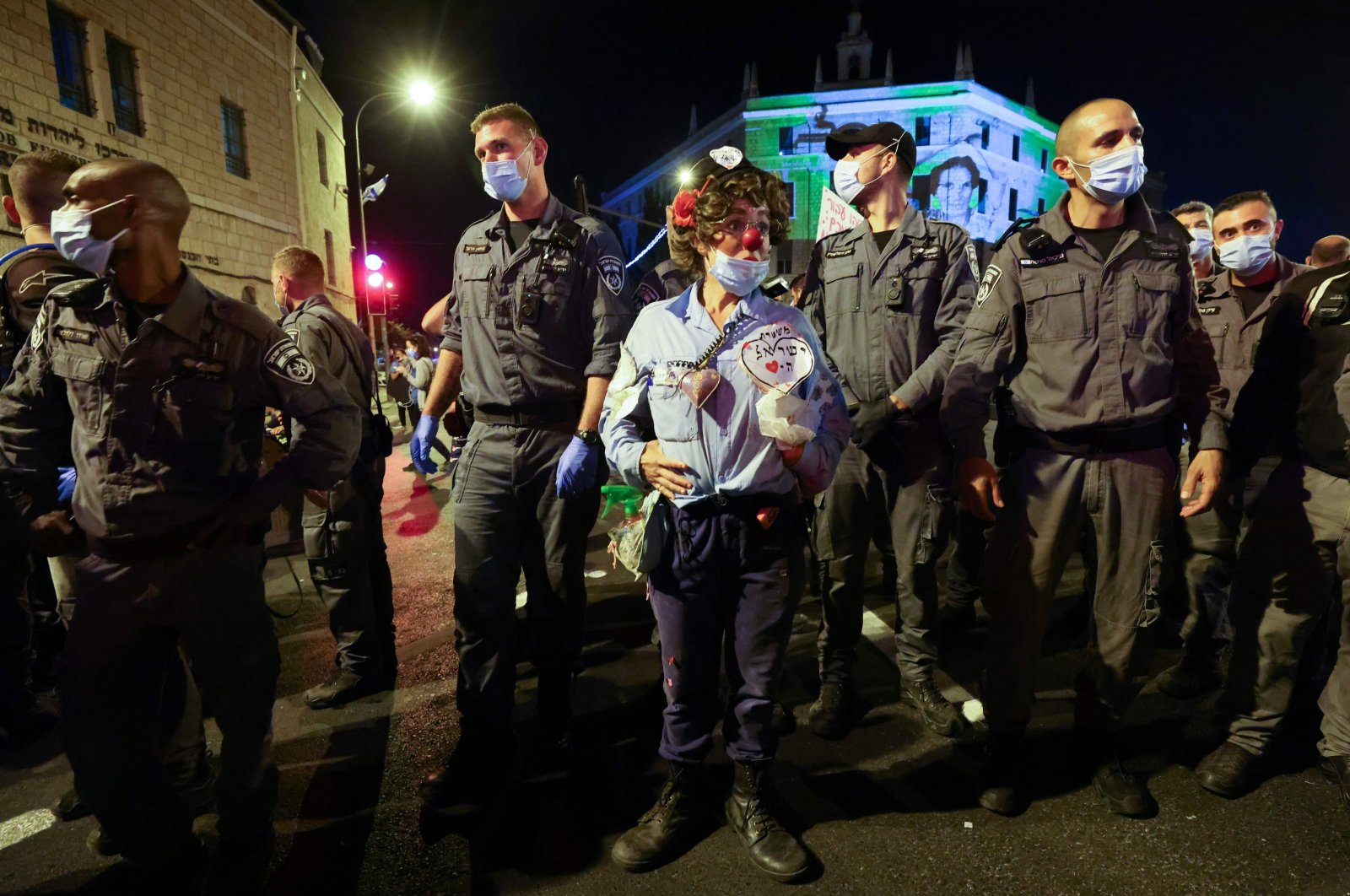 Thousands of Israelis gathered outside the official residence of Prime Minister Benjamin Netanyahu on Saturday night to demand his resignation, pressing ahead with weeks of protests against the embattled Israeli leader despite a strict new lockdown order.

With Israel facing one of the world's worst coronavirus outbreaks, the tough lockdown rules went into effect Friday, closing many businesses, banning large gatherings, and ordering people to stay close to home. But Israel's Knesset, or parliament, was unable to agree on proposed legislation that would ban the right to protest.

Netanyahu has pushed hard for a ban on the demonstrations, claiming they pose a threat to public safety, and he has threatened to declare a state of emergency to halt the unrest. But his opponents accuse him of using the health crisis as a pretext to put a halt to weeks of demonstrations against him.

For over three months, thousands of people have thronged the streets of central Jerusalem near Netanyahu's residence, calling on him to step down. Protesters say Netanyahu shouldn't remain in office when he is on trial for corruption charges and accuse him of bungling the response to the coronavirus crisis. Many of the protesters are young, educated Israelis who have lost their jobs because of an economic downturn.

Protesters at Saturday night's gathering were noisy but orderly, with many standing in marked spots to conform with social distancing rules. Protest leaders urged people to keep a safe distance from one another, and the crowd stretched for blocks along a main road as police patrols looked on.

Many of the demonstrators hoisted Israeli flags. One large banner accused Netanyahu of "White House laundromat," a reference to a Washington Post report last week that the Israeli leader brings bags of dirty laundry with him to be cleaned when he visits the White House. Others said "disgrace," "ashamed," and "Thou Shalt Not Steal," quoting the Ten Commandments before Sunday evening's start of Yom Kippur, the Jewish Day of Atonement.