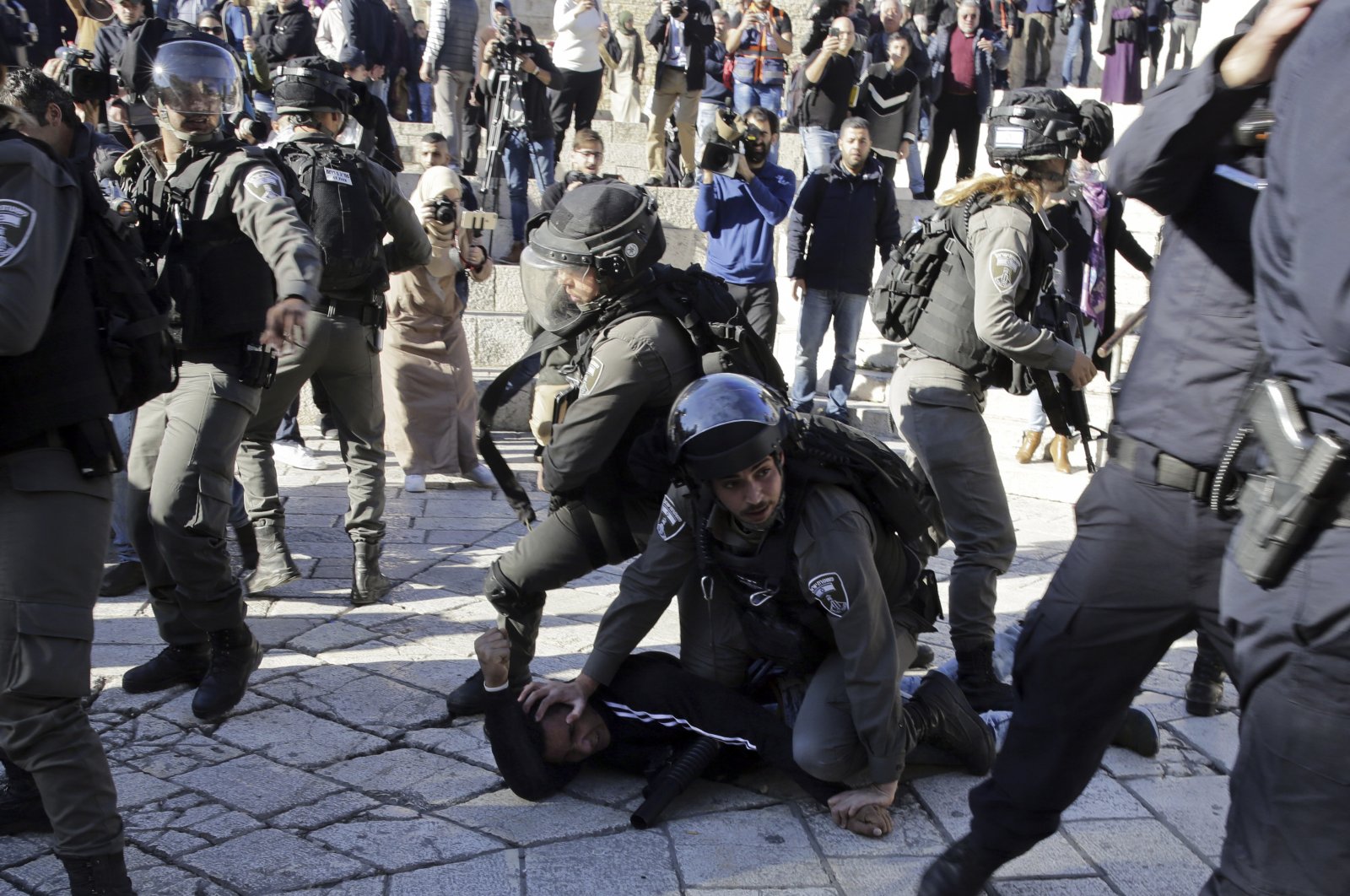 An Arab Israeli diplomat once deployed abroad to rebut Israel's critics says he was beaten by security guards at Jerusalem’s central bus station last week in what he believes was a case of ethnic profiling.

Ishmael Khaldi, 49, said he has filed a police complaint and is going public with his experience to bring attention to what he described as racist behavior in parts of Israeli society.

"This is wrong. This has to stop. This is nothing Israeli,” he said, adding that he remains patriotic and proudly serves his country.

The incident trained a spotlight on the ongoing struggles of Israel's Arab citizens, a large minority that makes up about 20% of the population. Israel's Arab citizens have the right to vote and some have enjoyed great success in Israel's judiciary, civil service, business, medical and entertainment worlds. But they still frequently suffer from discrimination.

Khaldi is widely seen as a trailblazer and touted by the government as a success story. From living in a tent and working as a shepherd when he was a boy, he became the first member of Israel's tiny Bedouin Arab community to serve as a diplomat and is among a small number of Arab Israelis to rise to the senior levels of the Foreign Ministry. He served in Israel's Consulate in San Francisco, was an adviser to then-Foreign Minister Avigdor Lieberman and defended Israel against the Palestinian-led boycott movement while posted in London.

The Boycott, Divestment, Sanctions (BDS) campaign advocates boycotts of Israeli institutions to protest Israel’s treatment of Palestinians, including its own Arab citizenry. He also has done temporary assignments in Africa and Miami.

But even his advocacy work for Israel and a distinguished career that has put him alongside many Israeli leaders have not been enough to insulate him from the struggles faced by Arab Israelis.

He said his dark skin frequently attracts the attention of jittery security guards in public spaces and that “there is no doubt” this was why he was stopped by two guards and asked to pass through a metal detector when he entered the bus station last Thursday, on his way home from work.

“It happens to me. It happens to everyone" with Arab features, he said. But what happened after that, he said, was a “series of mistakes” by security guards unlike anything he had seen before.

After he was stopped, one of the guards stepped away. Khaldi, who said he frequently takes photos and video clips on his phone, said he asked the remaining security guard if he could turn on his phone to record. He promised not to take any pictures of the guard, and he said the guard consented.

When he walked through the metal detector, the machine beeped and he was instructed to empty his pockets. He put down his wallet and keys but continued to record on his phone for several seconds. Then, as he was about to put the phone down, he said the second security guard returned to the scene and became irate.

Within seconds, he said he was pinned down by three guards, with the angry leader placing his leg on Khaldi’s neck, shoulder and ear. He said the pressure was so strong he feared his neck would break.

“I screamed ‘I can’t breathe. I can’t move,’’ he said. The guards eased up on him after bystanders started screaming, but then a supervisor rushed to the scene and joined the others in holding him down. Eventually, they allowed Khaldi, covered in dust, to get up while they held him until police arrived.

Khaldi rejected any comparisons to George Floyd, the black American man whose death at the hands of Minneapolis police has sparked protests around the world. He also said he understands that Israeli security guards have a job to do.

But he said there is an “extreme minority” of security guards who behave like “Rambos,” especially when dealing with Arabs. “There is a kind of superiority feeling here and it’s reflected in their behavior,” he said.

Yossi Mizrachi, the manager of the station, defended the actions of the guards, saying Khaldi refused to identify himself or undergo a routine security check.

“It appears that the visitor’s goal was to create an unnecessary provocation. The security guards acted as required in line with the law and procedures,” Mizrachi said, adding that one of the guards later filed a countercomplaint against Khaldi to police.

However, Khaldi disputed the account, saying he was never asked for his ID and has never provoked trouble during his countless trips through the station. He says security camera footage will vindicate him and has demanded it be made public. He also is threatening to sue for defamation.

A number of top officials have rallied behind Khaldi.

Israeli Foreign Minister Gabi Ashkenazi said he spoke to Khaldi, calling him a “veteran and esteemed diplomat” and offering his support.

Isaac Herzog, chairman of the Jewish Agency, a nonprofit group that works with overseas Jewish communities, said Khaldi was a “star” advocate for Israel on the international stage. “No more racism,” Herzog tweeted.

Israeli police spokesman Micky Rosenfeld said both Khaldi and a security guard have been questioned by police. He said the investigation is continuing.

“The incident began after the security guard requested from Khaldi to show his ID, according to security rules and regulations,” Rosenfeld said. “Apparently he refused.”

Khaldi said he still loves Israel and proudly serves his country but felt a responsibility to speak out about “internal issues” affecting his community.

“Our responsibility is to check where the problems are and fix them,” he said.