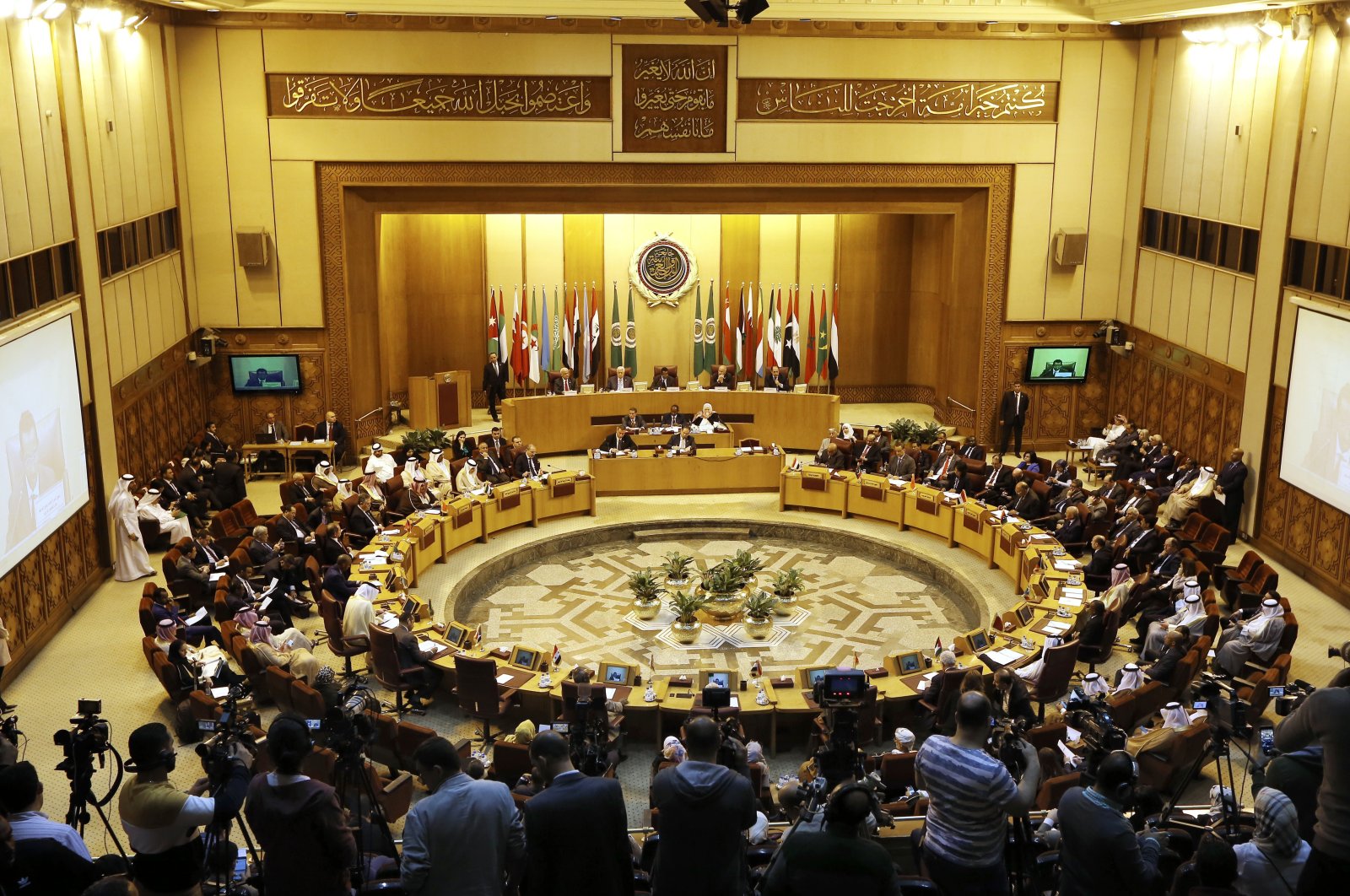 The extraordinary session of the Arab League foreign ministers meets to discuss the situation in the Palestinian territories at the Arab League's headquarters in Cairo, Egypt, April 21, 2019. (AP Photo)
by Anadolu Agency Oct 07, 2020 4:34 pm
RECOMMENDED

The Arab League Wednesday was targeted by growing criticism on Arab social media after six countries refused to chair the rotating presidency of the organization.

On Tuesday, Libya declined to take the presidency after Palestine relinquished its right to preside. Libya joined Qatar, the Comoros, Kuwait and Lebanon in refusing the chair.

So far, no statement has been issued by the Arab League about the dilemma.

Arab social media came down hard on the countries, with activists calling to mourn the Arab League after one-third of its member states, including Syria, whose membership is suspended, refused to chair the rotating Arab League presidency.

Palestine was the first to relinquish the presidency in protest against the Arab League's failure to condemn recent United Arab Emirates (UAE) and Bahrain's normalization deals with Israel.

A number of social media activists republished cartoons mocking the Arab League. One of the cartoons drew the Arab League as an old vehicle with a comment saying, "Looking for a driver who is expert in condemning & denouncing, and has no problems with normalization."

"We already said, it (the Arab League) is clinically dead, so hurry in burying it ... or even bring Israel to preside it," wrote Moataz Matar, an Egyptian journalist.

"Libya apologized from presiding the Arab League ... who will mourn it after some countries refused to bury it," social media activist Abdullah al-Faresi wrote on his account.

Another activist, Qutob al-Arabi, commented, "This is the first time the Arab countries refuse to chair the Arab League which represented the minimum of the Arab conscience as it now only represents the conscience of the countries that normalize (with Israel)."

On Sept. 15, the UAE and Bahrain signed the U.S.-brokered normalization agreements with Israel at the White House, ignoring the Palestinian rejection.

Palestinians have decried the normalization agreements as a betrayal of their struggle against the decadeslong Israeli occupation of their lands.