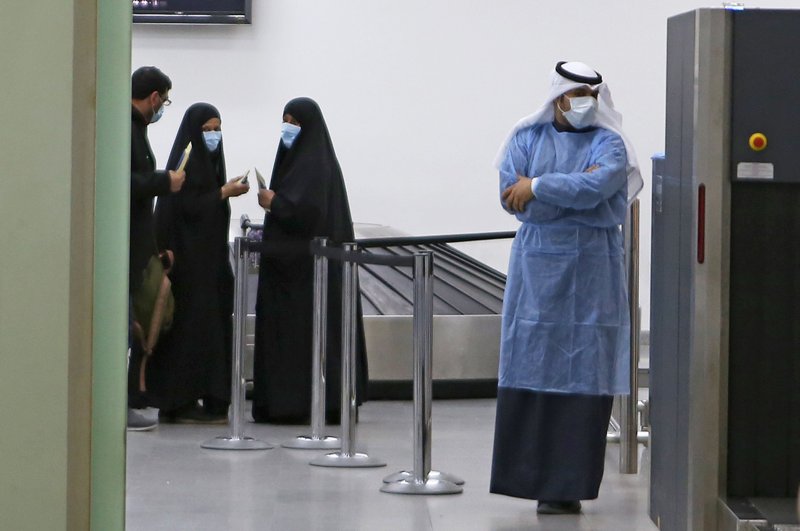 People coming back from Iran wait before being taken to a hospital to be tested for coronavirus, at Sheikh Saad Airport in Kuwait City, Kuwait, Feb. 22, 2020. (AFP Photo)
by Compiled from Wire Services Feb 24, 2020 11:16 am
RECOMMENDED

The infections in Bahrain, Iraq, Kuwait and Oman were all linked to Iran.

Kuwait said three people, including a Saudi national, who returned from Iran were infected by the coronavirus, known as COVID-19, state news agency KUNA said.

The three cases were among the 700 people evacuated from the northeastern Iranian city of Mashhad last week, it added. Iraq has shut its Safwan border crossing with Kuwait to travelers and trade at Kuwait's request, the local mayor told Reuters on Monday.

Bahrain's first case was also a citizen who recently arrived from Iran.

Iraq also confirmed Monday its first coronavirus case in an elderly Iranian national living in the southern city of Najaf, according to health officials.

Iraq had blocked travel to and from Iran days before announcing that the religious seminary student in Najaf is its first confirmed case.

Two Omani women diagnosed with the disease had visited Iran, Oman's health ministry said. They are in stable condition, it added.

Iran reported 12 deaths from the virus – the highest toll outside of China. The Iranian health ministry said there were now 61 confirmed cases in Iran. The country did not report its first case of the virus until Wednesday.

A viral outbreak that began in China has infected more than 78,000 people globally and killed more than 2,500. The World Health Organization has named the illness COVID-19, referring to its origin late last year and the coronavirus that causes it.