Chaos mounts in Israel amid growing protests against Netanyahu 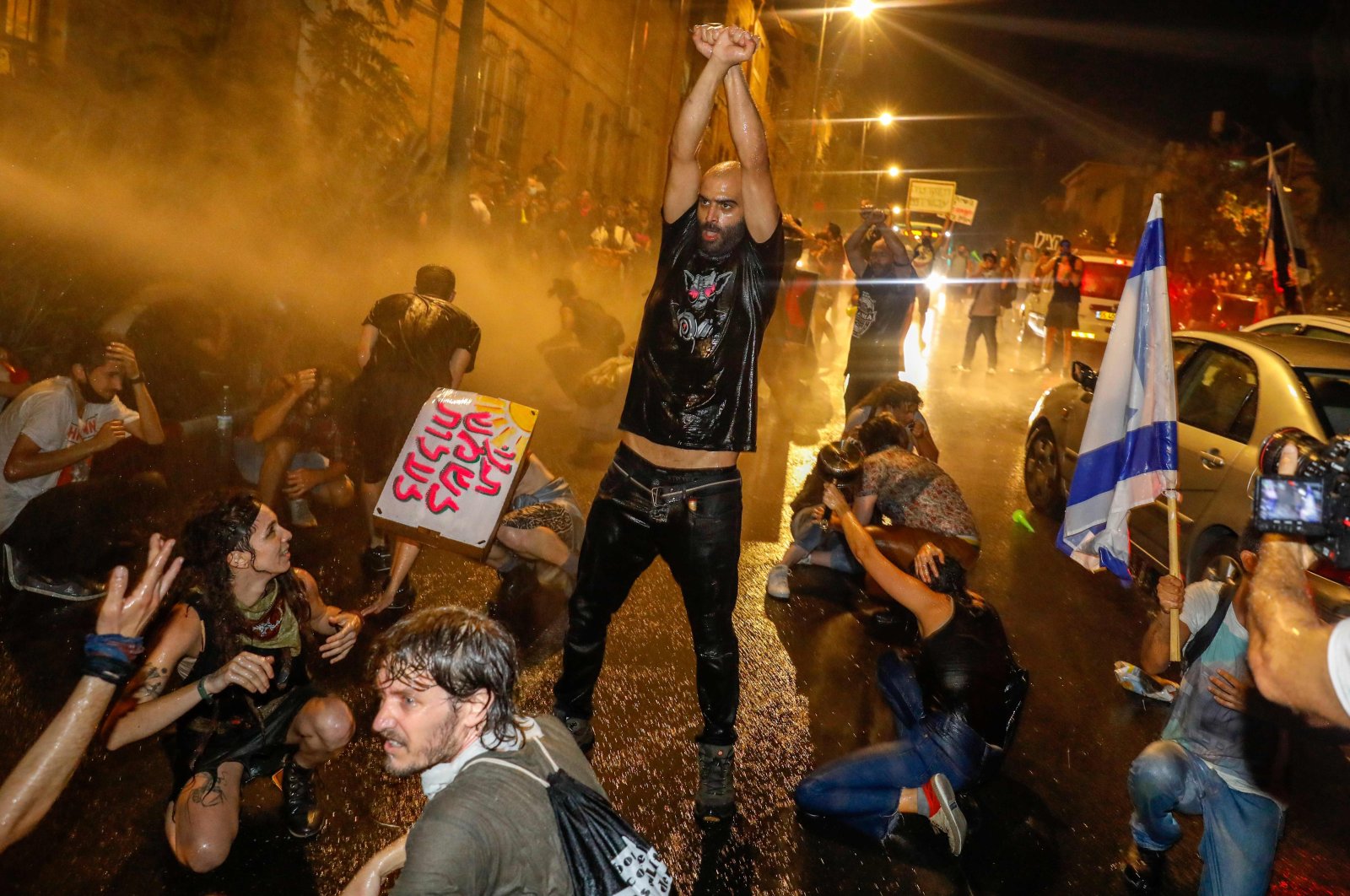 A protestor holds up his fists as Israeli police spray the crowd with a water cannon during a rally against Prime Minister Benjamin Netanyahu, Jerusalem, July 19, 2020. (AFP Photo)
by Daily Sabah with AP
Jul 24, 2020 12:02 pm

As public frustration with Prime Minister Benjamin Netanyahu's government soars in Israel, the anger fueling the demonstrations shows no sign of abating with his official residence on Balfour Street now the focal point of protests that are growing in frequency and size.

Israeli police used water cannons to disperse protesters in central Jerusalem and arrested at least 55 of them as clashes broke out overnight after thousands staged a protest against Netanyahu.

Israelis have held a series of demonstrations in recent weeks calling on Netanyahu to resign, citing his trial on corruption charges and his fractious unity government's poor handling of the coronavirus pandemic. On July 13, the results of an opinion poll conducted by Israeli broadcaster Channel 13 showed that 75% of Israelis were "dissatisfied" with the performance of the Netanyahu government during the coronavirus crisis.

The protest near the prime minister's residence began around sundown on Thursday. Police say they moved in to disperse the protesters when they tried to stage a procession through the city. Police scuffled with demonstrators before four large trucks roared into action, spraying water cannons back and forth, scattering the protesters. At times, it appeared the trucks were spraying protesters from behind as they tried to leave the area peacefully.

Israel imposed a general lockdown when the first coronavirus cases appeared in March and by May had largely succeeded in containing the outbreak. But then it moved quickly to lift virtually all restrictions, and in the following weeks, cases surged. The country has reported a total of more than 57,000 cases and at least 442 deaths. More than 24,000 patients have recovered.

A unity government formed in May following three inconclusive elections in less than a year was supposed to prioritize the pandemic. Instead, it has been plagued by infighting and unable to agree on clear policies to combat the spreading virus.

Netanyahu meanwhile faces charges of bribery, fraud and breach of trust over a series of long-running corruption investigations. Critics say he is more focused on escaping legal accountability than on containing the pandemic. Many have speculated he intends to call yet another election, allegations he dismissed as “absurd” in a Thursday press conference.