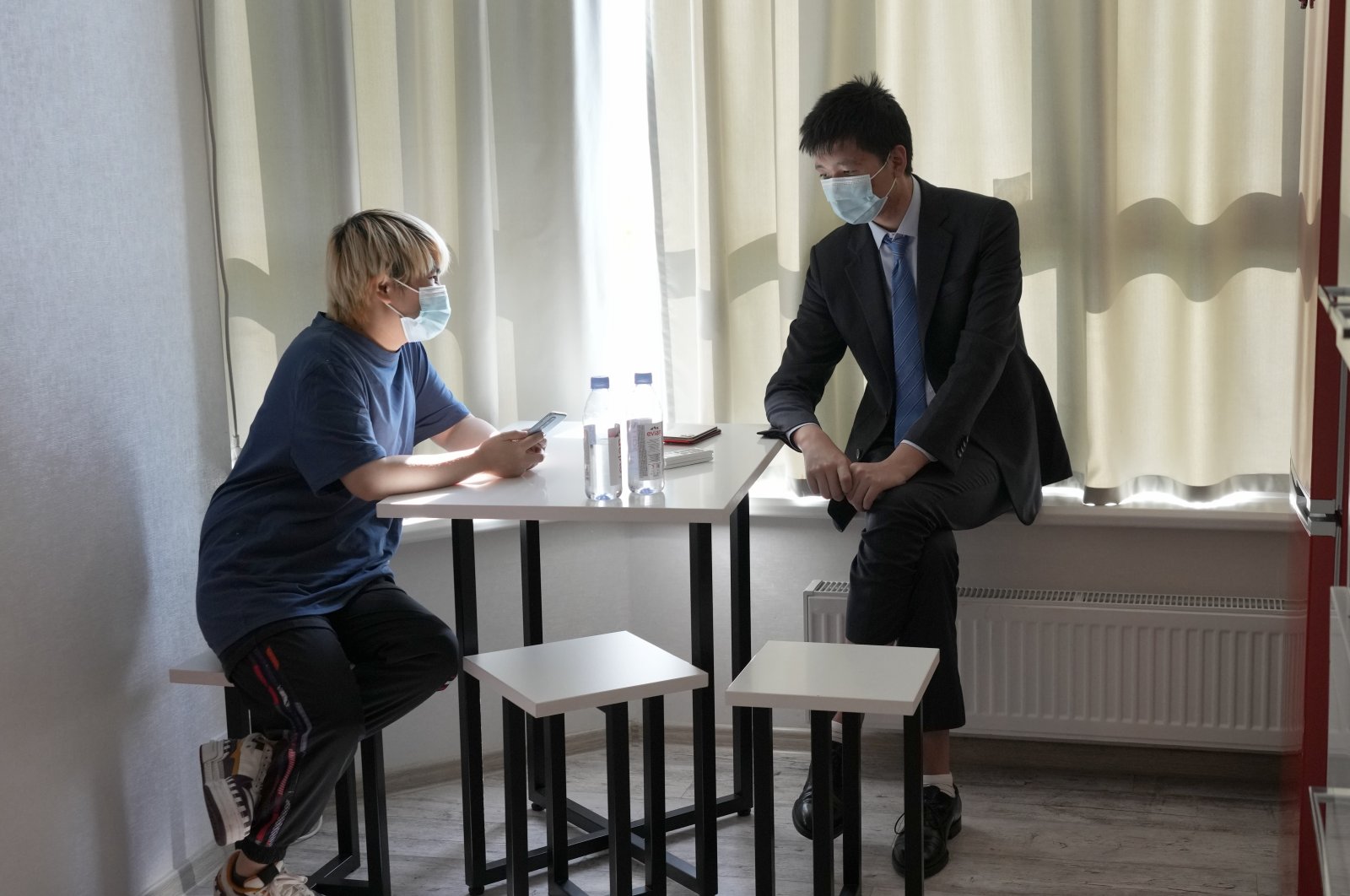 A young Chinese woman says she was held for eight days at a Chinese-run secret detention facility in Dubai along with at least two Uyghurs, in what may be the first evidence that China is operating a so-called "black site” beyond its borders.

The woman, 26-year-old Wu Huan, was on the run to avoid extradition back to China because her fiancé was considered a Chinese dissident. Wu told The Associated Press (AP) she was abducted from a hotel in Dubai and detained by Chinese officials at a villa converted into a jail, where she saw or heard two other prisoners, both Uyghurs.

She was questioned and threatened in Chinese and forced to sign legal documents incriminating her fiancé for harassing her, she said. She was finally released on June 8 and is now seeking asylum in the Netherlands.

While "black sites” are common in China, Wu’s account is the only testimony known to experts that Beijing has set one up in another country. Such a site would reflect how China is increasingly using its international clout to detain or bring back citizens it wants from overseas, whether they are dissidents, corruption suspects or ethnic minorities like the Uyghurs.

The AP was unable to confirm or disprove Wu’s account independently, and she could not pinpoint the exact location of the black site. However, reporters have seen and heard corroborating evidence including stamps in her passport, a phone recording of a Chinese official asking her questions and text messages that she sent from jail to a pastor helping the couple.

Chinese Foreign Ministry spokesperson Hua Chunying said: "What I can tell you is that the situation the person talked about is not true.” Dubai did not respond to multiple phone calls and requests for comment. Yu-Jie Chen, an assistant professor at Taiwan’s Academia Sinica, said she had not heard of a Chinese secret jail in Dubai, and such a facility in another country would be unusual.

"(China) really wasn’t interested in reaching out until recent years,” said Chen, who has tracked China’s international legal actions. Chen said Uyghurs in particular were being extradited or returned to China, which has been detaining the mostly Muslim minority on suspicion of terrorism even for relatively harmless acts like praying.

Wu and her fiance, 19-year-old Wang Jingyu, are not Uyghur but rather Han Chinese, the majority ethnicity in China. Dubai has a history as a place where Uyghurs are interrogated and deported back to China, and activists say Dubai itself has been linked to secret interrogations.

Radha Stirling, a legal advocate who founded the advocacy group Detained in Dubai, said she has worked with about a dozen people who have reported being held in villas in the UAE, including citizens of Canada, India and Jordan but not China.

"There is no doubt that the UAE has detained people on behalf of foreign governments with whom they are allied,” Stirling said. "I don’t think they would at all shrug their shoulders to a request from such a powerful ally.”

However, Patrick Theros, a former U.S. ambassador to Qatar who is now strategic advisor to the Gulf International Forum, called the allegations "totally out of character” for the Emiratis.

On May 27, Wu said, she was questioned by Chinese officials at her hotel and then taken by Dubai police to a police station for three days. On the third day, she said, a Chinese man who introduced himself as Li Xuhang came to visit her. He told her he was working for the Chinese consulate in Dubai, and asked her whether she had taken money from foreign groups to act against China.

Li Xuhang is listed as consul general on the website of the Chinese consulate in Dubai. The consulate did not return multiple calls asking for comment and to speak with Li directly.

Wu said she was handcuffed and put in a black Toyota. After half an hour, she was brought inside a white villa with three stories, where rooms had been converted into individual cells, she said. Wu was taken to her own cell, with a heavy metal door, a bed, a chair and a white fluorescent light that was on all day and night.

She said she was questioned and threatened several times in Chinese. She saw another prisoner, an Uyghur woman, while waiting to use the bathroom once, she said. A second time, she heard an Uyghur woman shouting in Chinese, "I don’t want to go back to China, I want to go back to Turkey.” Wu identified the women as Uyghurs, she said, based on their distinctive appearance and accent.

The guards also gave her a phone and a sim card and instructed her to call her fiancé and pastor Bob Fu, the head of ChinaAid, a Christian non-profit, who was helping the couple. Wang confirmed to the AP that Wu called and asked him for his location. Fu said he received at least four or five calls from her during this time, a few on an unknown Dubai phone number, including one where she was crying and almost incoherent.

The AP also reviewed text messages Wu sent to Fu at the time, which are disjointed and erratic. The last thing Wu's captors demanded of her, she said, was to sign documents testifying that Wang was harassing her.

"I was really scared and was forced to sign the documents,” she told the AP.

After Wu was released, she flew to Ukraine, where she was reunited with Wang. After threats from Chinese police that Wang could face extradition from Ukraine, the couple fled again to the Netherlands. Wu said she misses her homeland.

"I’ve discovered that the people deceiving us are Chinese, that it’s our countrymen hurting our own countrymen,” she said. Staff reporters Nomaan Merchant and Matt Lee contributed to this report from Washington, D.C.