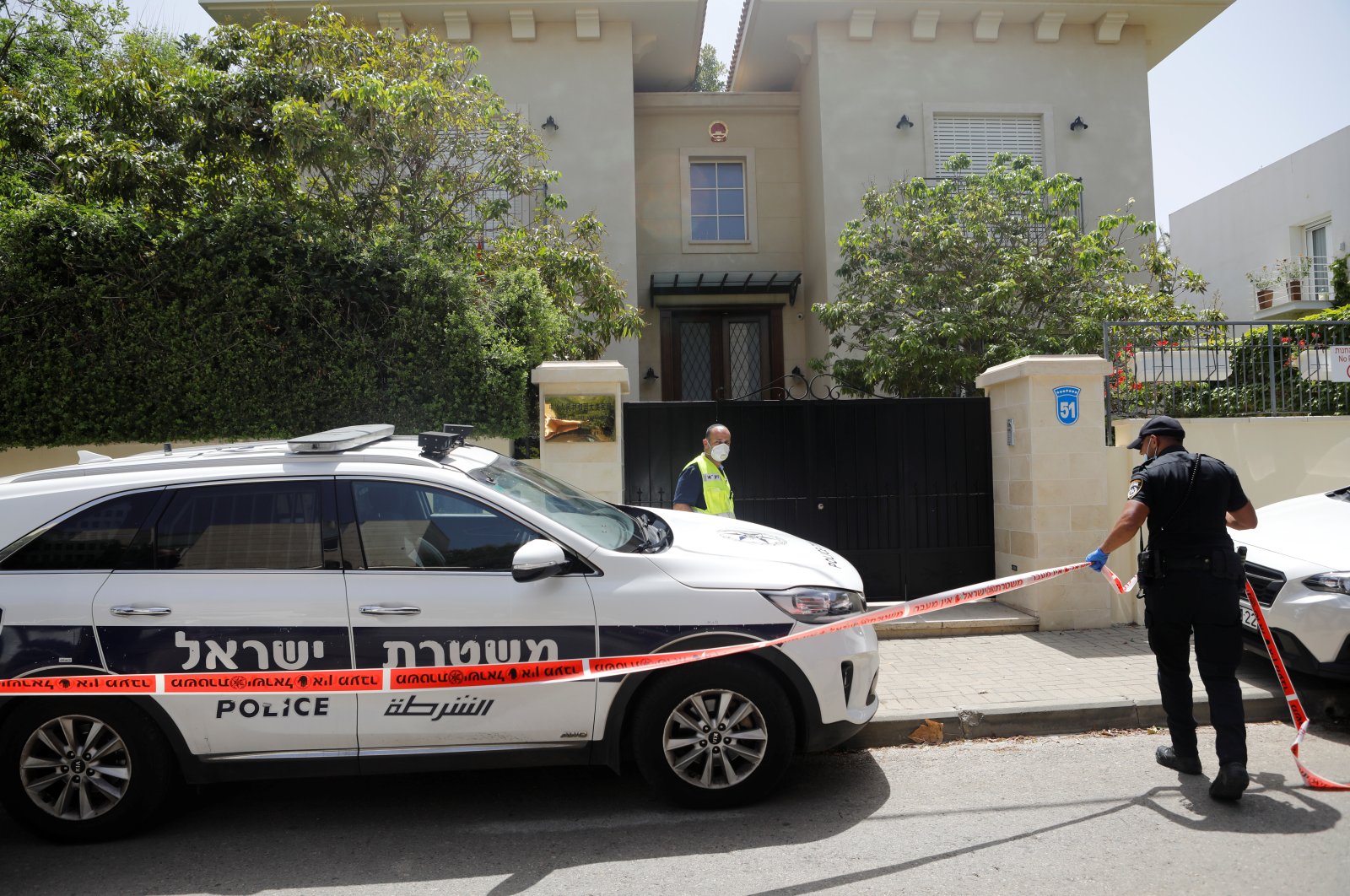 An Israeli policeman cordons off an area near the house of China's ambassador to Israel, Du Wei, in Herzliya, near Tel Aviv, Israel May 17, 2020. (Reuters Photo)
by Daily Sabah with Agencies May 17, 2020 10:55 am
RECOMMENDED

China's Ambassador to Israel Du Wei has been found dead in his apartment on the outskirts of Tel Aviv, the Israeli foreign ministry confirmed on Sunday.

The 58-year-old envoy, who had arrived in Israel in mid-February, was found dead in his home in Herzliya, north of the city, spokesman Micky Rosenfeld told AFP, adding that police were investigating.

Du had arrived in the country in February after having served as ambassador to Ukraine from 2016 to 2019.

His wife and son were not with him in Israel, the ministry said in the statement.

The Chinese foreign ministry said it would only comment when it had "solid" information.

Israeli police and forensics teams could be seen at the residence, a property guarded by a low wall and shaded by a leafy garden, AFP reporters said.

Police are investigating the circumstances surrounding his death.

The Haaretz daily said initial reports said staff had found Du dead in his bed and that there were no signs of violence.

It quoted Israel's emergency medical service Magen David Adom as saying the cause of death appeared to be a cardiac incident.

A spokesman for the medical service would not provide any official information.

Du had undergone a 14-day home quarantine on arrival in Israel because of the new coronavirus outbreak, according to an interview with local media in May.

On April 2, Israel Hayom, the top-circulation Hebrew newspaper, published an editorial by Du on the theme that "Collaboration is the Cure for the Virus."

The ambassador's death comes just two days after he condemned comments by visiting U.S. Secretary of State Mike Pompeo, who denounced Chinese investments in Israel and accused China of hiding information about the coronavirus outbreak.

China and Israel, a strong U.S. ally, have boosted cooperation in the high-tech and other sectors, leading Washington to urge Israel to limit Chinese investment in its strategic sectors.