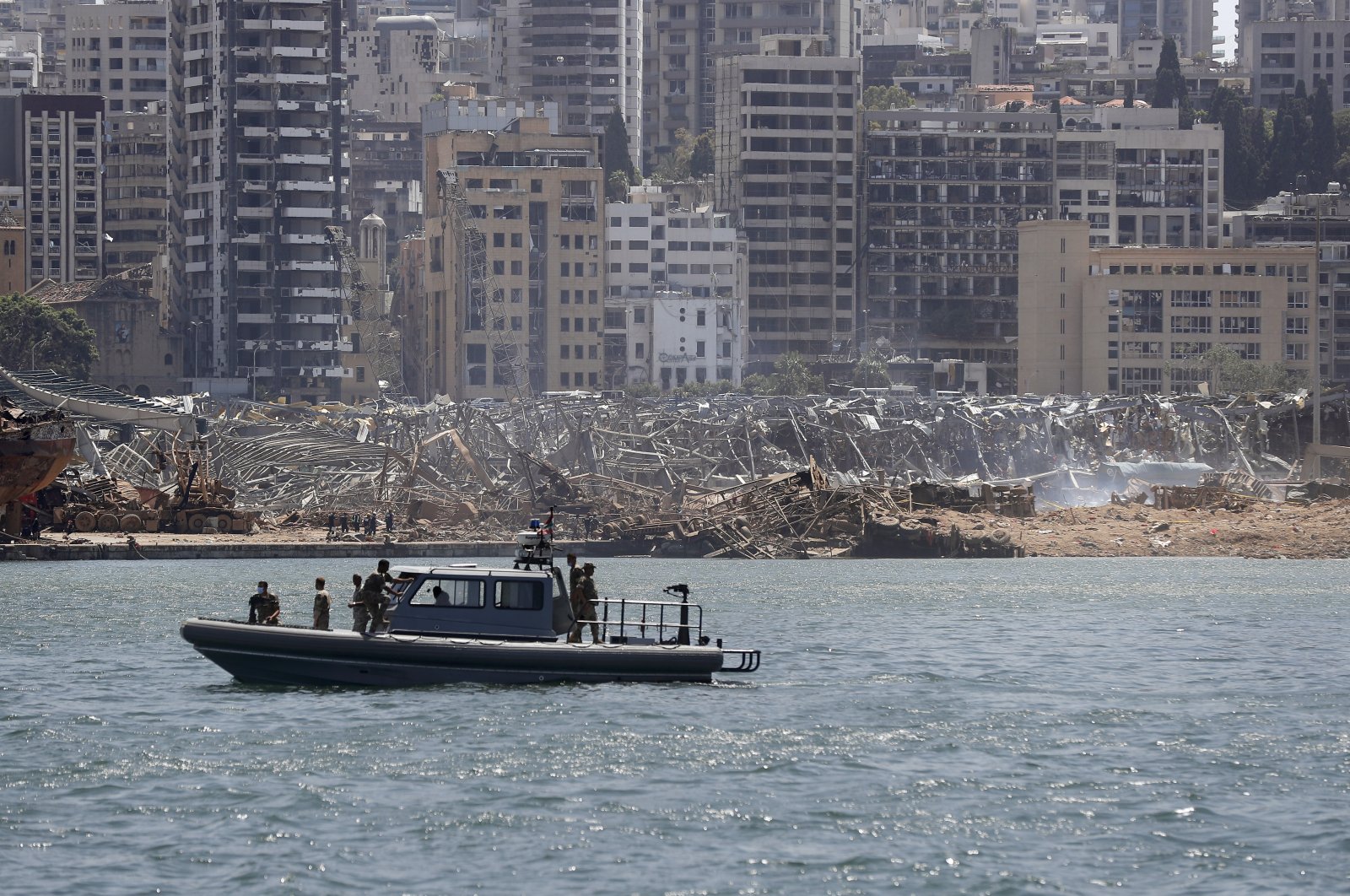 Lebanese navy patrol the sea in front of damaged resident buildings and the destroyed port warehouses at the scene of Tuesday's explosion that hit the seaport of Beirut, Lebanon, Saturday, Aug. 8, 2020. (AP Photo)
by French Press Agency - AFP Aug 09, 2020 11:50 am
RECOMMENDED

The blast Tuesday, which was felt across the county and as far as the island of Cyprus, was recorded by the sensors of the American Institute of Geophysics (USGS) as having the power of a magnitude 3.3 earthquake.

It was triggered by a fire in a port warehouse, where a huge shipment of hazardous ammonium nitrate, a chemical that can be used as a fertilizer or as an explosive, had languished for years, according to the authorities.

The huge blast also wounded at least 6,000 people and displaced more than 300,000 from their destroyed or damaged homes.

The revelation that the chemicals had languished for years like a ticking time bomb in the heart of the capital has served as shocking proof to many Lebanese of the rot at the core of the state apparatus.

Demonstrators on Sunday called for renewed anti-government rallies after a night of angry protests saw them storm several ministries before being expelled by the army.

It was a new tactic for a protest movement that emerged last October to demand the removal of a political class long accused of being inept and corrupt.

"The explosion in the port has left a crater 43 meters deep," the Lebanese security official told AFP, citing assessments by French experts working in the disaster area.

The crater is much larger than the one left by the enormous blast in 2005 that killed former prime minister Rafic Hariri, which measured 10 meters across and two meters deep, according to an international tribunal investigating his murder.

French rescue and police teams are among a much larger group of international emergency response specialists that have flooded into Lebanon to ease pressure on local authorities unable to cope with the disaster relief on their own.

Qatari, Russian and German rescuers are also working at the port blast site.