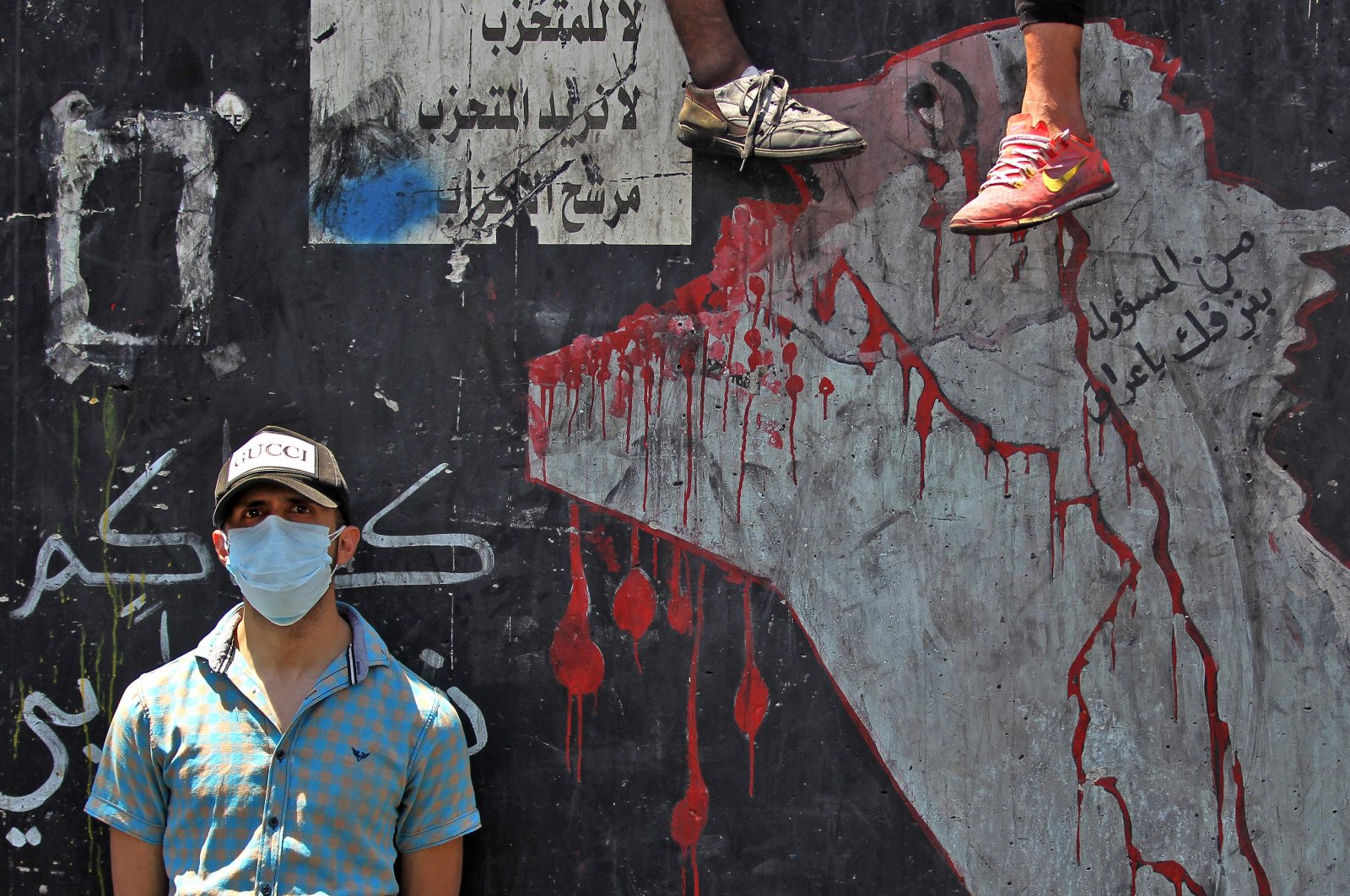 An Iraqi protester, wearing a protective mask, stands on the Al-Jumhuriyah bridge during an anti-government demonstration, Baghdad, Iraq, May 11, 2020. (AFP Photo)
by DAILY SABAH WITH AA May 15, 2020 1:33 pm
Edited By Dilara Aslan
RECOMMENDED

Mehdi Taki, a member of the Saladin Provincial Council's security commission, told Anadolu Agency (AA) that a village headman and his two brothers were killed in the armed attack. The terrorists also set fire to the village headman's home. Security forces have launched an operation, Taki added.

In late 2017, officials in Baghdad declared Daesh’s presence in Iraq all but eradicated. But the terrorists still have a presence in the rural areas of Anbar, Diyala, Kirkuk, Saladin and Mosul. The Iraqi army continues to carry out frequent operations against the group in these parts of the country.

On the other side, the terrorist group also set fire to agricultural land in Iraq's northern province of Kirkuk late Thursday.

Qais Abdul-Razak, a spokesman for Kirkuk's Civil Defense Directorate, told Anadolu Agency (AA) that 10 decares of land in the district of Dibis were set ablaze. One decare equals 1,000 square meters (3,281 square feet). He added that many firefighters were dispatched to the region after the incident.

The Daesh terror group has increased its attacks in Iraq, especially in rural areas, amid political instability and security weakness in the country as well as the U.S.-led coalition forces' withdrawal due to the coronavirus outbreak. Daesh has been trying to strengthen its operational capability in rural areas since mass protests against the Iraqi government erupted in October in the capital Baghdad and southern provinces.

A total of 170 civilians and security officials lost their lives in the first four months of this year due to Daesh attacks and other acts of violence, Iraq's Defense Ministry said in an April statement.

Recently, the number of attacks on security forces in Kirkuk, Mosul, Anbar, Saladin and Diyala provinces has increased considerably.