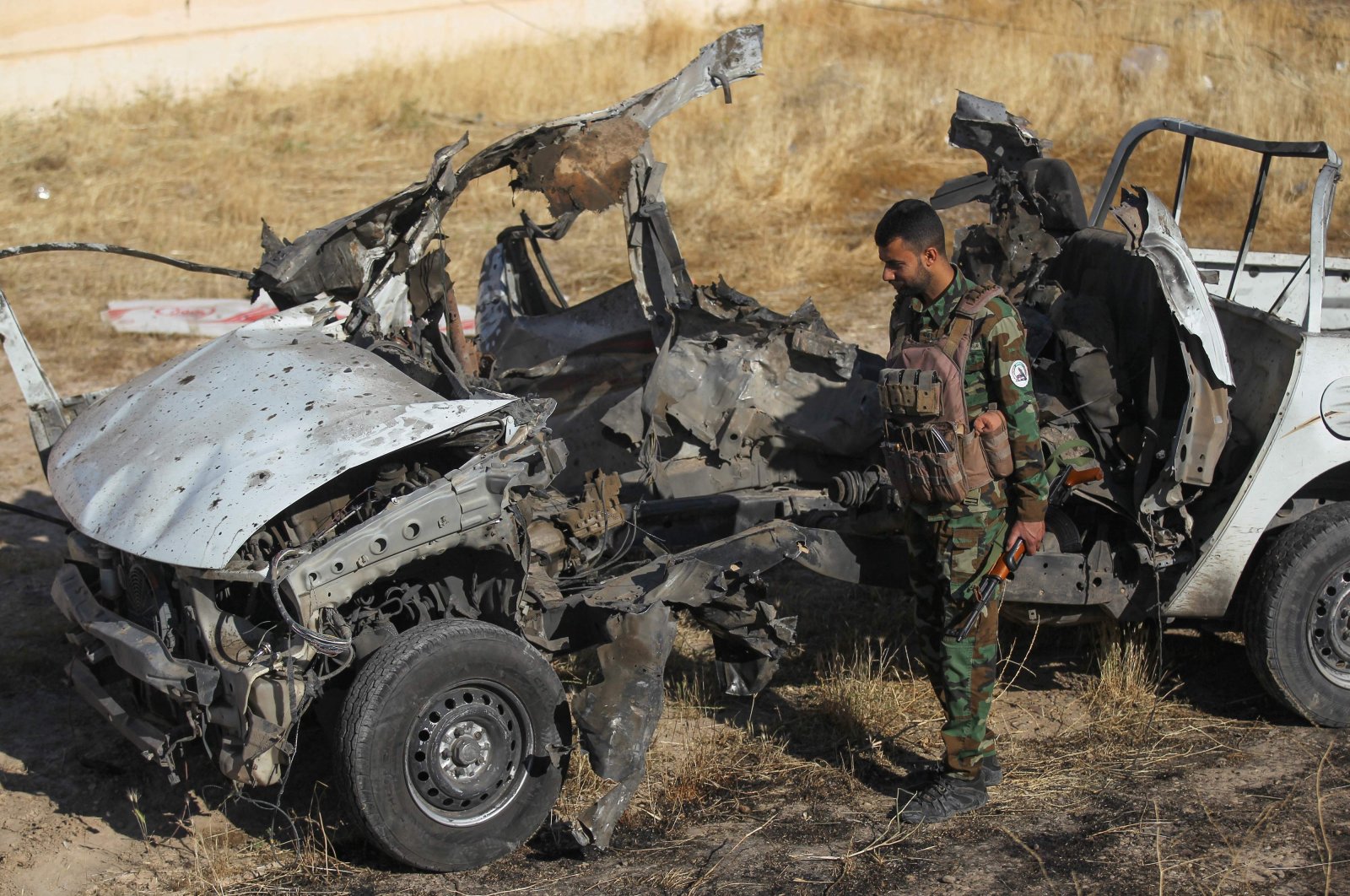 An Iraqi fighter with the Hashed al-Shaabi inspects the site of Daesh attack on a unit of the paramilitary force, Mukaishefah, May 3, 2020. (AFP Photo)
by Compiled from Wire Services May 04, 2020 11:57 am
RECOMMENDED

The bloodiest so far was an ambush early Saturday that killed 10 Iraqi fighters north of Baghdad that observers say demonstrated a new escalation in the terrorist group's tactics but one that could still be contained. Iraq declared Daesh defeated in late 2017, but sleeper cells have survived in remote northern and western areas, where security gaps mean the group wages occasional attacks. Intelligence reports say the number of Daesh militants in Iraq is believed to be 2,500-3,000.

In Syria, one of the most significant attacks occurred on April 9, when Daesh militants attacked regime positions in and near the town of Sukhna. The regime brought in reinforcements for a counterattack backed by Russian airstrikes. Two days of fighting left 32 troops and 26 Daesh gunmen dead, according to the Britain-based Syrian Observatory for Human Rights, which tracks the country’s nine-year war. Days later, the Syrian regime said that because of the security situation in the desert, several gas wells in the fields of Shaer and Hayan were damaged, leading to a 30% drop in electricity production.

Daesh in late March launched a campaign of attacks in regime-held parts of Syria, from the central province of Homs all the way to Deir el-Zour to the east, bordering Iraq. Some 500 militants, including some who had escaped from prison, recently crossed from Syria into Iraq, helping fuel the surge in violence there, Iraqi intelligence officials said.

Daesh is shifting from local intimidation to more complex attacks, three Iraqi military officials and experts said. Operations previously focused on assassinations of local officials and less sophisticated attacks. Now the group is carrying out more IED attacks, shootings and ambushes of police and military. The officials spoke on condition of anonymity because they were not authorized to talk to the media.

Multiple factors help the militants. The number of Iraqi military personnel on duty has dropped 50% because of virus prevention measures, the military officials said.

Also, territorial disputes between Baghdad and authorities from the northern Kurdish autonomy zone have left parts of three provinces without law enforcement. The rugged landscape is difficult to police.

The uptick also coincides with a pullout of U.S.-led coalition forces from bases in western Iraq, Nineveh and Kirkuk provinces in line with a withdrawal conceived in December.