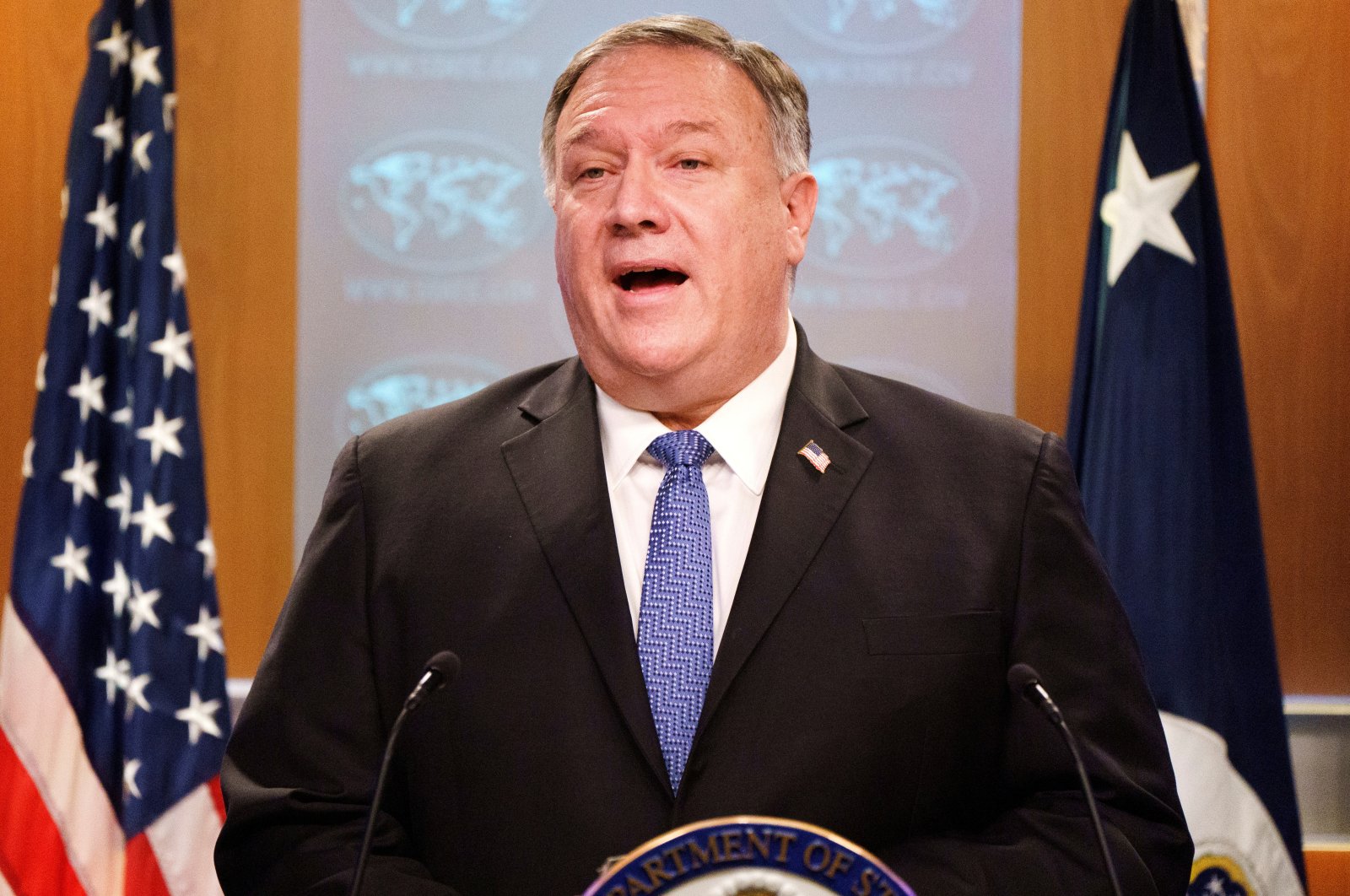 The decision to blacklist the Iran-aligned group, which was first reported by Reuters hours earlier, comes as the administration of President-elect Joe Biden prepares to take over from the Trump administration on Jan. 20.

"The Department of State will notify Congress of my intent to designate Ansar Allah sometimes referred to as the Houthis as a Foreign Terrorist Organization (FTO)," Pompeo said in a statement late on Sunday.

The Trump administration has been piling on sanctions related to Iran in recent weeks, prompting some Biden allies and outside analysts to conclude that Trump aides are seeking to make it harder for the incoming administration to reengage with Iran and rejoin an international nuclear agreement.

"These designations will provide additional tools to confront terrorist activity and terrorism by Ansar Allah, a deadly Iran-backed militia group in the Gulf region,” he added, according to remarks carried by The Associated Press (AP). "The designations are intended to hold Ansar Allah accountable for its terrorist acts, including cross-border attacks threatening civilian populations, infrastructure and commercial shipping. ”

He also pointed to a Dec. 30 attack on an airport in Yemen's second city Aden, which killed 26 people. The Saudi-backed government blamed that attack on the Houthis.

The U.S. planned to put in place measures to reduce the impact of the step on humanitarian activity and imports into Yemen, he added. Pompeo said that with the implementation of these designations on Jan. 19, the U.S. Treasury Department will provide some licenses that will apply to some humanitarian activities conducted by nongovernmental organizations (NGOs) in Yemen and to certain transactions related to exports to Yemen of critical commodities like food and medicine.

The Treasury Department has the power to carve out exceptions by issuing special licenses to humanitarian groups to ship food and medical supplies to heavily sanctioned countries, as it has done with Iran and Venezuela. The designation has been the subject of weeks of fierce debate within the Trump administration, and internal disagreements over how to carve out exceptions for aid shipments held up a final decision on the blacklisting, multiple sources told Reuters.

A Saudi Arabia-led military coalition intervened in Yemen in 2015, backing government forces fighting the Houthi group. United Nations officials are trying to revive peace talks to end the war as the country's suffering is also worsened by an economic and currency collapse and the COVID-19 pandemic.

In Tehran, when asked about the U.S. move, Iranian Foreign Ministry spokesman Saeed Khatibzadeh told a weekly news conference: "It is likely that the bankrupt U.S. government might try to further tarnish the United States' image in its remaining days and poison the American heritage."

The Houthi movement on Monday condemned the move and said they reserved the right to respond.

"These policies represent a crisis in thinking and are to be condemned, and we have the right to respond," Houthi political commander Mohamed Ali al-Houthi said in a tweet. "The Yemeni people don't care about any designation from Trump's administration as it is a partner in killing Yemenis and starving them," he added.

The United Nations describes Yemen as the world's largest humanitarian crisis, with 80% of its people in need of help. Top U.N. officials have warned that millions of people are facing famine and more money is needed to deliver aid.

The Houthi group is the de facto authority in northern Yemen, and aid agencies have to work with it to deliver assistance. Aid workers and supplies also come in through Houthi-controlled Sanaa airport and Hodeida port.

"This serves no interest at all," Ryan Crocker, a retired U.S. ambassador who served in the Middle East, said of the designation. "Are there elements among the Houthis who have been involved in terrorist acts? Sure. Just as with other groups in the Middle East."

"The Houthis are an integral part of Yemeni society. They always have been. This is making a strategic enemy out of a local force that has been part of Yemen for generations. They are not Iranian pawns," he said.

In November, U.N. Secretary-General Antonio Guterres said Yemen was in "imminent danger of the worst famine the world has seen for decades," warning against any unilateral moves as the U.S. threatened to blacklist the Houthis.

The Norwegian Refugee Council, one of the main humanitarian agencies active in Yemen, said Monday the designation and Pompeo's planned sanctions on the Houthis "will hamstring the ability of aid agencies to respond” to the humanitarian needs of millions of Yemenis.

"Yemen’s faltering economy will be dealt a further devastating blow,” said Mohamed Abdi, the group's director for Yemen. "Getting food and medicine into Yemen – a country 80% dependent on imports – will become even more difficult."

Relief organizations have long warned that sanctions could prove catastrophic for efforts to help starving Yemeni civilians caught in the conflict between the Houthis and the Yemeni government, backed by the Saudi-led coalition that has been waging war against the rebels.

Six years of a grinding conflict have left the majority of Yemen's nearly 30 million people in need of humanitarian aid. The war has killed more than 112,000 people so far. The conflict started in 2014 when the Houthis overran the north and the capital, Sanaa. The following year, the Saudi-led coalition intervened to wage war on the Houthis and to restore President Abed Rabbo Mansour Hadi’s government to power.