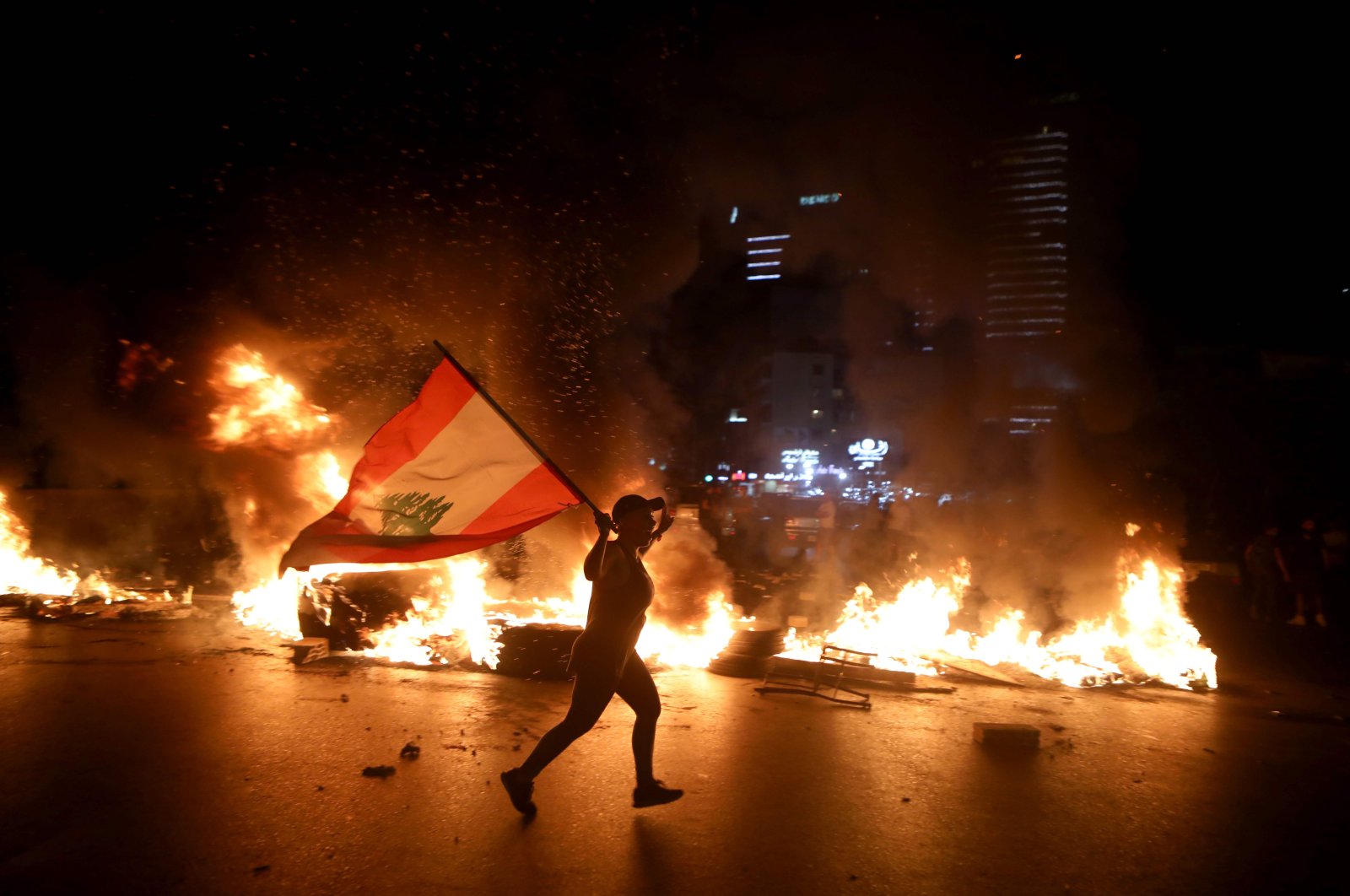 Protesters across Lebanon have been in the streets the last few days as the Lebanese pound lost at least 25% of its value against the U.S. dollar. With this economic failure, protesters have intensified their demonstrations against the government and the political system in general. Although the country witnessed similar protests before the COVID-19 outbreak, the recent protests have turned violent as people started clashing with police and other security forces.

From Akkar in the north to Tripoli in the south and particularly in the capital Beirut, hundreds of thousands of people were in the streets regardless of their affiliations in the heavily sectarianized country. Parts of the Central Bank building were set ablaze while several private banks were vandalized. The Lebanese Red Cross reported at least 41 people were wounded in the clashes.

The already high unemployment rate further increased in the last few months, especially after the country's pandemic-triggered economic recession. Moreover, a shortage of U.S. dollar reserves caused the Lebanese pound to be smashed. According to recent data, $1 is equal to 1.52 Lebanese pound. This rate, however, is different on the black market where $1 is sold for 5 Lebanese pound. The shortages of foreign currency reserves along with skyrocketing unemployment have deteriorated living standards and caused a rapid rise in prices.

The main displeasure of the Lebanese people appears to be with the current political system. From October to January, mass protests were held demanding fundamental change to the political system. The movement was initially launched in reaction to a proposed tax on internet call services such as WhatsApp, but have since gained momentum as anger continues to grow against the ruling elite and the country's political system at large. At the national level, the protests aim to address the deterioration of economic opportunities in the country. High unemployment, high tax rates, a lack of infrastructure, energy shortages and limited access to basic needs have all been sources of public frustration.

Much of the frustration is built into the Lebanese constitution, which dictates that the president must be a Christian and the prime minister and parliamentary speaker must be Muslims. The prime minister has to be elected from among Sunni candidates, whereas the speaker must be a Shiite. The country is divided among the religious and sectarian groups, all of whom are considered to be aligned with external powers. The Christians are widely supported by the West, the Sunnis are provided large funds by Saudi Arabia and other Gulf countries and the Shiites have direct relations with Iran.