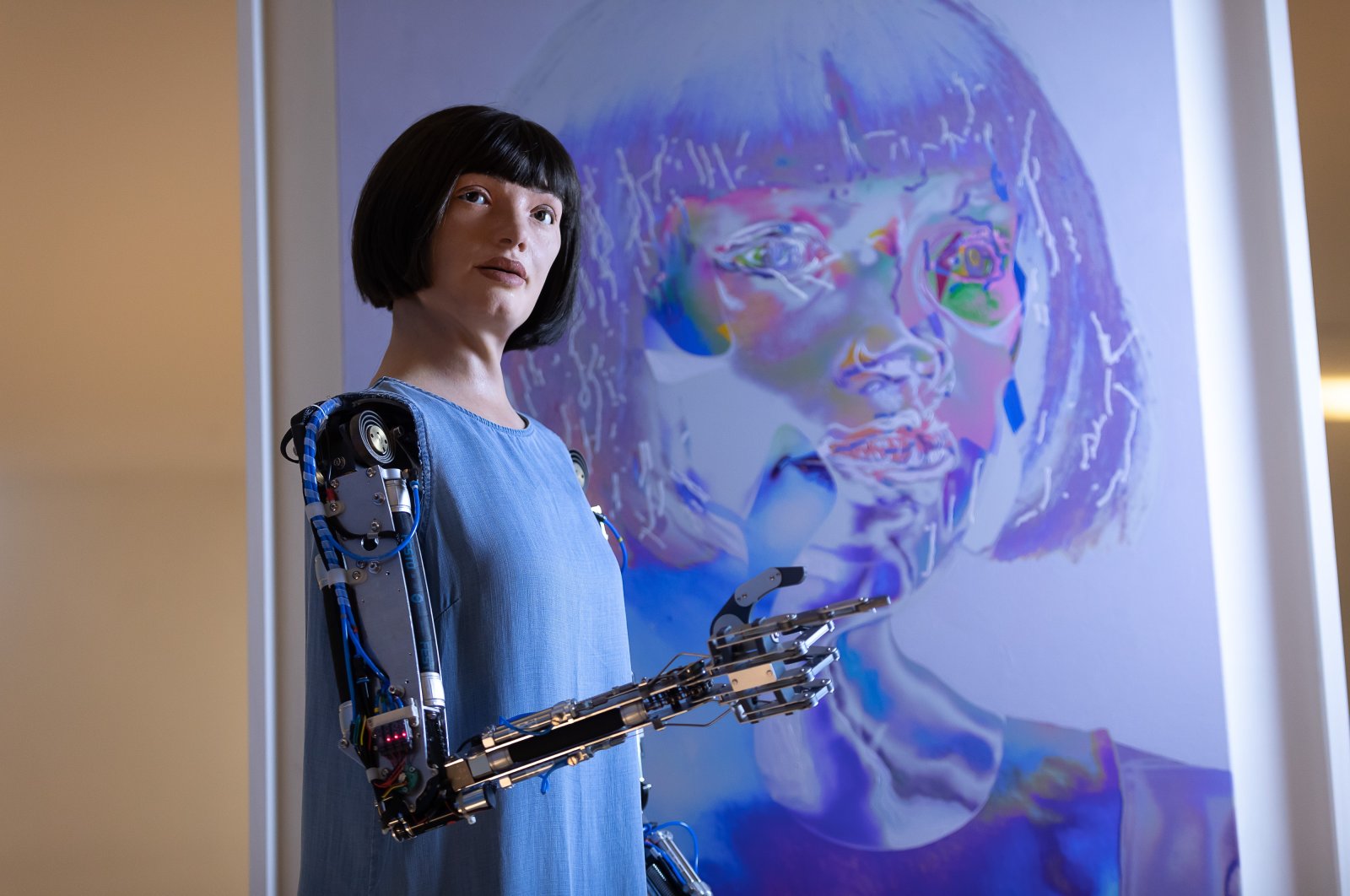 Egyptian authorities have released Ai-Da, an artificial intelligence robot who makes drawings, paintings and sculptures, after holding her in custody for 10 days on security grounds.

The arrest came just ahead of the contemporary exhibit "Forever is Now" organized by Art D'Egypte, the Egyptian Ministry of Antiquities and Tourism and the Foreign Affairs Ministry at the 4,500-year-old UNESCO World Heritage Site. The first-of-its-kind event will last until Nov. 7.

Ai-Da was supposed to present her work at the Great Pyramid of Giza on Thursday, marking it the first time contemporary art has been allowed next to the pyramid in thousands of years.

“The exhibition represents a merging of ancient heritage and contemporary art,” Art d’Egypte said in a statement, according to The Art Newspaper. “We wanted to show the link between our history and our present that will last forever, the deep global impact of ancient Egypt, and the continuity of this impact through contemporary arts.”

According to media reports, the robot was detained by security guards at the airport due to her modem and eye cameras, which according to Ai-Da's creator Aidan Meller, are used by the robot for identification as well as to sketch and paint.

“The British ambassador has been working through the night to get Ai-Da released, but we’re right up to the wire now,” Meller, who first unveiled the humanoid artist two years ago, told British daily the Guardian. “It’s really stressful,” he added.

“I can ditch the modems, but I can’t really gouge her eyes out,” Meller added.

The detention of the artificial artist triggered a diplomatic row between Egypt and the United Kingdom, with the British Embassy in Cairo calling on authorities to release Ai-Da, whose works have been presented on different platforms, including at the Victoria & Albert Museum, the London Design Festival, the Design Museum and Tate Modern. Shortly after Egyptian officials freed Ai-Da and the embassy expressed its relief saying it was “glad” the case had been resolved.

“She is an artist robot, let’s be really clear about this. She is not a spy," said Meller, an Oxford gallerist, decrying the detention. "People fear robots, I understand that. But the whole situation is ironic, because the goal of Ai-Da was to highlight and warn of the abuse of technological development, and she’s being held because she is technology."

"Ai-Da would appreciate that irony, I think,” Meller said.

The robot's sophisticated artificial intelligence (AI) algorithms, developed by students at Oxford University, allow her to transform what she sees through cameras inserted into her eyes into fine art.

“We are trying to get Ai-Da to foreshadow technology going forward. As the artworks are questioning technology, I’m pleased the Egyptian authorities are fearful," Mellor told the U.K.'s Times newspaper. "We all need to be wary of the speed of technological developments today,” he added.

The AI robot was presented in 2019 and named after English mathematician and computer pioneer Ada Lovelace.