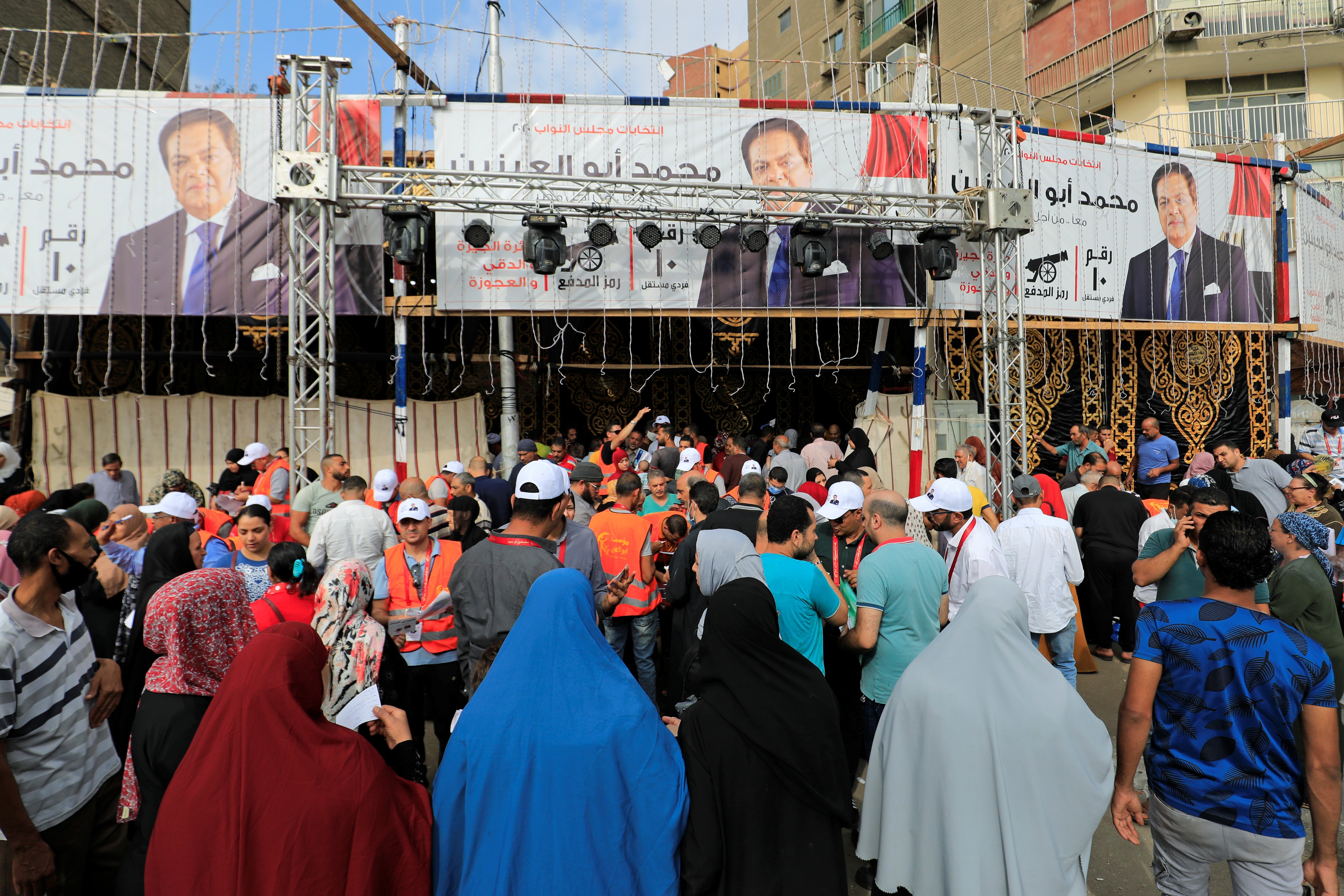 People queue to cast their votes during the first round of Egypt's parliamentary elections in Giza, Egypt, Oct. 24, 2020. REUTERS/Amr Abdallah Dalsh
by ASSOCIATED PRESS
Oct 24, 2020 11:14 am

Egyptians began voting Saturday in the first stage of a parliamentary election, a vote that is highly likely to produce a toothless House of Representatives packed with supporters of President Abdel-Fattah el-Sissi.

The elections are taking place as the Arab world’s most populous country faces a slight increase in coronavirus cases, with authorities warning that a second wave of the pandemic lies ahead.

Like the Senate elections in August, Egyptian election authorities said face masks would be handed out to voters for free and polling stations were disinfected.

Some 63 million voters are eligible to vote in the two-stage election, with results announced in early December. Election authorities reiterated previous warnings that those who boycott the vote could be fined up to 500 Egyptian pounds ($32).

A total of 568 seats are up for grabs, with over 4,000 candidates running as individuals competing for 50% of the seats. Prominent, wealthy government-affiliated power brokers have an advantage.

The other 50% of House seats are reserved for over 1,100 candidates running on four party lists. El-Sissi will name 28 seats, or 5%, bringing the total number of seats in the chamber to 596.

The first stage of voting was taking place Saturday and Sunday in 14 of Egypt’s 27 provinces, including Giza and the Mediterranean port city of Alexandria. Egyptian expatriates abroad voted earlier this week.

Voting in the country’s 13 other provinces, including the capital Cairo and the two provinces on the Sinai Peninsula, will take place on Nov. 7-8. Each stage of the vote will be followed by runoff elections.

Final results will be announced in December and the new chamber will hold its inaugural session shortly afterward.

The vote is taking place amid an atmosphere in which public criticism of the government is strongly discouraged. Most Egyptian media are supportive of el-Sissi and regularly berate critics as traitors or supporters of the banned Muslim Brotherhood group.

In recent years, authorities have ratcheted up their crackdown on dissent, targeting political opponents, pro-democracy activists, journalists and online critics. The tactic has left the president and his supporters with no formal political opposition.

Critics say the 596-seat legislature will be like the previous one, which was little more than a rubber stamp for el-Sissi's policies, leaving the general-turned-president with almost unchecked power.