Egypt kills 57 people in mass executions in past 2 months 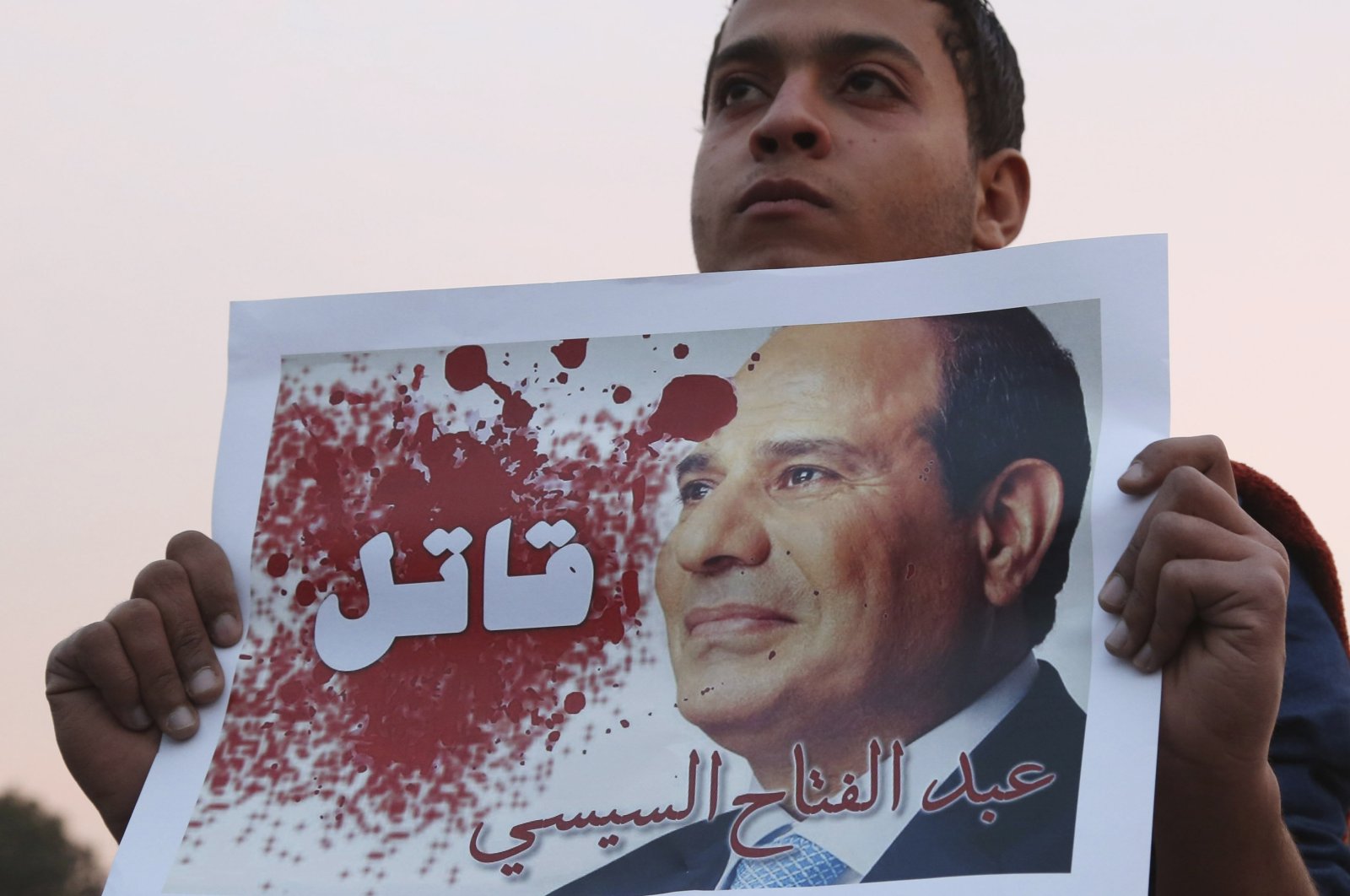 A man holds a poster of Egyptian President Abdel-Fattah el-Sissi with the word "Killer" on it during a silent protest over a bridge, Cairo, Egypt, Feb. 14, 2015. (REUTERS Photo)
by Daily Sabah with Reuters Dec 04, 2020 12:34 pm
RECOMMENDED

Egypt executed 57 men and women in October and November, some of whom were arrested during a deadly crackdown on a mass protest in 2013, nearly double the 32 people reported in the whole of 2019, Amnesty International said Wednesday.

The rights group said the real number was likely to be higher "as Egyptian authorities do not publish statistics on executions or the number of prisoners on death row; nor do they inform families or lawyers in advance of executions." Amnesty said it had been unable to independently verify pro-government media reports of more than 30 additional executions during the same period. The group said the "execution spree" followed an incident in September at Cairo's notorious Tora prison in which several policemen and death-row prisoners were killed in a botched breakout attempt.

Between Oct. 3-13, Egypt executed a total of 47 men and two women, according to a statement issued by Human Rights Watch (HRW). The group said 15 of those executed had been convicted of involvement in political violence that followed the military overthrow in July 2013 of Egypt’s first democratically elected president, Mohammed Morsi.

The New York-based rights group said 13 of the executions in October took place in Cairo's notorious supermax facility known as “Scorpion” following clashes last month inside the death row ward that left four policemen and four inmates dead. At the time, authorities said the four prisoners, who had been sentenced to death in separate terrorism-related cases, were killed during an escape attempt.

Egypt has witnessed an unprecedented crackdown on dissents under the rule of President Abdel-Fattah el-Sissi since the ouster of Morsi. The military crushed the Muslim Brotherhood movement in a major crackdown, arresting Morsi and many of the group's other leaders, who have been in prison undergoing multiple trials ever since the coup. Egyptian authorities have killed hundreds of Muslim Brotherhood supporters and sent thousands to prison for inciting violence. Activists consider the repression the worst in Egypt's modern history. Rights groups estimate that about 60,000 detainees in Egypt are political prisoners.

Egyptian courts have sentenced some 3,000 people to death since 2014, when el-Sissi took power, according to the Arab Network for Human Rights Information, an independent organization that documents human rights violations in the Middle East and North Africa. That compares with fewer than 800 death sentences in the previous six years, according to Amnesty International.