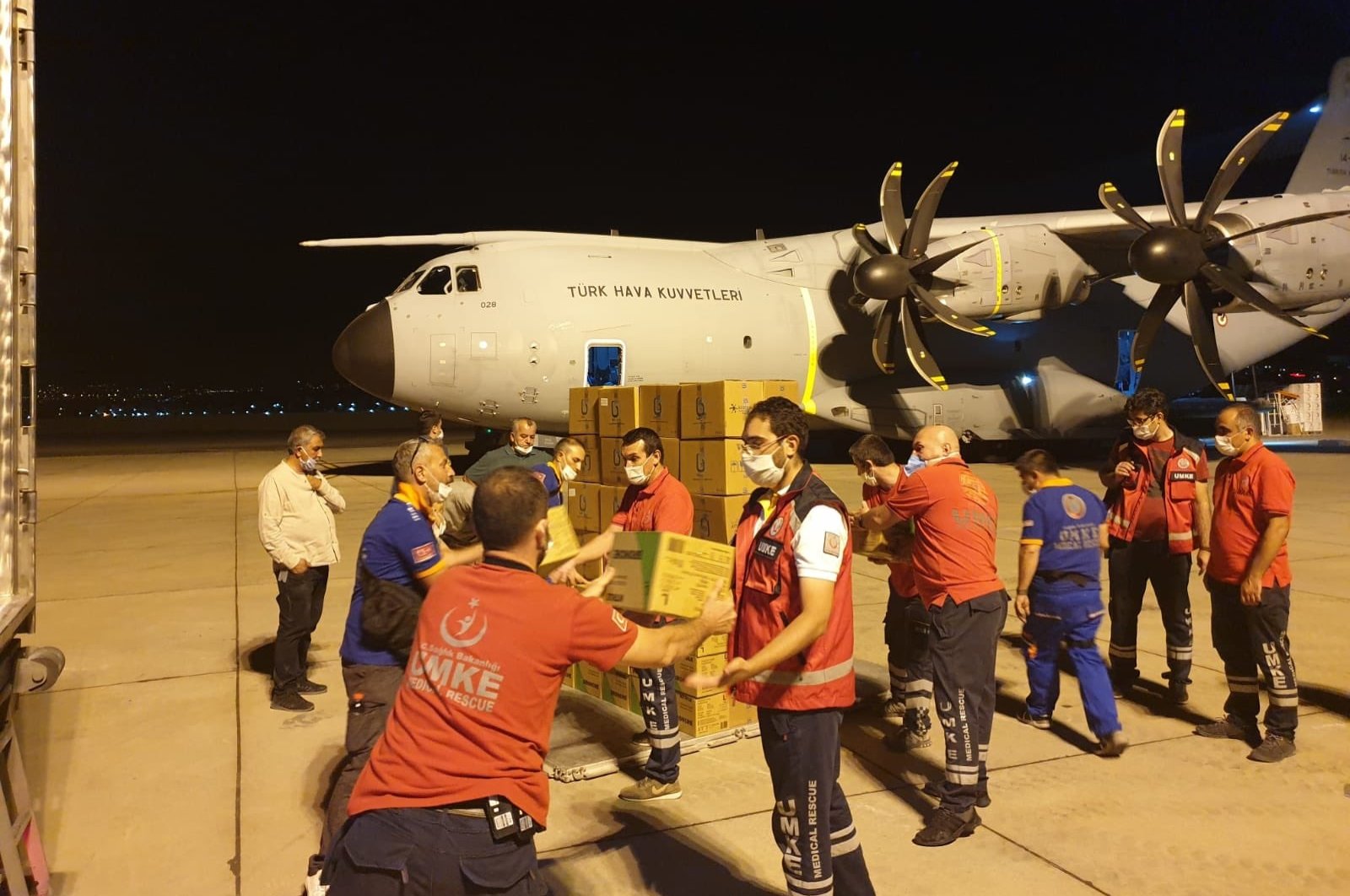 A Turkish military plane carrying aid and a search and rescue team took off from the capital Ankara late Wednesday and headed to the Lebanese capital of Beirut following Tuesday's deadly blast which killed at least 135 people and injured thousands.

President Recep Tayyip Erdoğan had ordered medical and humanitarian aid and a search and rescue team to travel to Beirut following the blast.

Aid material prepared by the Health Ministry, the Disaster and Emergency Management Authority (AFAD) and the Turkish Red Crescent (Kizilay) was loaded on the plane at Ankara's Etimesgut Airport.

Speaking to the press right before the aircraft took off, AFAD head Mehmet Güllüoğlu told Anadolu Agency that Turkey is preparing to send the required support for Beirut following the blast that has killed more than 135 people, injured thousands and left the Lebanese capital in ruins.

The move comes after President Recep Tayyip Erdoğan extended his condolences to his Lebanese counterpart Michel Aoun following the massive blast and vowed to help the people of Beirut.

"I offer my condolences to the relatives of those who have lost their lives in the explosion at the port of Beirut, and I pray Allah gives them patience and stamina,” Erdoğan said.

"I wish immediate healing to the injured. We will always stand by Lebanon and our Lebanese brothers," he added.

"We stand with our Lebanese brothers and sisters. We share their pain and will do everything we can to relieve them of their distress," Communications Directorate head Fahrettin Altun said on Twitter on Thursday. "We are delivering our Lebanese brothers and sisters aid via our Koca Yusuf plane." The Turkish nation "serves peace and stability," he added.

The Turkish ambassador to Lebanon, Hakan Çakıl, also said Turkey will not leave its Lebanese brothers and sisters alone in the wake of the explosion.