"End of the world": Yearslong countdown to horrible Beirut blast 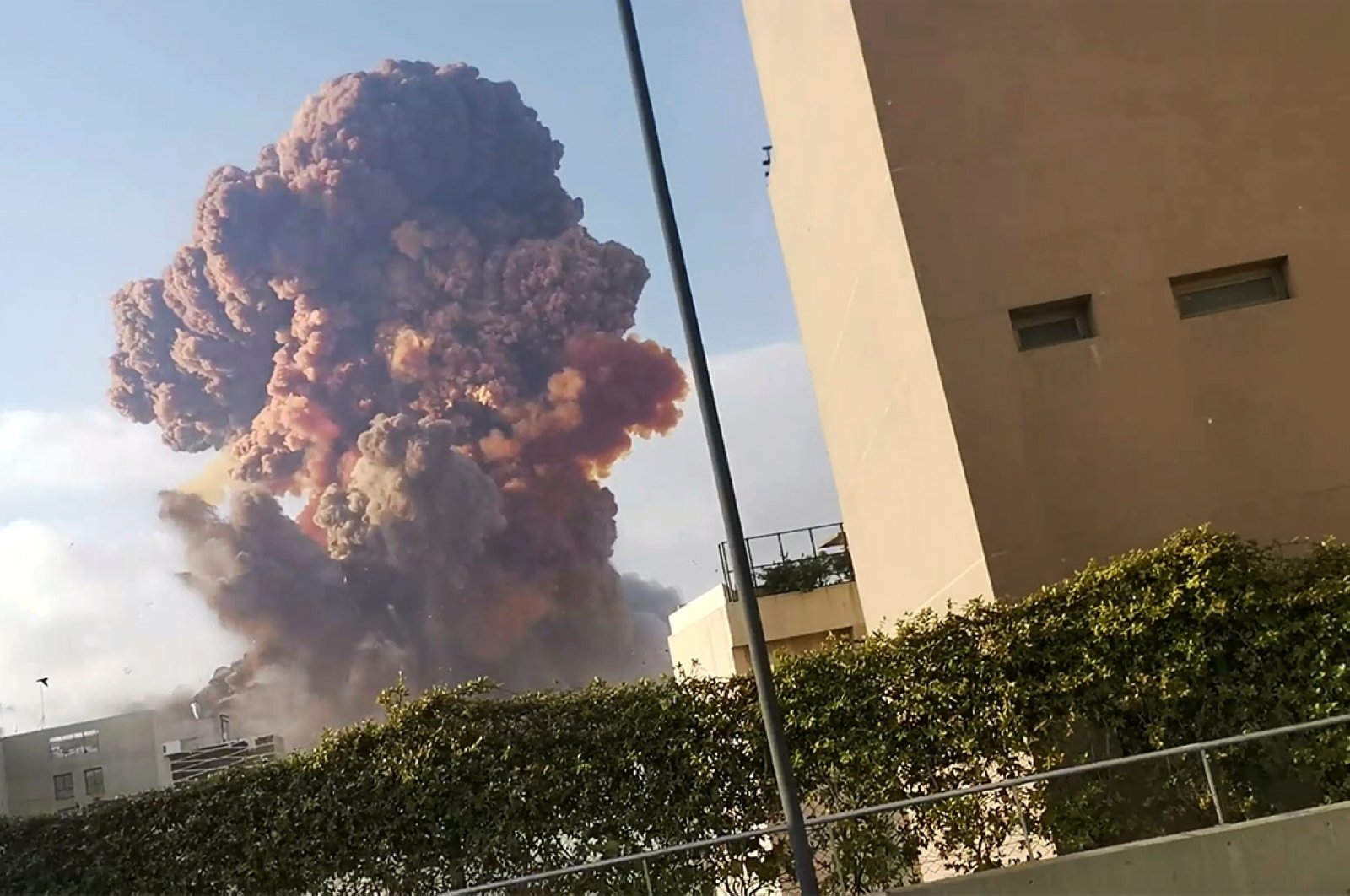 In a country where corruption is institutionalized, the administration of the Port of Beirut was the worst of the worst. After six full years since the first warning officials ignored, the devastating blast hit the Lebanese capital

The 10 firefighters who received the call a bit before 6 p.m. – alerting them of a big fire at the nearby port of Beirut – could not know what awaited them.

The brigade of nine men and one woman could not know about the stockpile of ammonium nitrate warehoused since 2013 along a busy motorway in the heart of a densely populated residential area – a danger that had only grown with every passing year.

They and nearly the entire population of Beirut were simply unaware. They were not privy to the warnings that authorities had received, again and again, and ignored: ammonium nitrate is highly explosive, used in fertilizer and sometimes to build bombs. The stockpile was degrading; something must be done.

They knew, of course, that they lived in a dysfunctional country, its government rife with corruption, factionalism and negligence that caused so much pain and heartbreak. But they could not know that it would lead to the worst single-day catastrophe in Lebanon’s tragic history.

Across the city, residents who noticed the grey smoke billowing over the facility were drawn to streets, balconies and windows, watching curiously as the fire grew larger. Phones were pulled out of pockets and pointed toward the flames.

The firefighters piled into a fire engine and an ambulance and raced to the scene, and to their doom.

Seven years ago, a ship named the Rhosus set out from the Georgian Black Sea port of Batumi carrying 2,755.5 tons of ammonium nitrate destined for an explosives company in Mozambique.

It made an unscheduled detour, stopping in Beirut on Nov. 19, 2013. The ship’s Russian owner struggled with debts and hoped to earn extra cash by taking on pieces of heavy machinery in Lebanon. That additional cargo proved too heavy for the Rhosus and the crew refused to take it on.

The Rhosus was soon impounded by Lebanese authorities for failing to pay port fees. It never left the port; it sank there in February 2018, according to Lebanese official documents.

The Port of Beirut is considered one of the most corrupt institutions in a country where nearly every public institution is riddled with corruption. For years, Lebanon’s ruling political factions have divvied up positions at the port and handed them out to supporters – as they have ministries, public companies and other facilities nationwide.

The first known warning came on Feb. 21, 2014, three months after the ship docked at the port.

In a letter to the customs authority’s anti-smuggling department, senior customs official Col. Joseph Skaff wrote that the material on board was “extremely dangerous and endangers public safety.”

In the ensuing years, Skaff’s letter was followed by other correspondence that went back and forth between top customs and port officials and members of the judiciary and the army.

A chemical forensic expert, commissioned by the courts and the owners of the ammonium nitrate, got a look at the stockpile soon after it was moved into the port's Warehouse 12 in October 2014.

Her report was uncovered by Riad Kobaissi, an investigative reporter with Al Jadeed TV who has followed corruption at the port and within the customs authorities since 2012.

Customs chief Shafeeq Merhi and his successor, Badri Daher, sent multiple letters in the following years to the Courts of Urgent Matters, warning of the danger.

Daher told the Associated Press (AP) and other media that he never received any reply from the court. But Kobaissi, the investigative reporter, found documents showing the court responded each time that it didn’t have jurisdiction and that the Public Works Ministry had to decide.

The Ministry of Public Works and Transportation did not respond to requests for comment.

Cause of fire still mystery

On the afternoon of Aug. 4, security officials say, three metalworkers who had been working for several days to weld the broken Door Number 9 of Warehouse 12 finished work and left the facility.

The cause of the original fire has still not been determined and is at the heart of the current investigation. Some have questioned whether the welding may have sparked stocks of flammable liquids used in making detergents, as well as tons of fireworks that were also being kept in Warehouse 12. The metalworkers, who were hired to fix the door by the port authorities in response to the security report, have been detained for questioning, according to security officials.

There was an initial explosion, sending shredded debris into the air.

Twelve seconds later, at 6:08 p.m., the ammonium nitrate detonated in one of the biggest non-nuclear explosions ever recorded.

In an instant, a blast with the force of hundreds of tons of TNT sucked in the air – one video showed a luxury store window exploding outward from the suction, spraying a bride and groom taking their wedding video on the sidewalk outside – and then unleashed its power across the city.

For miles around, in people’s homes and in shops and hospitals, windows were shattered, doors knocked off their hinges, ceilings or walls blown in onto those inside.

The devastation was unimaginable – even for a city like Beirut, scarred by civil war and past conflicts.

"I thought it was the end of Beirut or the end of the world or the war has started," said Alaa Saad, who was out diving with his friends, about 2.5 kilometers (1.5 miles) off the coast of Beirut.

It would take days of searching before colleagues found all their bodies in the rubble.