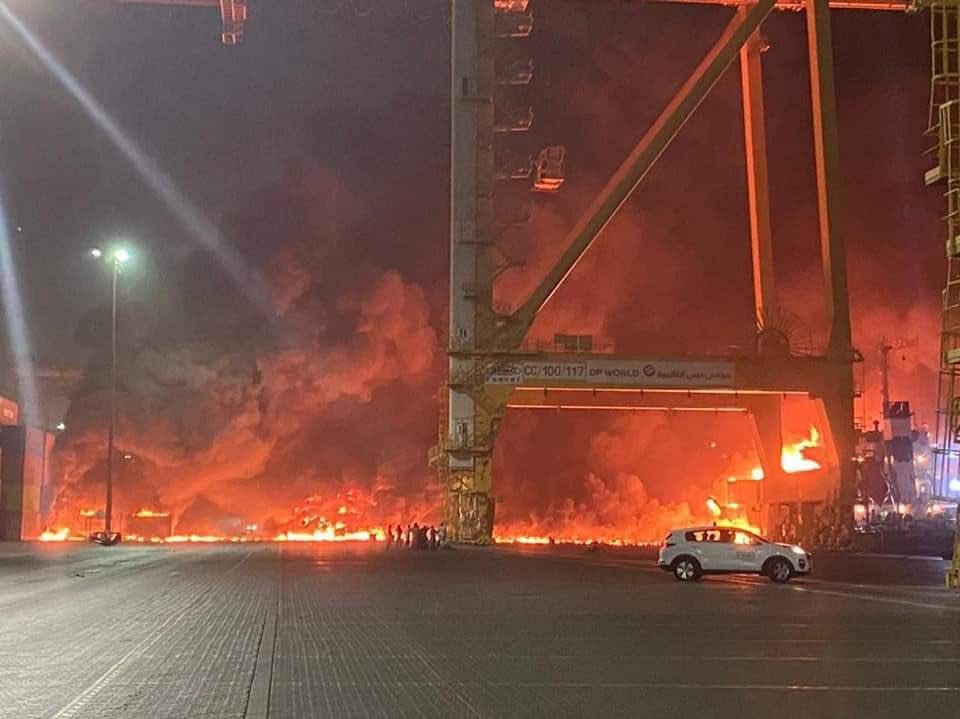 Image of the fire just after the explosion at the port in Dubai, shared on social media. (Twitter metesohtaoglu)
by Agencies Jul 07, 2021 11:17 pm
RECOMMENDED

The Twitter post from Dubai's state-run media office said that a fire was reported to have erupted on a ship and that a team of firefighters had brought it "under control" with no deaths or injuries reported.

DP World, which owns Jebel Ali Port, had no immediate comment when contacted by Reuters.

People in Dubai recording with their phones from their high-rises posted frantic videos on social media showing a fiery ball illuminating the night sky.

The port is capable of handling aircraft carriers and was the U.S. Navy's busiest port of call outside of the United States in 2017, according to the U.S.' Congressional Research Service.

The port of Jebel Ali handled 14.1 million TEU in 2019, a 5.6% decline, but still leaving it among the top 10 globally.There are 8,000 companies based at the Jebel Ali Free Zone (JAFZA) which contributed a whopping 23% to Dubai's gross domestic product (GDP) last year. It is the Middle East's largest trade zone.

Dubai in the UAE is the region's trade, business and tourism hub.