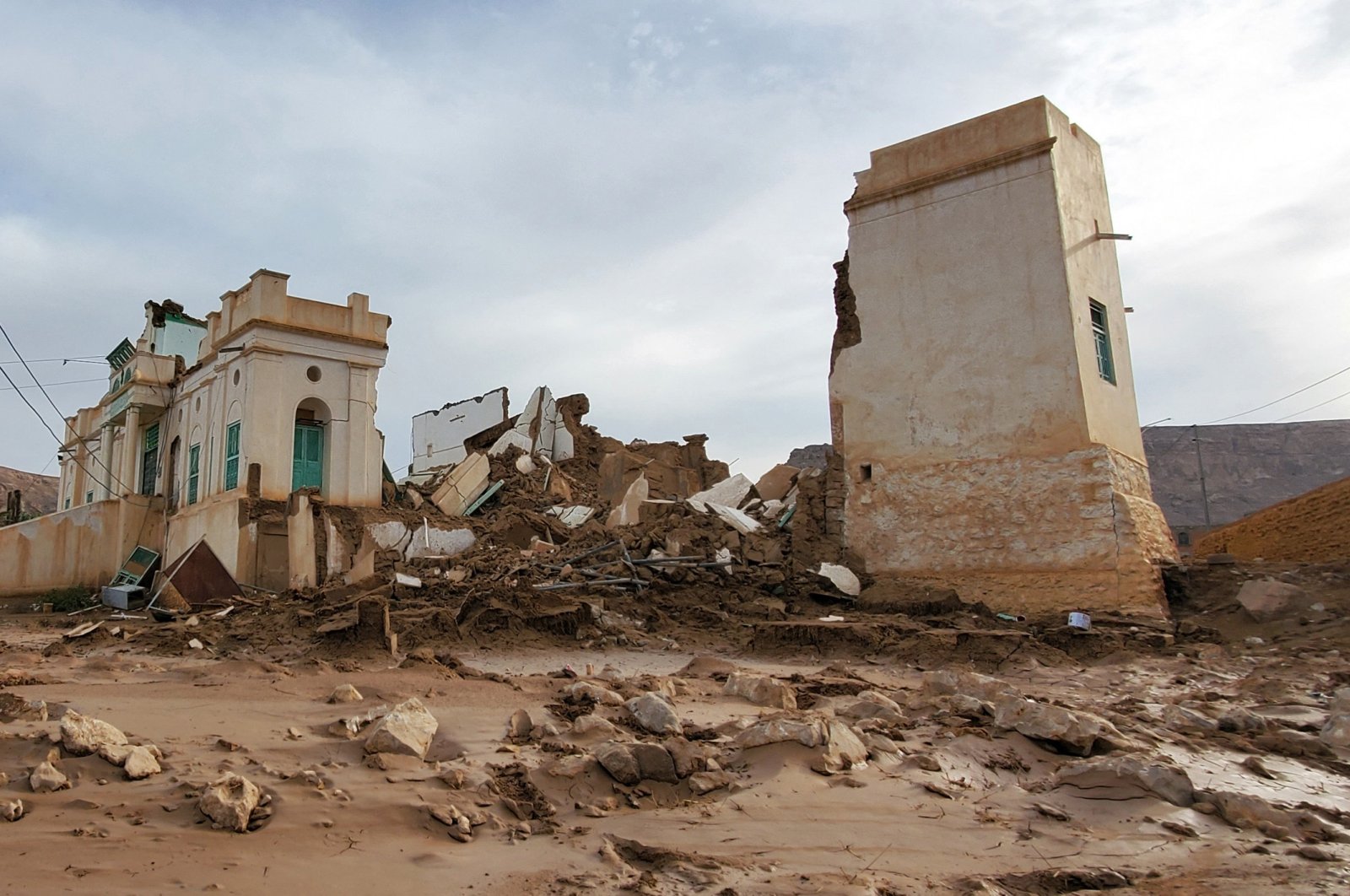 Thousands of families are suffering the consequences of torrential rains and deadly floods that have been destroying homes and shelters since mid-April, the United Nations said Tuesday.

"Initial reports indicate some 3,730 families (22,380 people) have been affected by the rains and flooding, the majority of whom are internally displaced people," the U.N. humanitarian agency OCHA said.

"Intensified rainfall over the past few days is causing damage to infrastructure, destroying homes and shelter and causing deaths and injuries."

On Monday, the government said four people were killed in flash floods in the historic city of Tarim in the central province of Hadramawt, and the U.N. cited reports of three deaths elsewhere in Yemen.

Agence France-Presse (AFP) footage showed city streets in Tarim flooded and its famed mud-brick buildings in ruins, with cars and motorcycles buried under mud and debris.

Dozens of people are killed every year across Yemen in flash floods.

Fierce storms have added to the woes of the conflict-ridden country.

The U.N. says Yemen is suffering the world's worst humanitarian crisis as a yearslong war rumbles on, with over 4 million people displaced and two-thirds of its 30-million population dependent on aid.

Tens of thousands of people have been killed and millions pushed to the brink of famine in the conflict between the government – supported by a Saudi-led military coalition – and Iran-backed Houthi rebels that are now in its seventh year.