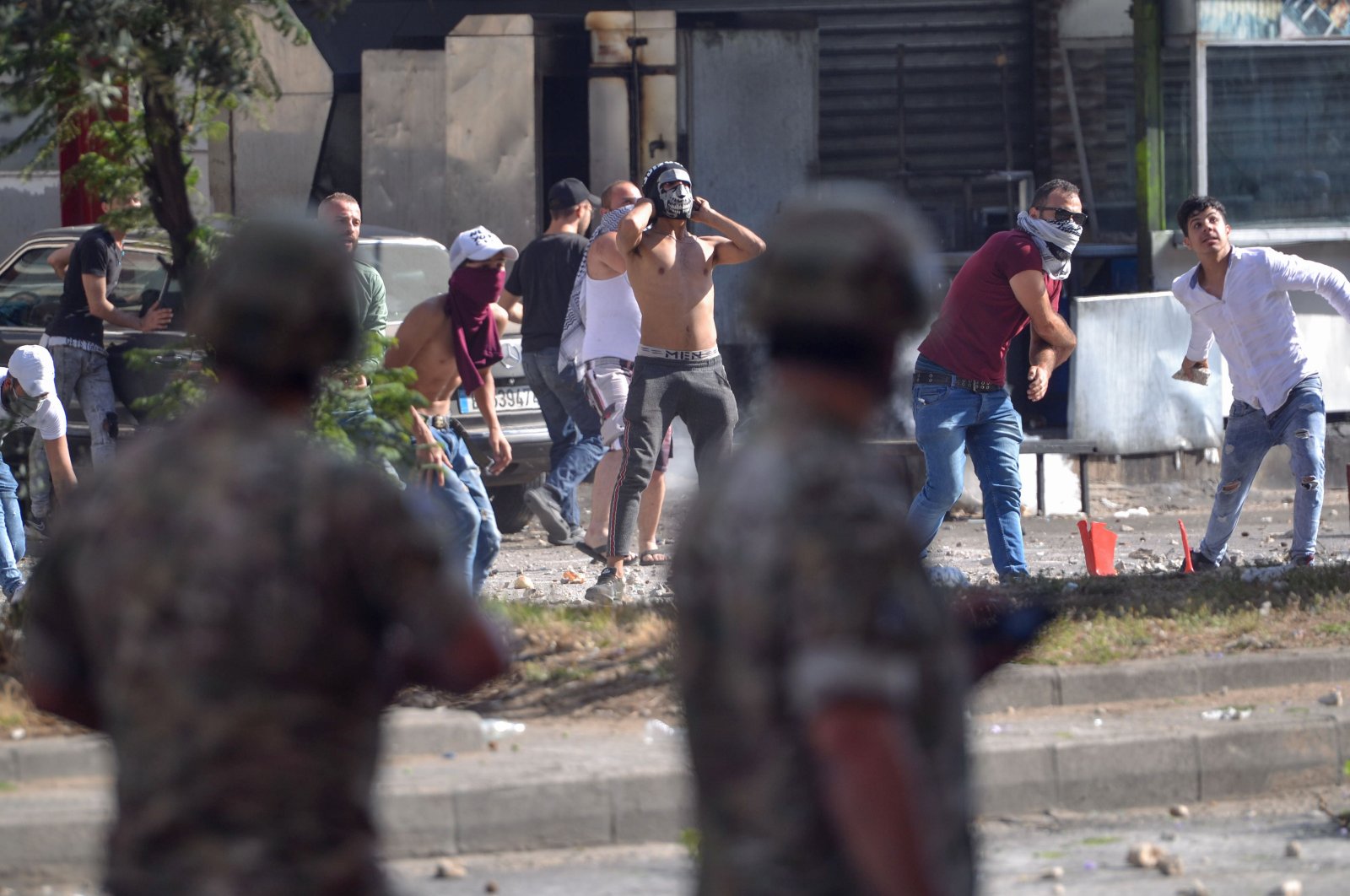 Lebanese anti-government protesters clash with soldiers in the Bab al-Tabbaneh neighbourhood in the northern port city of Tripoli, on June 13, 2020, on the third consecutive day of angry demonstrations across the country due to a deepening economic crisis. (AFP Photo)
by French Press Agency - AFP Jun 13, 2020 6:40 pm
RECOMMENDED

Dozens of demonstrators angered by a deepening economic crisis rallied for a third consecutive day on Saturday after a night of violent riots sparked condemnation from the political elite.

Rallying against the surging cost of living and the government's apparent impotence in the face of the worst economic turmoil since the 1975-1990 civil war, protesters gathered in central Beirut, brandishing flags and chanting slogans.

In the northern city of Tripoli, young men scuffled with security forces who fired rubber bullets to disperse crowds. The stand-off began after young men blocked a highway to prevent a number of trucks carrying produce destined for Syria from passing through, according to the official National News Agency. The Lebanese Red Cross said it treated nine people wounded in Tripoli.

The rallies came ahead of a speech by Hassan Diab in which the prime minister. "We are here to demand the formation of a new transitional government" and early parliamentary elections, Nehmat Badreddine, an activist and demonstrator told AFP in central Beirut.

Lebanon is caught in a spiraling economic crisis, including a rapid devaluation of the Lebanese pound, which has triggered a fresh wave of demonstrations since Thursday. Lebanese media reported that the exchange rate had tumbled to 6,000 per dollar on the black market early on Friday, compared to the official peg of 1,507 in place since 1997.

After a crisis meeting on Friday, President Michel Aoun announced that the central bank would implement measures from Monday including "feeding dollars into the market," in a bid to support the Lebanese pound.

Despite the government's pledges, roughly 200 young men gathered on mopeds in central Beirut on Friday night. Some of them defaced shop fronts and set fire to stores, causing serious damage.

Security forces fired tear gas to disperse them and some of the young men threw stones and firecrackers in return, although clashes petered out after midnight.

In Tripoli, demonstrators threw stones and Molotov cocktails towards soldiers late on Friday and damaged the facades of several banks and shops. Soldiers responded with tear gas.

The next day, Diab called on officials to assess damage in central Beirut. Former premier Saad Hariri toured the area, condemning the vandalism and riots.

Lebanon – one of the most indebted countries in the world with a sovereign debt of more than 170% of GDP – went into default in March.

It started talks with the International Monetary Fund last month in a bid to unlock billions of dollars in financial aid. Dialogue is ongoing.

Unemployment has soared to 35% nationwide in a country that enforced a lockdown in mid-March to stem the spread of the novel coronavirus, dealing a further blow to business.