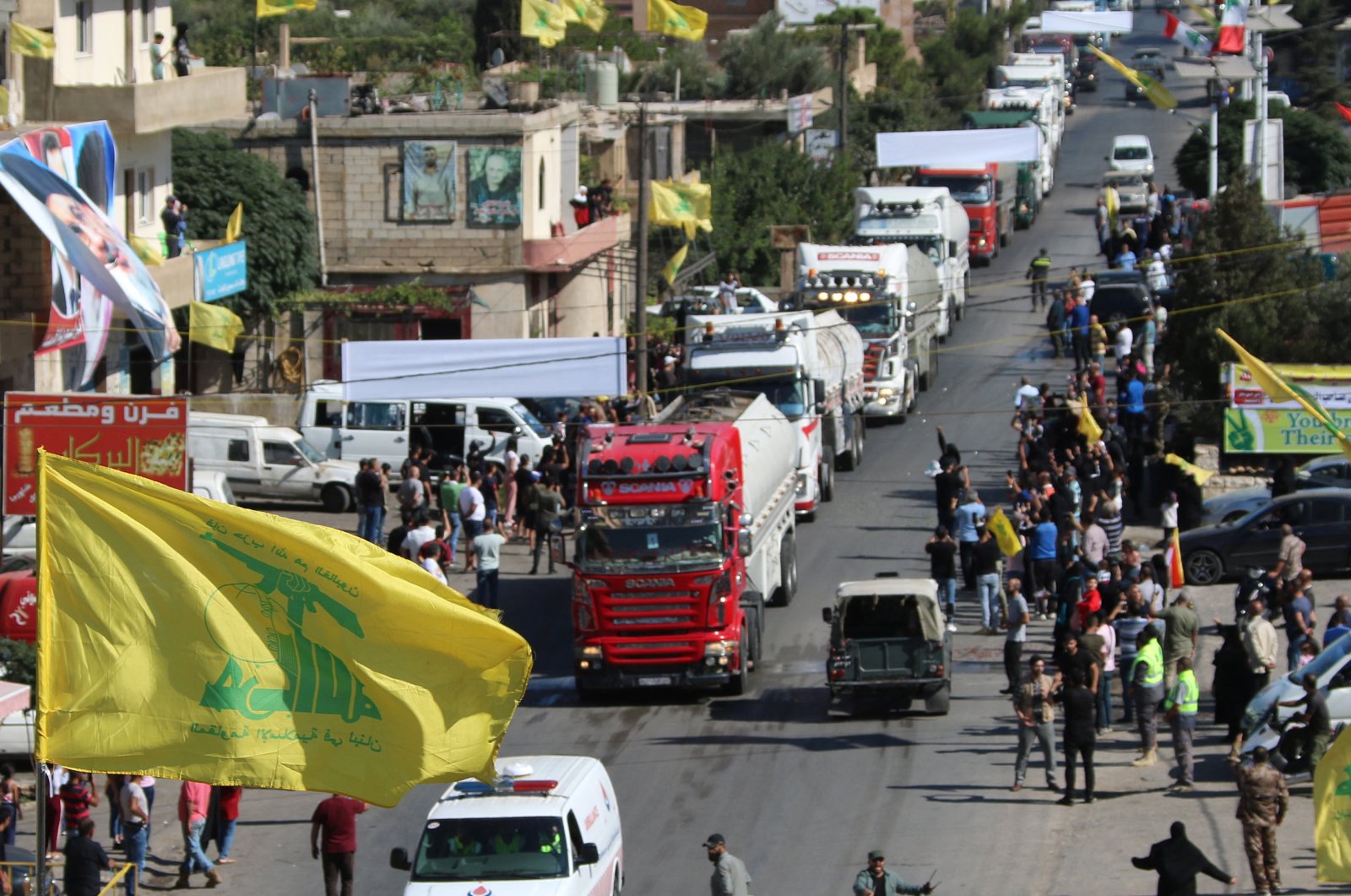 A convoy of tanker trucks carrying Iranian diesel crossed the border from Syria into Lebanon early Thursday, a delivery organized by the Hezbollah group to ease crippling fuel shortages in the crisis-hit country.

The delivery violates United States sanctions imposed on Tehran after former U.S. President Donald Trump pulled America out of a nuclear deal between Iran and world powers three years ago.

It was portrayed as a victory by Hezbollah, which stepped in to supply the fuel from its patron, Iran, while the cash-strapped government grappled with the fuel shortages for months.

“This is a very big and great thing for us because we broke the siege of America and foreign countries ... We are working with the help of God and our great mother Iran," said Nabiha Idriss, a Hezbollah supporter who gathered with others to greet the tankers' convoy as it passed through the eastern town of al-Ain.

Hezbollah has portrayed the Lebanese economic meltdown, which began in October 2019, as partly caused by an informal siege imposed by America due to the militant group's power and influence in Lebanon. The group has been sanctioned by consecutive U.S. administrations.

Lebanon's crisis is rooted in decades of corruption and mismanagement by the ruling class and a sectarian-based political system that thrives on patronage and nepotism. Severe shortages in fuel have paralyzed the country, resulting in crippling power cuts that have disrupted the work of hospitals and bakeries. Just to get gasoline, people must wait hours in line, commonly called “queues of humiliation.”

Hezbollah leader Sayyed Hassan Nasrallah had announced a month ago that Iran was sending fuel to Lebanon to help ease the crisis. The first Hezbollah-commissioned Iranian oil tanker arrived in the Syrian port of Baniyas on Sunday and the diesel was unloaded to Syrian storage places before it was brought overland to Lebanon on Thursday by tanker truck. The convoy went through an informal border crossing in Qusayr in Syria.

Nasrallah said in a televised speech earlier this week that the tanker did not offload its cargo directly in Lebanon to avoid embarrassing Lebanese authorities and risking sanctions on Lebanon.

Hezbollah, which is often accused by its opponents of operating a state-within-a-state and has been taking part in Syria’s civil war alongside the Bashar Assad regime forces, has its own crossing points along the Lebanon-Syria border away from formal border crossings.

There was no immediate comment from Lebanese or U.S. officials on the Iranian fuel delivery Thursday.

“Don't forget this day,” tweeted Laury Haytayan, a Lebanese oil and gas expert and activist, describing it as the day Hezbollah won over the Lebanese state.

Hezbollah’s Al-Manar TV called it “the tanker truck convoys to break the American siege” adding that 20 tanker trucks each carrying 50,000 liters (13,210 gallons) crossed the border Thursday and were on their way to the eastern Lebanese city of Baalbek where Hezbollah will start distributing the fuel.

The tanker trucks crossed from Syria’s central province of Homs into Lebanon’s Bekaa Valley and were welcomed by residents who gathered on the sides of the main road. Hezbollah’s yellow flags and banners praising the Iran-backed group and Assad decorated the streets. A few women showered the trucks with rice and flowers as they drove past.

The arrival of the Iranian diesel comes nearly a week after a new government was formed ending a 13-month deadlock. Lebanon’s new Prime Minister Najib Mikati has not commented on the deal to import fuel from Iran.

Nasrallah said earlier this week that the diesel will be donated for a period of one month to institutions including public hospitals, nursing homes, orphanages, water stations and the Lebanese Red Cross. Nasrallah added that others who will get fuel at low prices are private hospitals, medicine and serum factories, bakeries and cooperatives that sell food products.

Nasrallah said three other tankers carrying diesel and one carrying gasoline will arrive in the coming weeks.