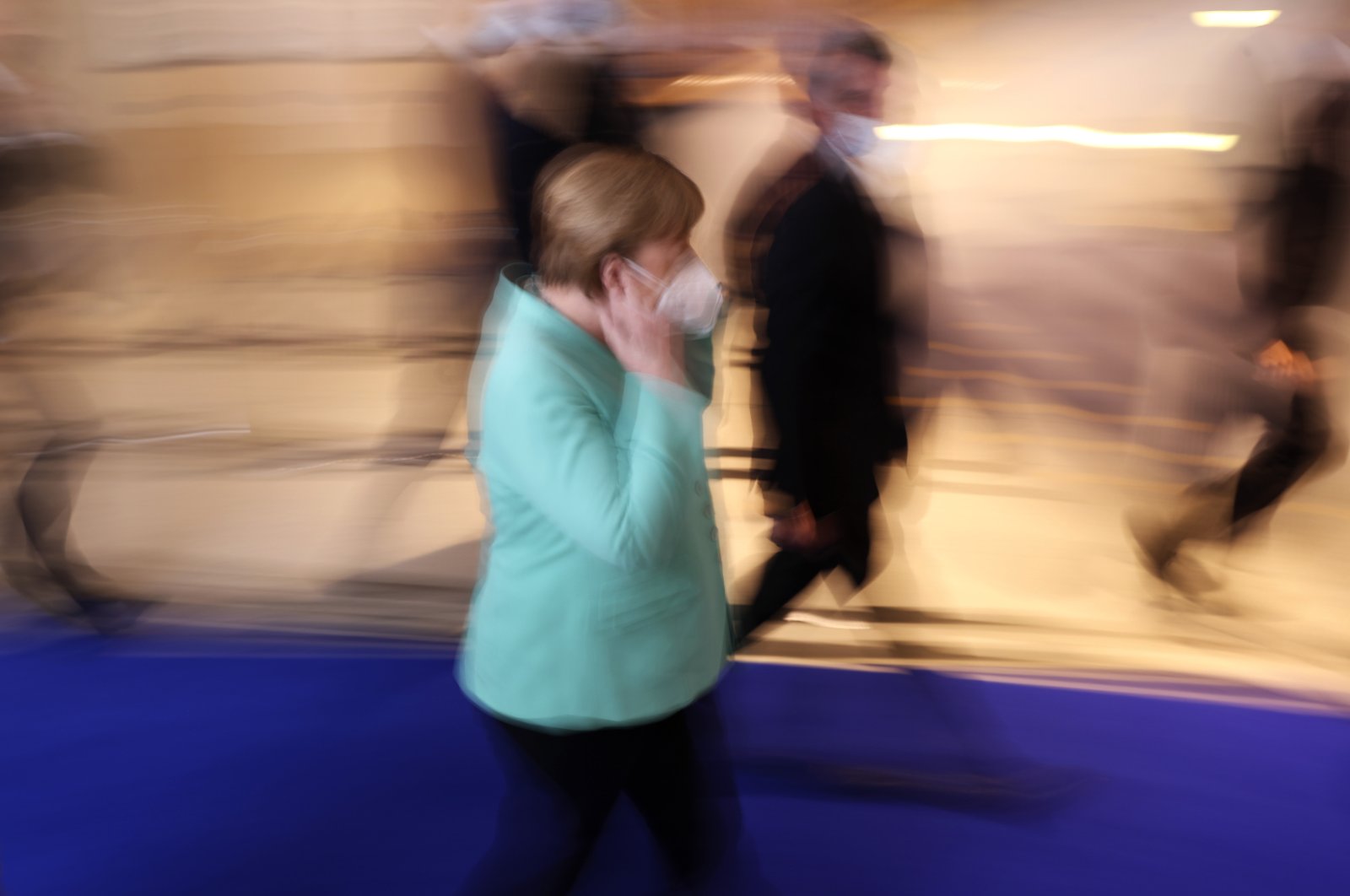 Chancellor Angela Merkel (C) wears a face mask to protect against the coronavirus as she arrives at the European Parliament in Brussels, July 8, 2020. (AP Photo)
by Agencies Jul 10, 2020 11:29 am
RECOMMENDED

German authorities are investigating whether an employee of the government's press office worked for years for an Egyptian intelligence service, according to the European nation's Federal Office for the Protection of the Constitution (BfV).

The domestic intelligence agency said in its annual report, released Thursday, that "executive measures” were conducted against the man in December on the orders of federal prosecutors. It did not give further details and said that the investigation is ongoing.

The government press office declined to comment on the matter late Thursday, news agency dpa reported. The office is headed by Chancellor Angela Merkel's chief spokesperson, Steffen Seibert, and is located not at the chancellery but at a separate headquarters about a kilometer (half a mile) away.

As of last year, it had some 476 employees, 418 of them in Berlin and the rest in the former German capital, Bonn.

The BfV said that Egypt's foreign and domestic intelligence services are active in Germany, principally in attempts to secure information on opponents of the government living there.

"There are indications that Egyptian services are trying to recruit Egyptians living in Germany for intelligence purposes through their visits to Egyptian diplomatic missions in Germany and their trips to Egypt," the report said.

Aside from a brief interlude following the popular uprising that ousted President Hosni Mubarak in 2011, Egypt has been ruled by the military since 1952.

The army is highly visible in Egypt's public life, with former top brass currently serving as ministers and heading governorates.