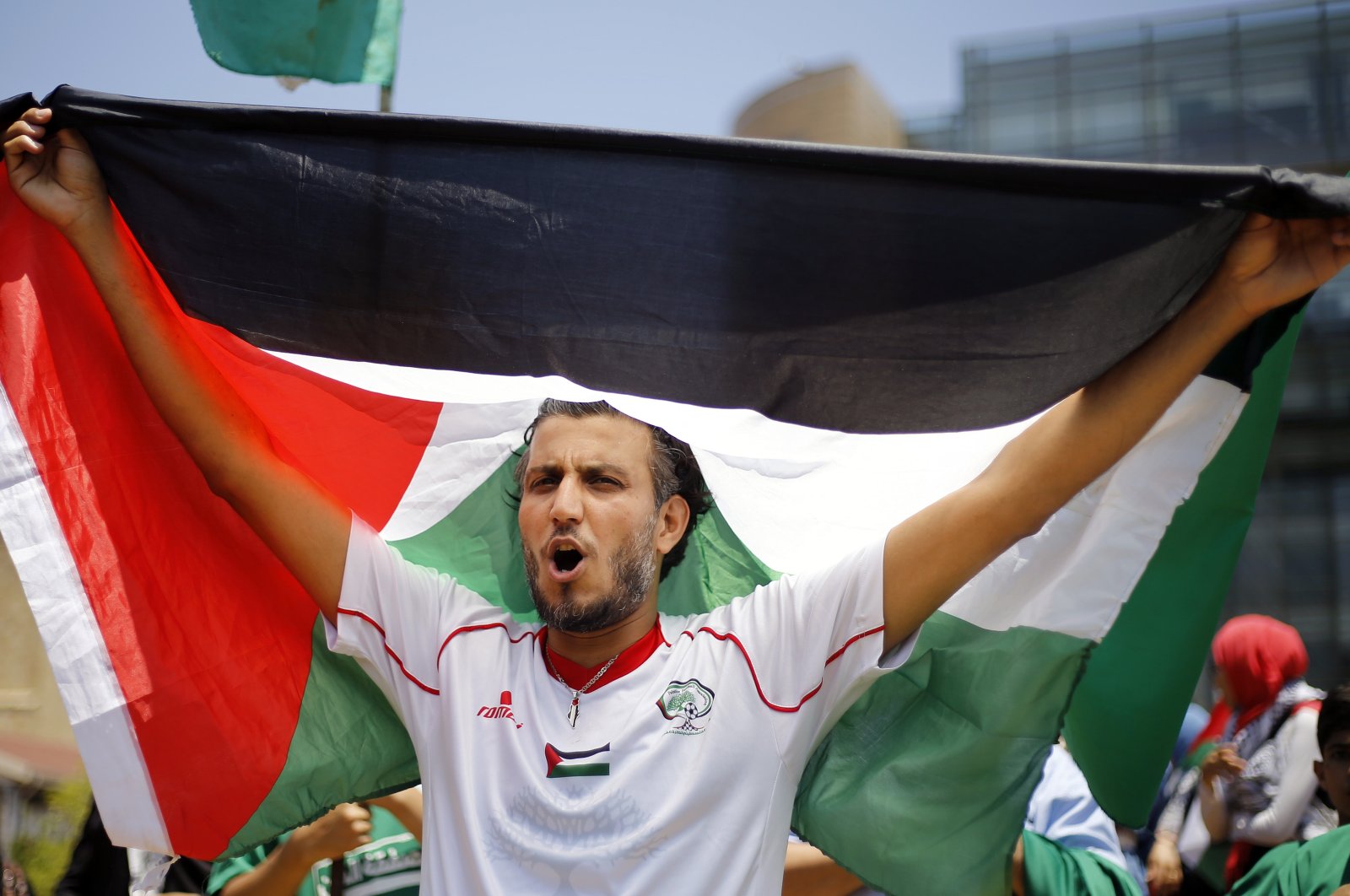 A Palestinian holds up a flag of Palestine as he chants slogans during a demonstration organized by the Hamas group in front of the United Nations headquarters in Beirut, Lebanon, June 25, 2019. (AP Photo)
by Agencies Dec 14, 2020 3:03 pm
RECOMMENDED

"We reiterate our readiness to continue dialogue to restore unity and rebuild Palestinian national institutions based on partnership,” leading Hamas member Hossam Badran said in a statement, as Anadolu Agency (AA) reported. Last week, Hamas said that the inter-Palestinian dialogue stalled due to the resumption of security coordination between the Ramallah-based PA and Israel.

Last month, the PA announced the resumption of security coordination with Tel Aviv after months of hiatus due to Israeli plans to annex part of the occupied West Bank, drawing wide criticism from Hamas officials and other Palestinian factions. Hamas leader Ismail Haniya said the PA's decision “formed an intense barrier” to reconciliation with Fatah, but asserted that “Hamas is ready to build a Palestinian national unified scene to confront the obliteration projects to the Palestinian cause.”

Hamas and rival group Fatah have remained at odds since the former seized the Gaza Strip from Fatah in mid-2007 after several days of fighting.

Representatives from the two movements held talks on Nov. 16-17 in Cairo in hopes of achieving Palestinian unity. They also met in September in Turkey, where they agreed to hold legislative and presidential elections. Fatah, however, said last month that the two sides still disagree on the proposed dates for the polls.