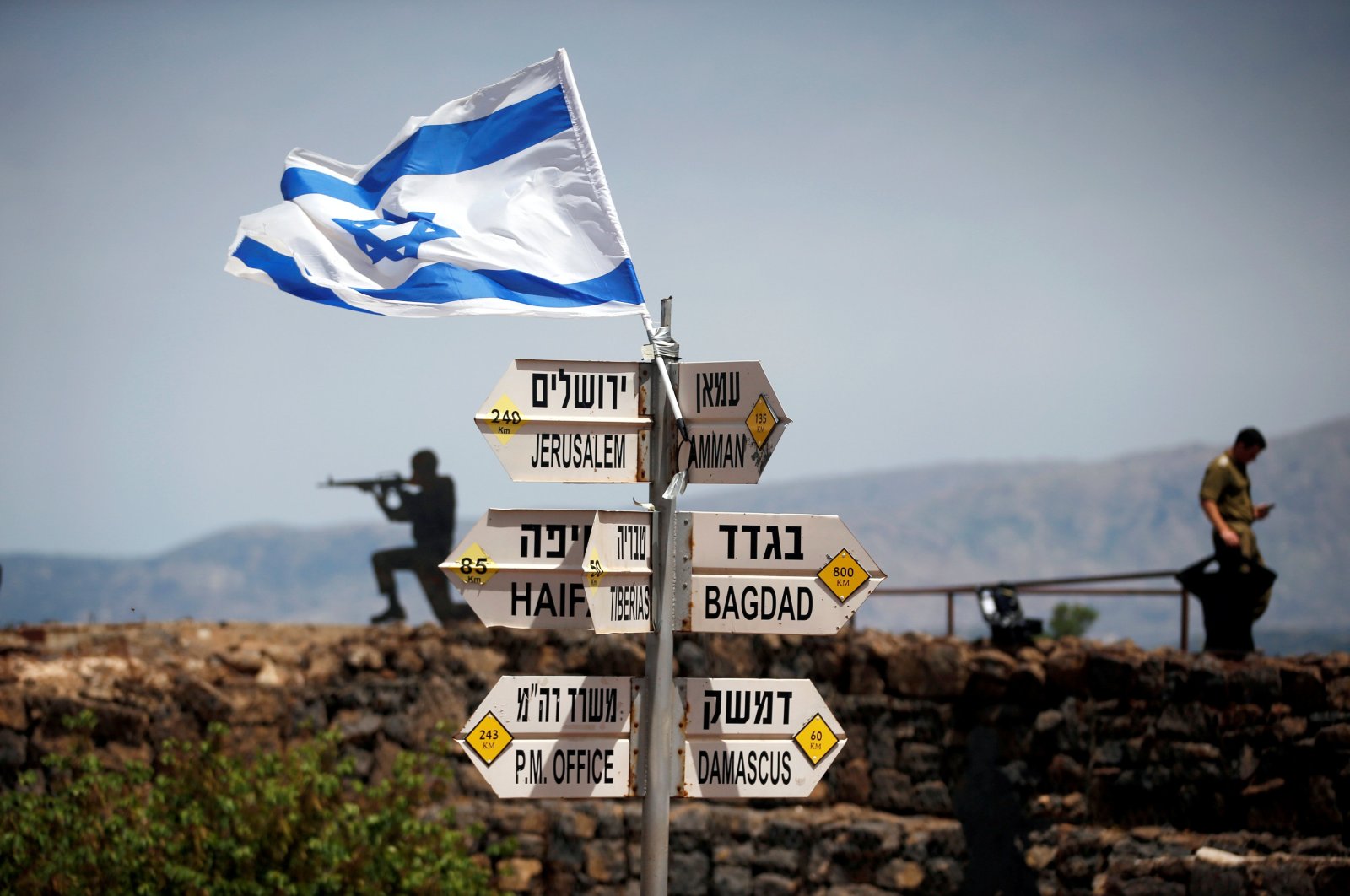 An Israeli soldier stands next to signs pointing out distances to different cities, on Mount Bental, an observation post that overlooks the Syrian side of the Quneitra crossing, Israeli-occupied Golan Heights, May 10, 2018. (Reuters Photo)
by Anadolu Agency
Aug 01, 2021 2:40 pm

Palestinian resistance group Hamas on Saturday slammed the United States for continuing to provide military support to Israel in light of a new arms deal between the two allies.

"The U.S. decision to present a massive arms deal to the Zionist entity (Israel) encourages the occupation to continue its aggression against our people and their sanctities," Hamas spokesperson Hazem Qassem said in a statement.

Qassem said the U.S. risks being an accomplice in aggression against the Palestinians by continuing to support Israel "with weapons, money and political cover for the occupation policies.”

He noted such an approach by the U.S. emboldens Israel to rebel against international laws and resolutions and heightens the state of tension in the region.

The U.S. State Department said in a statement Friday that it approved the sale of 18 Sikorsky CH-53K heavy-lift helicopters to Israel as part of a $3.4 billion deal.

It also reiterated the U.S. commitment to the security of Israel, adding that "it is vital to U.S. national interests to assist Israel to develop and maintain a strong and ready self-defense capability.”

In May, the Washington Post reported that the Biden administration has approved a $735 million arms sale to Israel as Tel Aviv was carrying out its offensive on the Gaza Strip.

The move stirred opposition among some members of U.S. President Joe Biden's Democratic Party, including Congresswoman Ilhan Omar, who described the deal as "appalling” if implemented.

"If this (arms deal) goes through this will be seen as a green light for continued escalation and will undercut any attempts at brokering a cease-fire," Omar said at the time as the 11-day Israeli war on Gaza was ongoing.

At least 260 Palestinians were killed and thousands injured in 11 days of Israeli airstrikes in the Gaza Strip in early May against the backdrop of an Israeli court ruling to evict Palestinian families from their homes in the Sheikh Jarrah neighborhood in occupied East Jerusalem. Thirteen Israelis were also killed by Palestinian rocket fire from Gaza.

The violence came to a halt under an Egyptian-brokered cease-fire that came into effect on May 21.