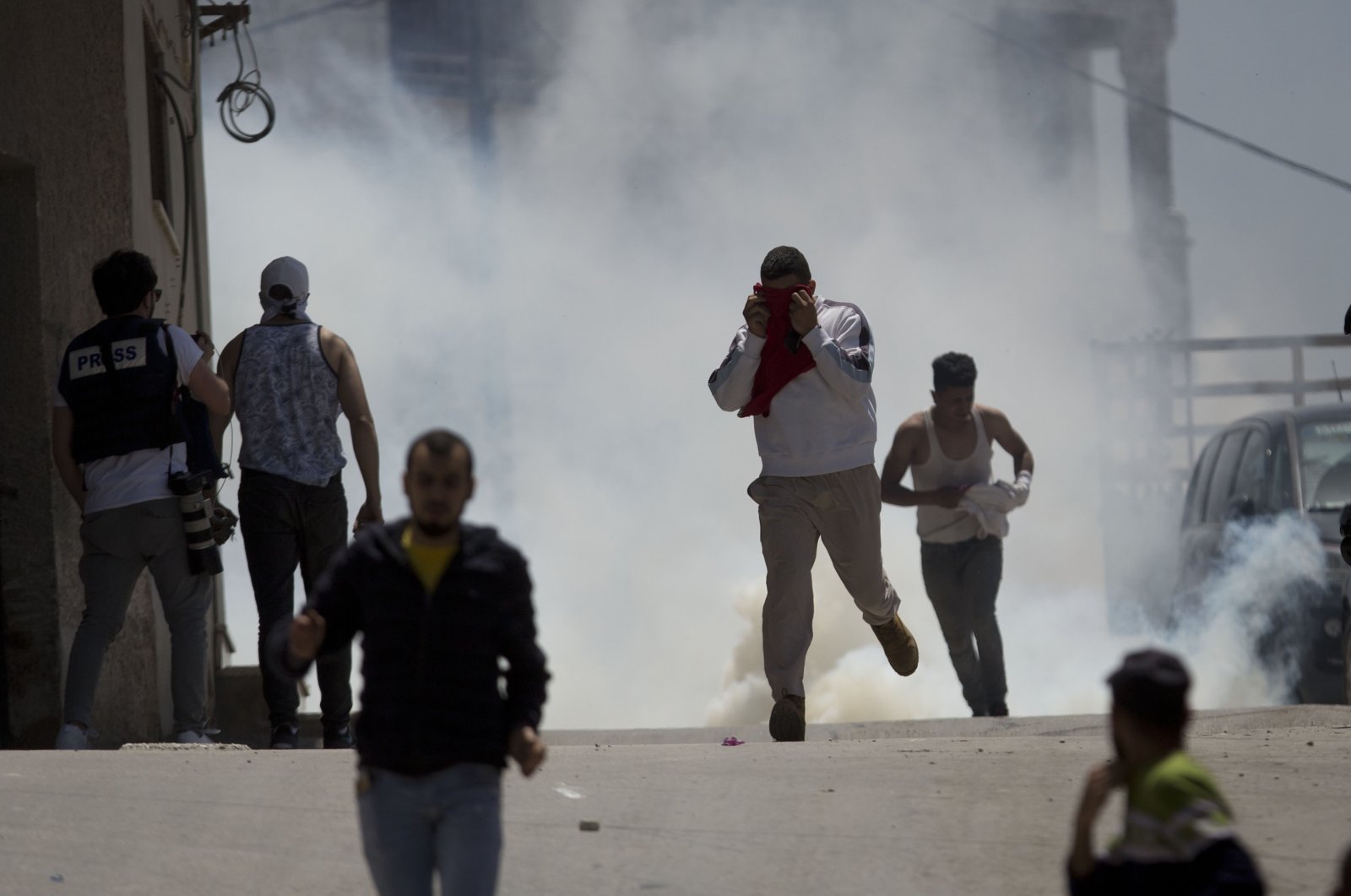 Palestinians run away from tear gas fired by Israeli soldiers in the village of Yabad near the West Bank city of Jenin, May. 12, 2020. (AP Photo)
by Anadolu Agency May 12, 2020 5:16 pm
RECOMMENDED

"Decades of land confiscations and discriminatory planning policies have confined many Palestinian citizens to densely populated towns and villages that have little room to expand," the New York-based rights group said in a statement.

It said that Israeli policies had nurtured the growth and expansion of neighboring, predominantly Jewish communities, many built on the ruins of Palestinian villages destroyed in 1948.

All land there is managed and allocated by the Israel Land Authority (ILA), a government agency that half of its members belong to the Jewish National Fund (JNF), whose explicit mandate is to develop and lease land for Jews.

"Israeli land policies treat towns inside its own borders in starkly unequal terms based on whether its inhabitants are Jewish or Palestinian," Goldstein said.

"After decades of confiscating Palestinians' land, Israel confines them to crowded towns while enabling neighboring Jewish towns that exclude them to flourish."
Israel occupied Jerusalem and the whole West Bank following the 1967 Six-Day War and began establishing settlements in the area in the following year.

The Palestinians have been seeking to create a full-fledged future state comprising the West Bank, including the Jordan Valley, and Gaza Strip on the Mediterranean coast.

The U.N. considers both the West Bank and East Jerusalem as occupied territories and considers Israeli settlement-building activity in these areas as illegal.