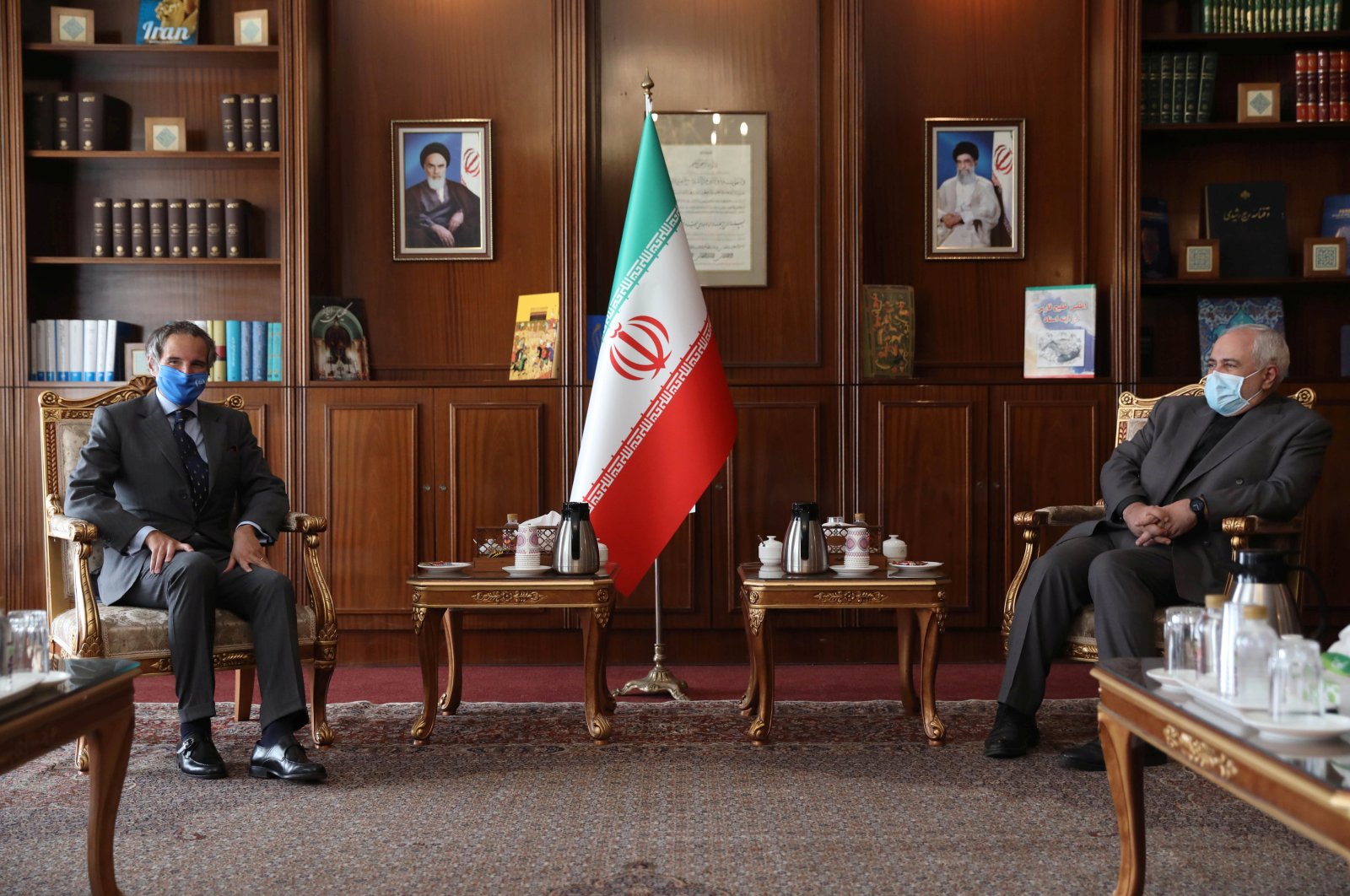 Iran won't accept any additional demands beyond its commitments under the 2015 nuclear deal, the country's top nuclear official declared Tuesday as the chief of the U.N. nuclear watchdog made his first visit to Iran.

Rafael Grossi, the head of the International Atomic Energy Agency (IAEA), arrived in Iran on Monday to press for access to sites where the Islamic Republic is suspected of having stored or used undeclared nuclear material. Grossi took over the IAEA after the sudden death of its late director-general Yukiya Amano last year.

Grossi's visit comes as the United States is pushing to "snapback” U.N. sanctions on Iran for allegedly violating the nuclear deal with world powers.

The IAEA repeatedly found Iran in compliance with the agreement until last year, when Tehran began breaking the deal’s limits on nuclear enrichment in response to heavy U.S. sanctions following President Donald Trump's unilateral withdrawal of America from the accord. Iran now no longer follows any of its limits but continues to allow IAEA inspectors and surveillance at nuclear sites in the country.

Ali Akbar Salehi, the head of the Atomic Energy Organization of Iran, spoke during a joint press conference in Tehran with Grossi.

"Definitely Iran will not accept demands beyond (its) nuclear commitments. We do act based on our own national interests,” Salehi said, according to the state-run IRNA news agency.

Grossi faced a series of questions from local Iranian journalists implicitly criticizing the IAEA, especially over him pushing Iran for access to possible nuclear sites thought to be from the early 2000s, before Iran signed the 2015 nuclear deal with world powers. Iran maintains IAEA inspectors have no legal basis to inspect the sites.

"We have encountered a couple of points we need still to find agreement,” he said, calling IAEA's relations with Iran "intense.”

"We have, with Iran, a large number of questions which we are working together,” Grossi said. "This is going to continue.”

However, Salehi also declared that a "new chapter" has begun between Iran and the IAEA, saying he had "constructive” talks with Grossi. He said both sides are working on a joint statement about their further cooperation.

"Our conversation today was very constructive. It was agreed that the agency will carry out its independent and professional responsibilities and Iran will fulfill its legal commitments," Salehi said, according to the Iranian Students' News Agency (ISNA).

On Sunday, Iran said the IAEA was seeking access and inspection at two "places” near the capital, Tehran and the central Iranian city of Isfahan.

Last year, the U.N. agency said that of the two sites that Iran has blocked access to, one was partially demolished in 2004. At the other, the agency said it observed activities "consistent with efforts to sanitize” the facility from July 2019 onward.

A third site, the agency said, had undergone "extensive sanitization and leveling” in 2003 and 2004, and there would be no verification value in inspecting it.