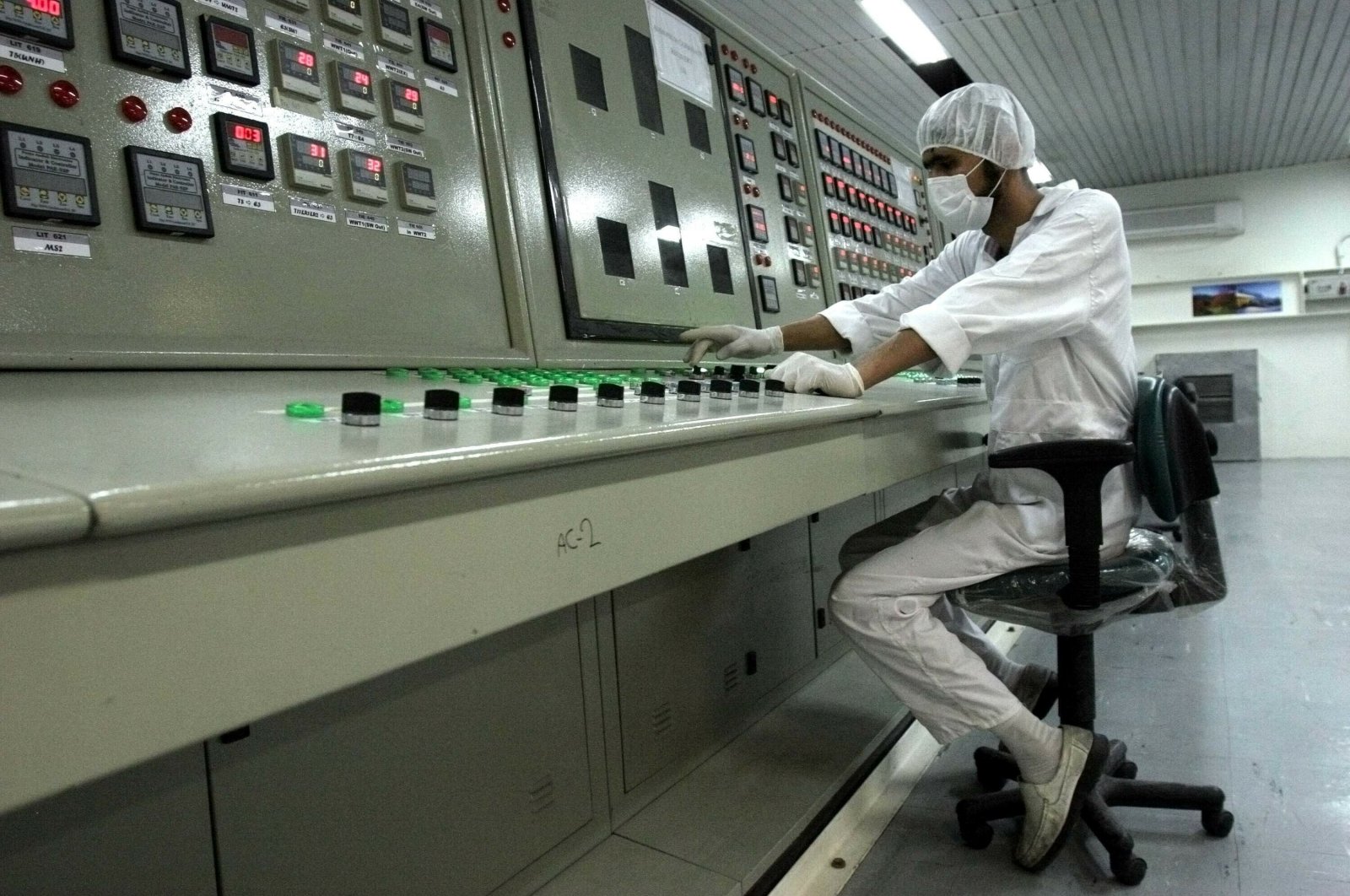 The United Nations' atomic watchdog agency says Iran has continued to increase its stockpiles of enriched uranium and remains in violation of its deal with world powers.

The International Atomic Energy Agency reported the finding Friday in a confidential document distributed to member countries and seen by The Associated Press (AP).

Iran signed the nuclear deal in 2015 with the United States, Germany, France, Britain, China and Russia. Known as the Joint Comprehensive Plan of Action (JCPOA), it allows Iran only to keep a stockpile of 202.8 kilograms (447 pounds).

The International Atomic Energy Agency reported that Iran has also been continuing to enrich uranium to a purity of 4.5%, higher than the 3.67% allowed under the JCPOA. It is also above the pact's limitations on heavy water.

The nuclear deal promised Iran economic incentives in return for the curbs on its nuclear program. Since President Donald Trump pulled the U.S. out of the deal, Iran has been slowly violating the restrictions.

President Donald Trump pulled the U.S. out of the deal unilaterally in 2018, saying it needed to be renegotiated. Iran has since slowly violated the restrictions to try and pressure the remaining nations to increase the incentives to offset new, economy-crippling U.S. sanctions.

The ultimate goal of the JCPOA is to prevent Iran from developing a nuclear bomb. Since the U.S. withdrawal, Iran has stockpiled enough uranium to produce a weapon, although the government in Tehran insists it has no such goal and that its atomic program is only for producing energy.

According to the Washington-based Arms Control Association, Iran would need roughly 1050 kilograms (1.16 tons) of low-enriched uranium - under 5% purity - and would then need to enrich it further to weapons-grade, or more than 90% purity, to make a nuclear weapon.

With the nuclear deal in place, Iran’s so-called breakout time - the period Tehran would need to build a bomb if it chose to - stood at around a year. As Iran has stepped away from the limits of the 2015 deal, it slowly has narrowed that window.

However, that doesn’t mean Iran would immediately rush toward building a bomb if all the materials were in place.

Before agreeing to the nuclear deal, Iran enriched its uranium up to 20% purity, which is just a short technical step away from the weapons-grade level of 90%. In 2013, Iran’s stockpile of enriched uranium was already more than 7,000 kilograms (7.72 tons) with higher enrichment, but it didn’t pursue a bomb.

As the country has expanded its nuclear program, Iran has been open about the violations and continues to allow inspectors for the U.N. atomic agency access to facilities to monitor their operations.

It remains in violation of all the main restrictions outlined by the JCPOA, which Tehran says it hopes will pressure the other nations involved to increase economic incentives to make up for hard-hitting sanctions imposed by Washington after the U.S. withdrawal.

Though Iran has been hard hit by the new coronavirus pandemic, the IAEA said it has maintained its verification and monitoring activities in the country, primarily by chartering aircraft to fly inspectors to and from Iran.

It cited "exceptional cooperation” from authorities in Austria, where it is based, and Iran in facilitating the operation.

The agency raised concerns, however, about access to two of three locations it identified in March as places where Iran possibly stored and/or used undeclared nuclear material or undertook nuclear-related activities without declaring them to international observers.

Activities at all three sites are thought to have been from the early 2000s. The IAEA said in its current report that it had determined that one site had undergone "extensive sanitization and leveling” in 2003 and 2004 and there would be no verification value in inspecting it.

It said Iran has, for more than four months, blocked access to the other two locations, one of which was partially demolished in 2004 and the other at which the agency observed activities "consistent with efforts to sanitize” the facility from July 2019 onward.

The watchdog agency added that Iran has also "not engaged in any substantive discussions” with the IAEA to answer its question about possible undeclared nuclear material and activities for almost a year.