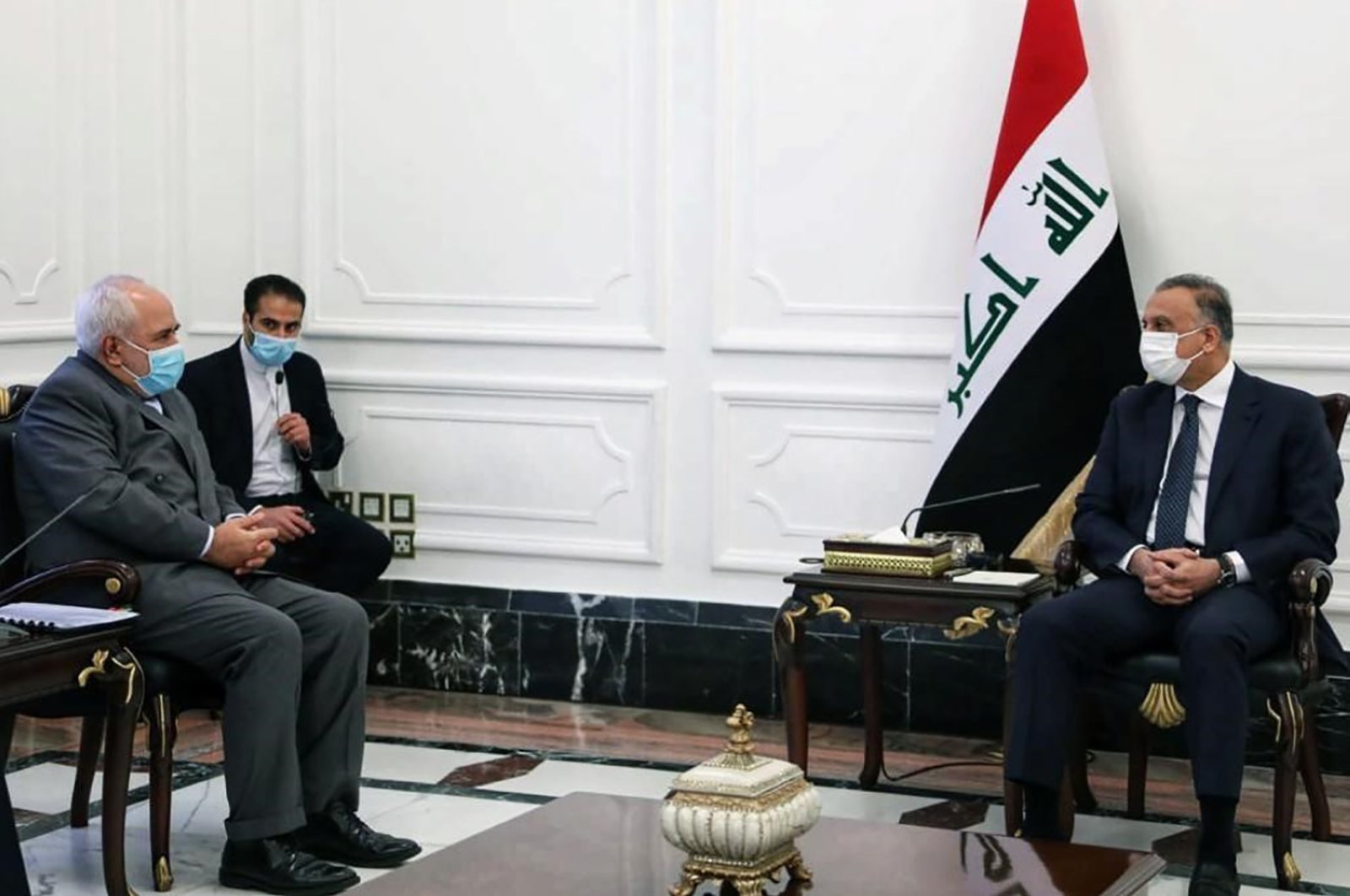 Iran's foreign minister on Sunday stressed that Iran-Iraq relations would not be "shaken," ahead of the Iraqi prime minister's planned visit to Tehran's regional rival, Saudi Arabia, this week.

Iranian Foreign Minister Mohammad Javad Zarif's visit to Baghdad was the first since the American assassination of top Iranian General Qassim Soleimani outside Baghdad airport in January. The brazen strike catapulted Iraq to the brink of a proxy war.

The strong religious tone, tied with Soleimani’s killing, mobilized more pro-Iranian groups to take action against the U.S., and therefore the attacks on the U.S. bases in Iraq have increased lately. The Iraqi government has tussled with Iran-backed militia groups, some of which have become increasingly difficult to control in the absence of Soleimani and senior Iranian militia leader Abu Mahdi al-Muhandis, who was also killed in the strike. Iraq raided the headquarters of the Iran-backed group Kataib Hezbollah over a spate of rocket attacks targeting the U.S. in late June. Most of the militants were later released.

Zarif paid a visit to the site of Soleimani's killing outside the Baghdad airport upon his arrival to Iraq's capital. He said the loss of the Iranian general, who led Iran's expeditionary Quds Force, was "a major loss" in the fight against the Daesh terrorist group, but that "Iran-Iraq relations will not be shaken."

The Iranian minister also met with Prime Minister Mustafa al-Kadhimi a day before the premiere was set to fly to Riyadh on Monday and to Tehran the following day. Baghdad proposed a package of energy-focused development opportunities in Iraq to Saudi Arabia earlier this month and the talks will likely focus on financing for those proposals, other infrastructure projects and a reopening of the Arar border crossing between the two countries, the officials said.

Al-Kadhimi rose to the premiership in May after serving as the head of Iraq's National Intelligence Service for nearly four years, which helped him form a close relationship with Prince Mohammed. He is also known to be respected by Iran's intelligence services and government circles, which prompted speculation he could mediate between the two regional foes. Al-Kadhimi is well-liked in Washington, where he is expected later this month or in early August to pursue a strategic dialogue between Iraq and the U.S.

It would be the first visit by an Iraqi premier to the White House in three years. U.S. officials never extended an invitation to previous prime minister Adel Abdel Mahdi, whom they saw as too close to Iran. It appears Washington is now encouraging a rapprochement between Baghdad and Gulf countries, including Saudi Arabia.

Last week, officials from Iraq, the U.S. and the Gulf Cooperation Council discussed over teleconference an arrangement for Iraq to import electricity from Kuwait, a deal which was agreed last year but has yet to come into effect.