Iran seeks Russia, China support to push back US extension of arms embargo 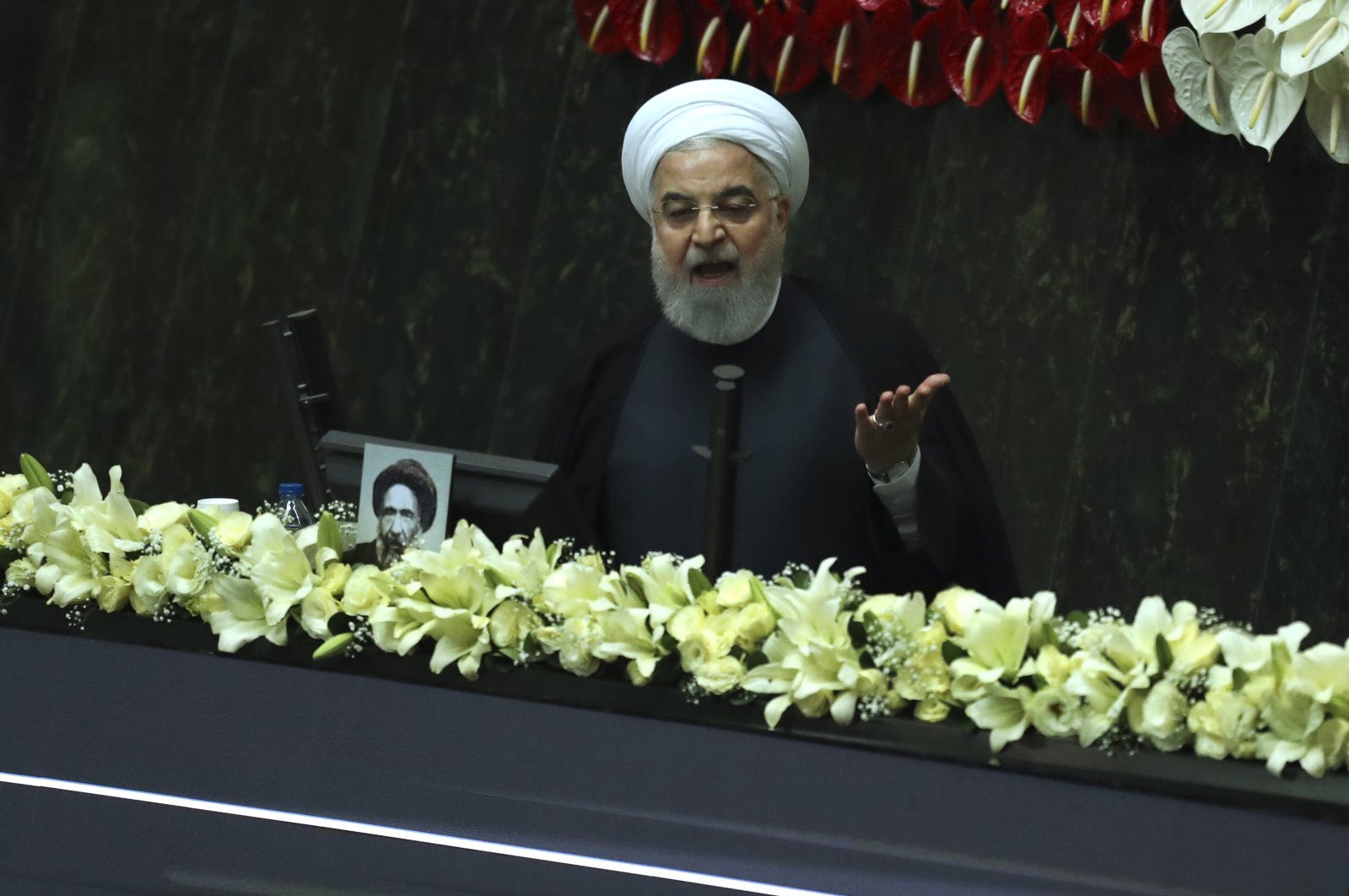 Iranian President Hassan Rouhani speaks during the inauguration of the new parliament in Tehran, Iran, May 27, 2020. (AP Photo)
by REUTERS Jun 10, 2020 1:17 pm
RECOMMENDED

Iran on Wednesday called on Russia and China to resist a push by Washington to extend a U.N.-imposed arms embargo due to expire in October under Tehran's 2015 nuclear deal with six powers.

U.S. President Donald Trump's administration has been taking a harder line with the United Nations to extend and strengthen the embargo on Iran, warning that its lifting would let Tehran acquire weapons that could fuel conflicts in the Middle East.

"Americans are already angry, upset and wanting to take this issue to the Security Council. We want four permanent members of the (U.N. Security) Council to stand up to America," Iranian President Hassan Rouhani said in a televised speech.

"Particularly, we expect Russia and China to resist this U.S. plot. America will not succeed ... and we will increase our defense capabilities as we have been doing so even under sanctions."

Tehran and its rival Saudi Arabia, a close U.S. ally, have been involved in proxy wars and political confrontations in the region for decades, from Iraq and Syria to Bahrain and Yemen.

Council veto-powers Russia and China have already signaled they are against reimposing an arms embargo on Iran.

If the U.N. Security Council does not extend the embargo, Washington has threatened to trigger a so-called snapback of all U.N. sanctions on Iran, including the arms embargo, using a process outlined in the nuclear deal.

However, Russia and China, both parties to the deal, have already started making the case at the United Nations against Washington's claim that it can trigger a return of all sanctions on Iran at the Security Council.

The U.S. withdrew from the deal in 2018, arguing it was flawed to Tehran's advantage and has reimposed sanctions crippling Iran's economy. Under the deal, Iran agreed to halt its sensitive nuclear work in exchange for sanctions relief.

Iran has gradually rolled back its commitments under the accord since the U.S. quit. The nuclear deal allows for a return of sanctions on Iran, including the arms embargo, if Tehran violates the deal.