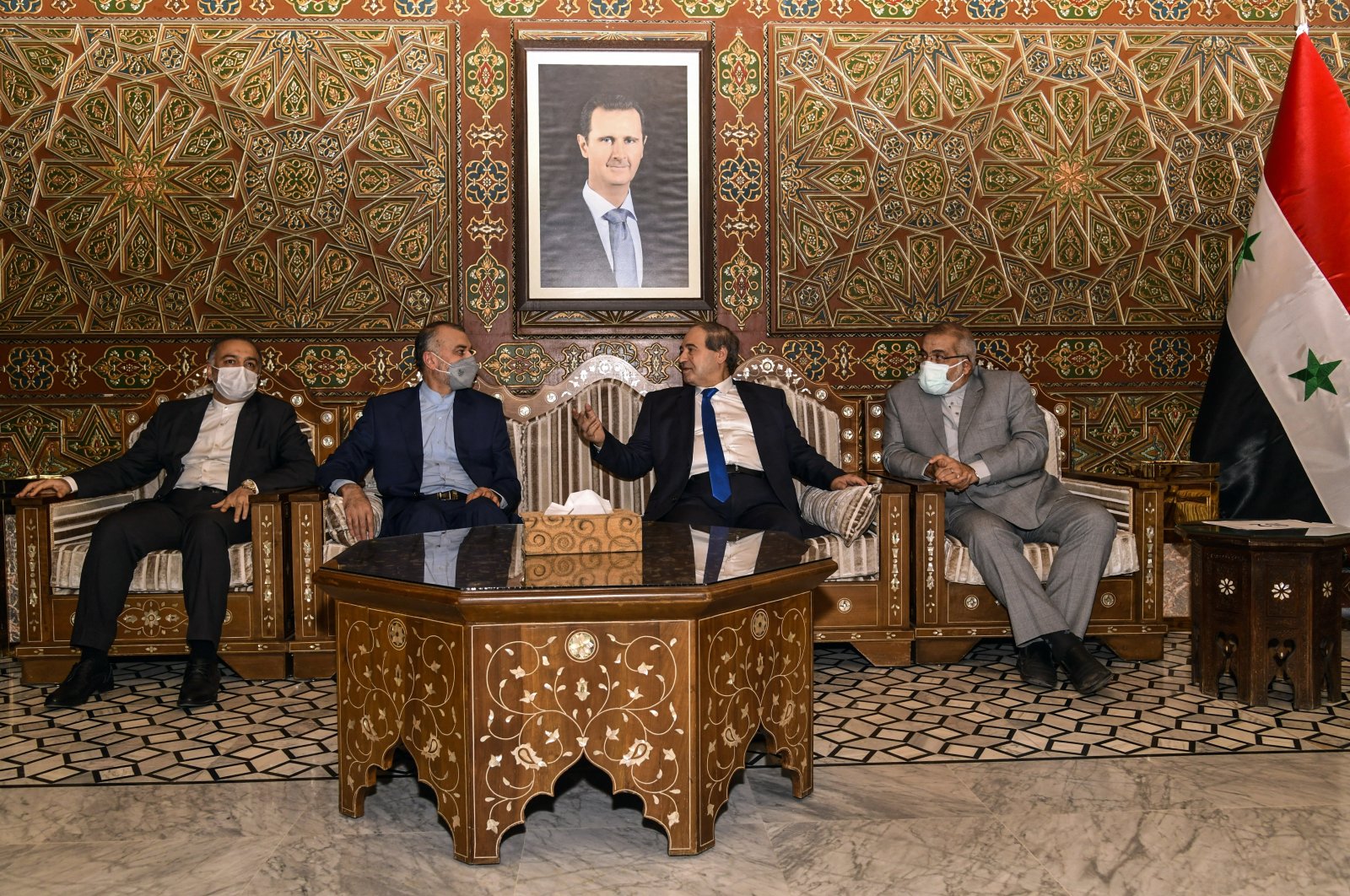 The announcement was made by Iran’s new Foreign Minister Hossein Amir-Abdollahian, who was received at the airport by his Syrian counterpart Faisal Mekdad, during a visit to Damascus.

Iran has been one of the strongest backers of the Assad regime, sending thousands of fighters from around the region to help his troops in Syria’s 10-year conflict that has killed half a million and displaced half the country’s prewar population of 23 million.

With the help of Russia and Iran, regime forces now control much of Syria. But the country has been suffering for years under U.S. and European Union sanctions.

U.S. Treasury sanctions have targeted a network responsible for shipping oil to the regime, spanning Syria, Iran and Russia.

U.S. sanctions were imposed on Tehran after former President Donald Trump pulled the U.S. out of a nuclear deal between Iran and world powers in 2018.

The sanctions have caused severe fuel shortages in Syria, which has been relying mostly on Iranian oil shipments that have been subjected to mysterious attacks over the past two years. Syria has blamed Israel for the attacks.

Amir-Abdollahian’s visit to Syria comes a day after he represented Iran in a conference aimed at easing regional tensions, attended by officials from around the Middle East.

Amir-Abdollahian described Syria as the “land of resistance,” adding that Damascus and Tehran had worked together “on the ground and achieved joint victories.”