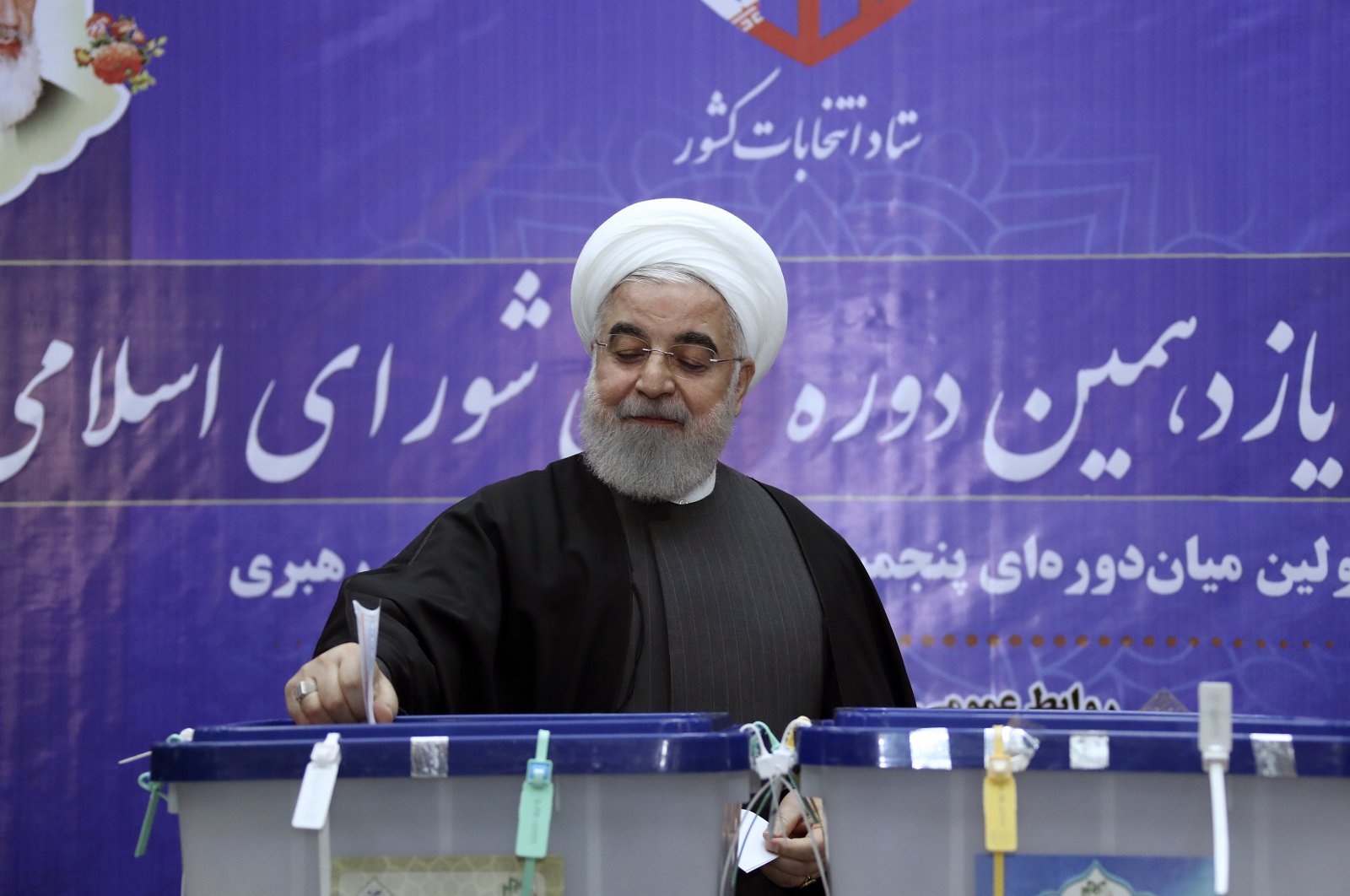 In this photo released by the official website of the office of the Iranian presidency, President Hassan Rouhani casts his ballot in the parliamentary elections at the interior ministry in Tehran, Iran, Feb. 21, 2020. (Iranian Presidency Office Photo via AP)
by ASSOCIATED PRESS Aug 24, 2020 12:36 pm
RECOMMENDED

Iran's constitutional watchdog on Monday set June 18 as the date for the country's next presidential election, a vote that will choose the successor to President Hassan Rouhani, who has served two four-year terms in office.

The watchdog, the Guardian Council, approved the date, Iranian election headquarters chief Jamal Orf told the official Islamic Republic News Agency (IRNA). Candidates hoping to run in the balloting are to apply in early April for approval; the final list is to be announced in early June.

Under Iranian law, an incumbent president cannot run for a third term if he has already served for two consecutive terms in office. Rouhani was first elected in 2013 and reelected four years later.

Rouhani has been under increasing pressure from U.S. sanctions since President Donald Trump two years ago pulled the U.S. out of the 2015 nuclear deal between Iran and world powers. The deal curbed Iran’s nuclear program in exchange for sanctions relief.

Trump also imposed severe sanctions on Iran, sending its economy into a downward spiral. Iran is now grappling with the Trump administration’s push to impose so-called "snapback” sanctions over what Washington says is Iran’s violation of the nuclear deal.

In February, Iran held parliamentary elections that saw a turnout of 42.57% – the lowest since the 1979 Iranian Revolution and a sign of widespread dissatisfaction and the state of the economy amid intense U.S. pressure. The newly elected house is dominated by conservative lawmakers.

Iran is also facing the Mideast region's largest and deadliest outbreak of the coronavirus, with over 358,000 registered cases, including 20,643 deaths.