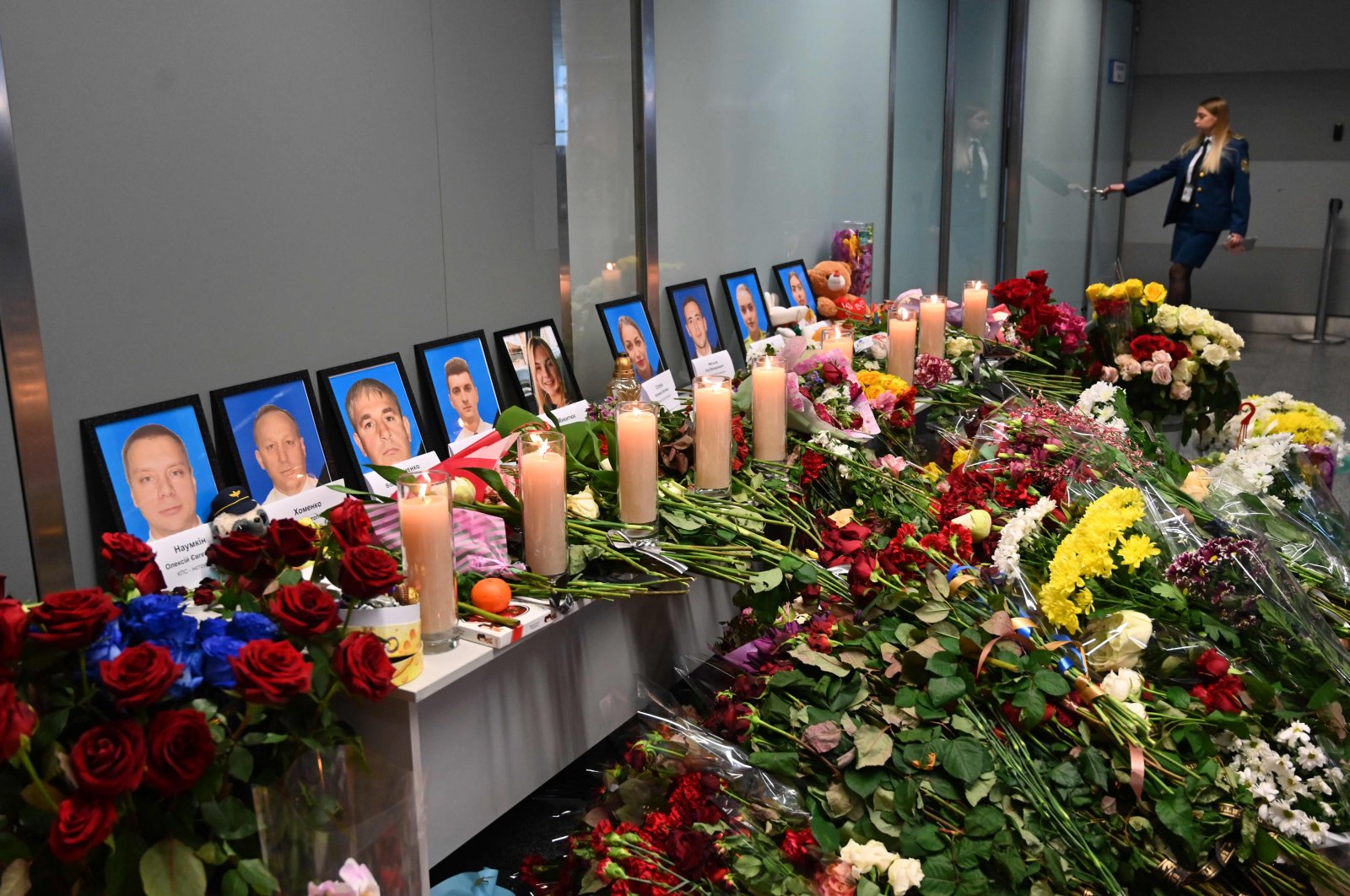 In this file photo, an employee walks in background of a makeshift memorial set up for the victims of the Ukraine International Airlines Boeing 737-800 that crashed near the Iranian capital Tehran, at the Boryspil airport outside Kiev, on January 11, 2020. (AFP Photo)
by Compiled from Wire Services Jul 02, 2020 5:41 pm

Iran is willing to pay compensation to those who lost loved ones in a January plane crash in which 176 lost their lives, the Swedish foreign minister said on Thursday.

Foreign Minister Ann Linde's remarks to the Swedish news agency were made after talks with ministers from countries affected by the crash.

"We have signed a memorandum of understanding that we will negotiate jointly with Iran on compensation and compensation to the victims' next of kin," Linde was quoted as saying.

Iran has said in the past that it would negotiate directly with the families of the victims.

All onboard the Ukrainian International Airlines (UIA) Boeing 737 airliner died when it crashed in a field shortly after take-off from Tehran.

Of the 176 people killed, 57 were Canadian citizens and 29 permanent residents returning to Canada. There were also nationals of Afghanistan and the U.K., Sweden and Ukraine onboard.

Iran previously said its military "unintentionally" shot down the Ukrainian commercial jet near Tehran that crashed and killed everyone aboard.

Tehran cited "human error" as laying behind the incident and said Iran's armed forces regretted that it had led to the deaths of those on board the plane.

Sweden said 17 passengers had ties to the Scandinavian country, including seven with Swedish citizenship and 10 others with residency.

A spokesperson for Linde had no further comment when contacted by dpa.