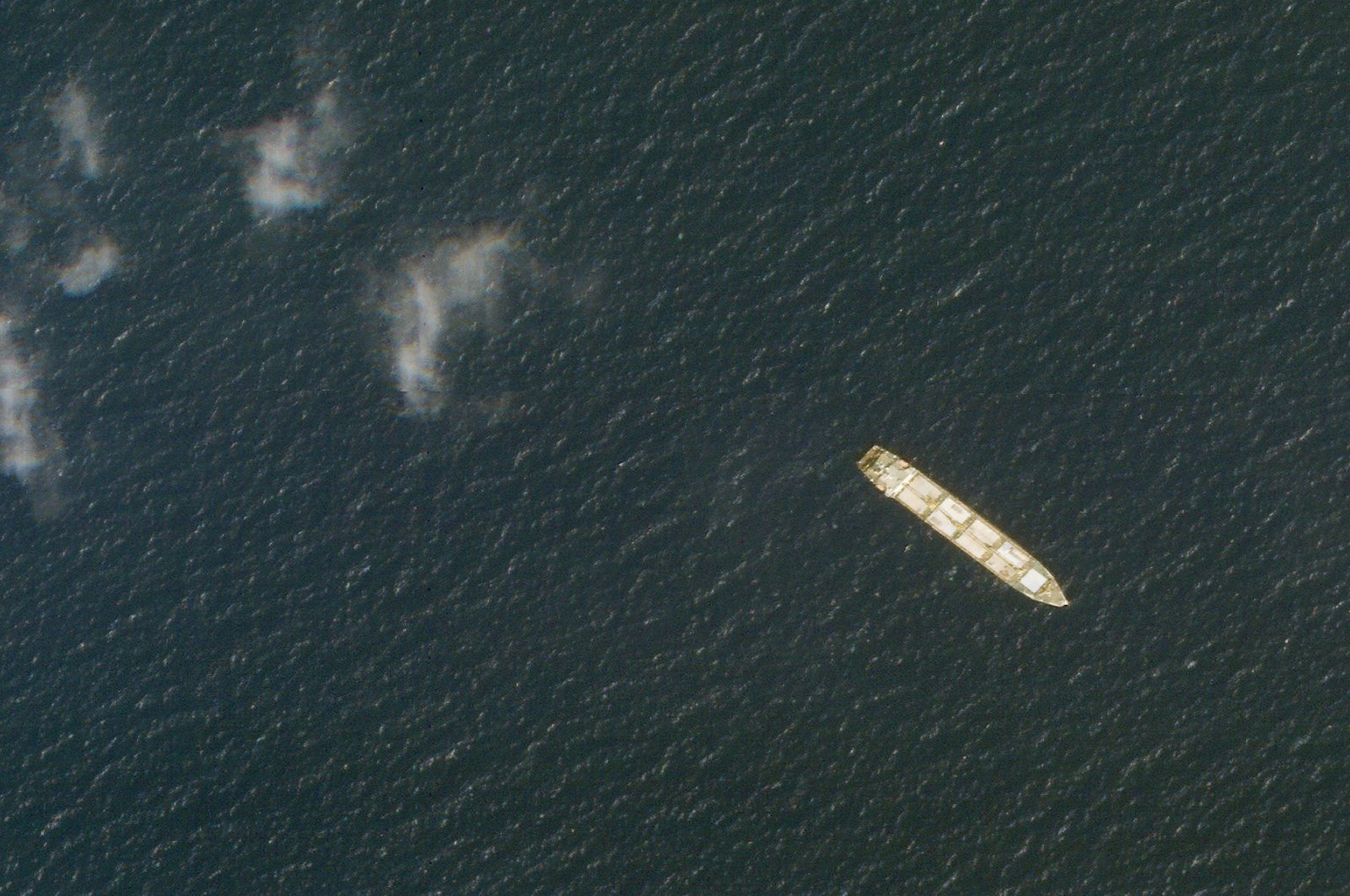 An Iranian cargo ship that allegedly serves as a base for the Revolutionary Guard and anchored for years in the Red Sea off Yemen has come under attack, Tehran acknowledged Wednesday.

Iran's Foreign Ministry confirmed the attack on the MV Saviz, suspected to have been carried out by Israel.

The assault came as Iran and world powers sat down in Vienna for the first talks about the U.S. potentially rejoining Tehran's tattered nuclear deal, showing that challenges ahead don't rest merely in those negotiations.

The ship's long presence in the region, repeatedly criticized by Saudi Arabia, has come as the West and United Nations experts say Iran has provided arms and support to Yemen's Houthi rebels amid that country's yearslong war. Iran denies arming the Houthis, though components found in the rebels' weaponry link back to Tehran.

Iran previously described the vessel as aiding in “anti-piracy” efforts in the Red Sea and the Bab el-Mandeb strait, a crucial choke point in international shipping. A statement attributed to Foreign Ministry spokesman Saeed Khatibzadeh described the ship as a commercial vessel.

"Fortunately, no casualties were reported ... and technical investigations are underway," Khatibzadeh said. "Our country will take all necessary measures through international authorities.”

In an earlier state TV statement, an anchor cited a New York Times story, which quoted an anonymous U.S. official telling the newspaper that Israel informed America it carried out an attack Tuesday morning on the vessel.

Israeli officials declined to comment about the incident when reached by The Associated Press (AP), as did the Saviz's owner.

However, Israeli Prime Minister Benjamin Netanyahu on Tuesday brought up Iran in a speech to his Likud party after being asked to form a government following the country's recent election.

"We must not go back to the dangerous nuclear deal with Iran, because a nuclear Iran is an existential threat to the state of Israel and a great threat to the security of the entire world,” Netanyahu said.

Iranian President Hassan Rouhani called the Vienna talks a "success” while speaking to his Cabinet on Wednesday.

"Today, one united statement is being heard that all sides of the nuclear deal have concluded that there is no solution better but the deal,” he said.

Iran's semiofficial Tasnim news agency, believed to be close to the Guard, blamed the blast on explosives planted on Saviz's hull. It did not blame anyone for the attack and said Iranian officials likely would offer more information in the coming days.

In a statement, the U.S. military’s Central Command only said it was "aware of media reporting of an incident involving the Saviz in the Red Sea.”

"We can confirm that no U.S. forces were involved in the incident,” the command said. "We have no additional information to provide.”

The Saviz, owned by the state-linked Islamic Republic of Iran Shipping Lines, came to the Red Sea in late 2016, according to ship-tracking data. In the years since, it has drifted off the Dahlak archipelago, a chain of islands off the coast of the nearby African nation of Eritrea in the Red Sea.

It likely received supply replenishments and switched crew via passing Iranian vessels using the waterway. Briefing materials from the Saudi military earlier obtained by the AP showed men on the vessel dressed in camouflage, military-style fatigues, as well as small boats capable of ferrying cargo to the Yemeni coast.

That briefing material also included pictures showing a variety of antennas on the vessel that the Saudi government described as unusual for a commercial cargo ship, suggesting it conducted electronic surveillance.

Other images showed the ship had mounts for .50-caliber machine guns. The Washington Institute for Near-East Policy has called the Saviz an "Iranian mothership” in the region, similarly describing it as an intelligence-gathering base and an armory for the Guard.

Policy papers from the institute don't explain how they came to that conclusion, though its analysts routinely have access to Gulf and Israeli military sources. The Saviz had been under international sanctions until Iran's 2015 nuclear deal with world powers, which saw Tehran receive economic relief in exchange for limiting its enrichment of uranium.

The Trump administration later renewed American sanctions on the Saviz as part of its decision to unilaterally withdraw from the accord. In June 2019, Saudi Arabia flew a critically ill Iranian off the Saviz after Tehran made a request through the United Nations for assistance.

Amid the wider tensions between the U.S. and Iran, a series of mysterious blasts have targeted ships in the region, including some the U.S. Navy blamed on Iran. Among the ships damaged recently was an Israeli-owned car carrier in an attack Netanyahu blamed on Iran.

Another was an Iranian cargo ship in the Mediterranean Sea. Iran also has blamed Israel for a recent series of attacks, including a mysterious explosion in July that destroyed an advanced centrifuge assembly plant at its Natanz nuclear facility.

Another is the November killing of Mohsen Fakhrizadeh, a top Iranian scientist who founded the Islamic Republic’s military nuclear program two decades ago.