Iran's IRGC unveils underground missile base amid tension with US 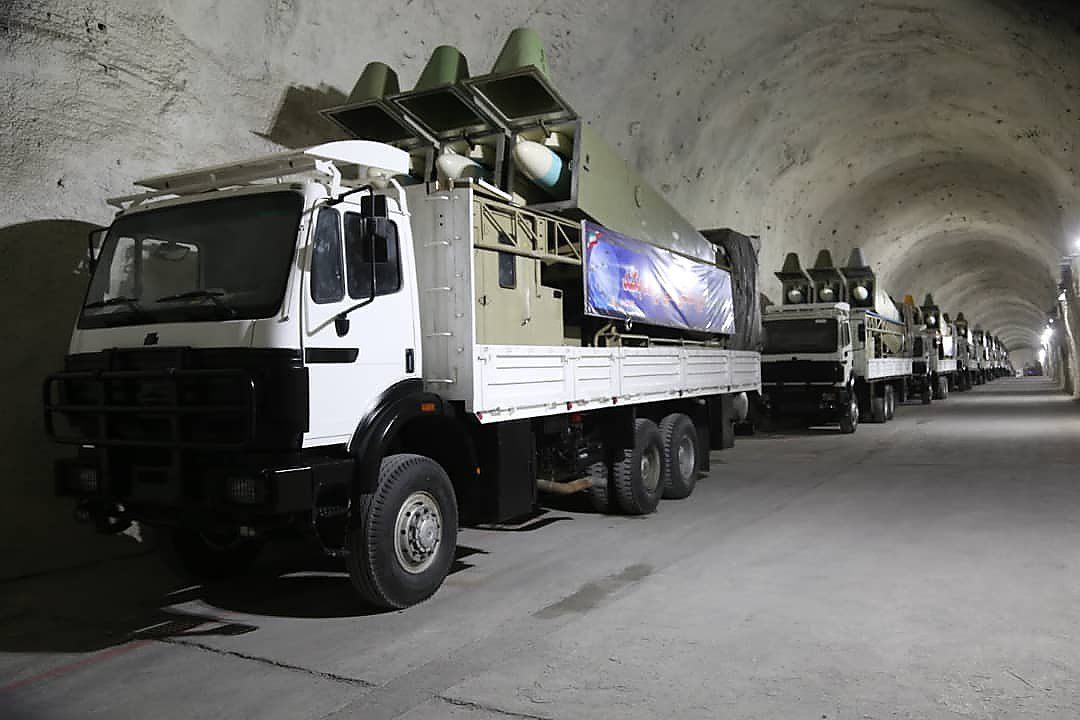 Noor anti-ship missiles are seen on display during the inauguration of an underground missile base at an undisclosed Gulf location, in this handout photo released Jan. 8, 2021. (Iran's Revolutionary Guards via Sepah news/AFP)
by Compiled from Wire Services Jan 08, 2021 6:11 pm
RECOMMENDED

Iran's elite Revolutionary Guard Corps (IRGC) unveiled an underground missile base at an undisclosed Gulf location on Friday, Iranian state media reported, at a time of heightened tension between Tehran and the United States.

"The base is one of several bases housing the Guards' Navy's strategic missiles," the state media quoted the head of the IRGC, Maj. Gen. Hossein Salami, as saying.

The footage from the state television showed top commanders from the IRGC entering the underground depot. They are then shown walking through seemingly endless tunnels filled with various missiles and trucks.

"These missiles have ranges of hundreds of kilometers, enjoy pinpoint accuracy and huge destructive power, and can overcome the enemy’s electronic warfare equipment," said Salami, adding that the IRGC’s navy has “many” such bases, according to the Doha-based Al Jazeera news network.

Last year, the IRGC said Iran had built underground "missile cities” along the Gulf coastline, warning of a "nightmare for Iran's enemies."

Salami said the base was "one of several bases housing the Navy’s strategic missiles."

There have been periodic confrontations in the Gulf in recent years between the IRGC and the U.S. military, which has accused the IRGC's navy of sending fast attack boats to harass U.S. warships as they pass the Strait of Hormuz.

Tensions have been high between Tehran and Washington since 2018 when U.S. President Donald Trump exited the 2015 nuclear deal between Iran and six world powers which limits Tehran's nuclear program and reimposed sanctions that have crippled the country's economy.