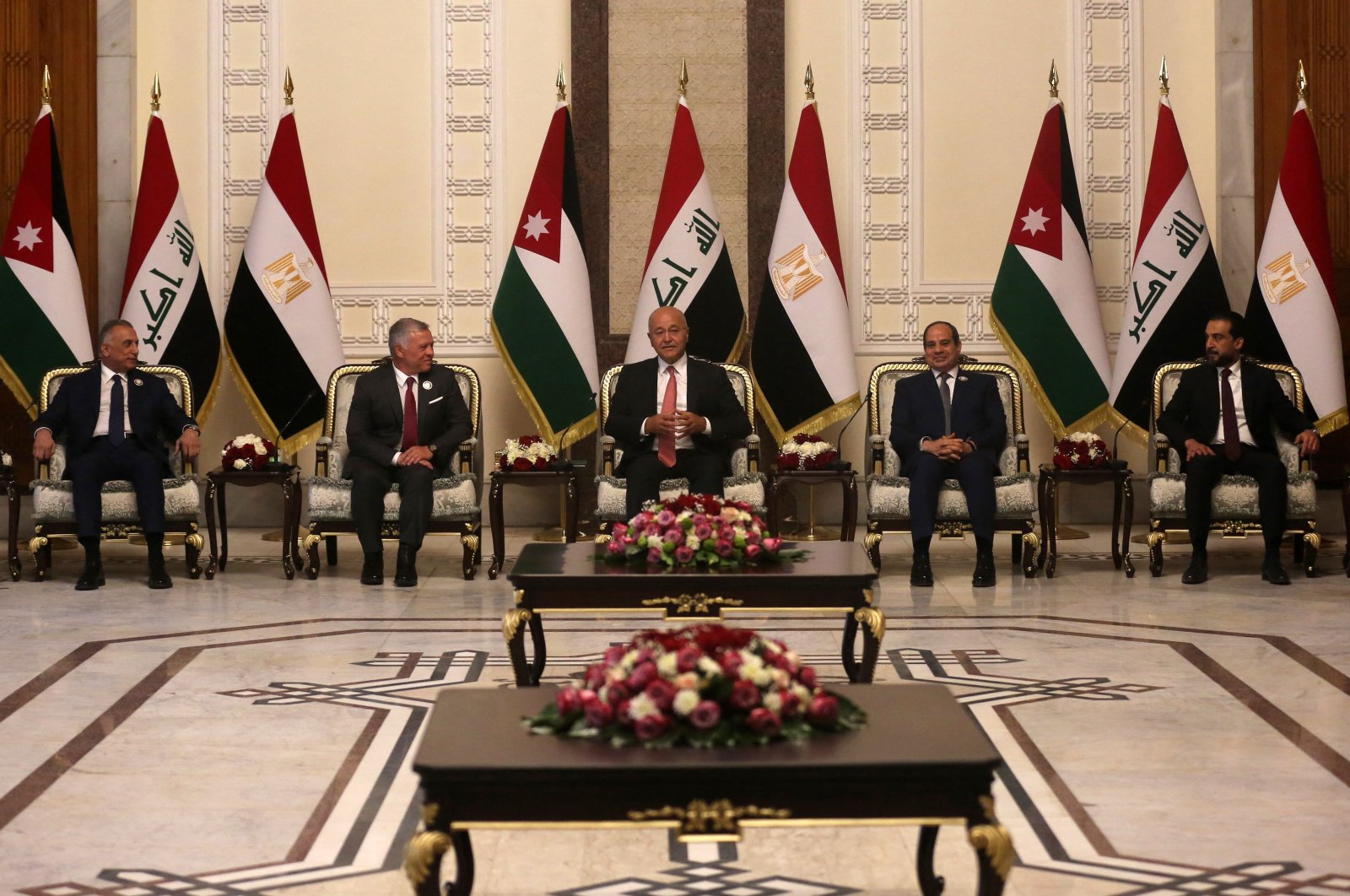 Iraq hosted leaders of Egypt and Jordan in the capital Baghdad on Sunday at a tripartite summit where the nations agreed to bolster security and economic cooperation. The occasion also marked the first time in three decades that an Egyptian head of state visited Iraq.

The visits by Egypt's President Abdel-Fattah el-Sissi and Jordan's King Abdullah II came as Iraq seeks to move closer to Arab allies of the United States in the Middle East.

Iraq is also seeking to establish itself as a mediator between Arab countries and Iran, after reportedly hosting talks in April between Tehran and Riyadh.

"Iraq's recovery paves the way to an integrated system for our region built on the fight against extremism, respect for sovereignty and economic partnership," Salih said on Twitter.

The summit held between Kadhimi and his guests broached regional issues, as well as ways of bolstering cooperation between Iraq, Jordan and Egypt in the fields of security, energy and trade, according to a joint statement released at the end of the meeting.

The leaders discussed a "political solution" to Syria's 10-year civil war based on U.N. resolutions "that would preserve its security and stability and provide adequate conditions for the return of refugees."

The Syria conflict has killed hundreds of thousands and displaced millions, with refugees flooding the borders of neighboring countries including Jordan, which lacks resources and faces economic hardships.

The leaders welcomed efforts underway to restore stability in Libya and Yemen, and called for the departure of foreign forces and mercenaries from Libya.

They called for renewed efforts to reach a "just and comprehensive peace" between Israel and the Palestinians, and for the creation of an independent Palestinian state.

They also hailed Egypt's role in negotiating an end to deadly hostilities between Israel and the Gaza Strip's Hamas in May, and Cairo's pledge to help rebuild the coastal enclave.

Kadhimi had set the tone at the start of the summit, saying the three countries would "try to shape a common vision... through cooperation and coordination" regarding Syria, Libya, Yemen and Palestine.

Relations between Baghdad and Cairo have improved in recent years, and officials from the two countries have conducted visits.

The Jordanian king visited in early 2019 for the first time in 10 years.

Media reports revealed that Iranian and Saudi officials met in Baghdad in April, their first high-level meeting since Riyadh cut diplomatic ties with Tehran in 2016.

Iraqi analyst Ihsan al-Shamari said that Sunday's summit was "a message for the United States that Iraq will not only have relations with Iran at the expense of Arab countries."

Analysts have long said that Iraq is a battleground for influence between arch-foes Washington and Tehran with whom it maintains good relations.