Isolating Taliban may lead to instability in Afghanistan: Qatar 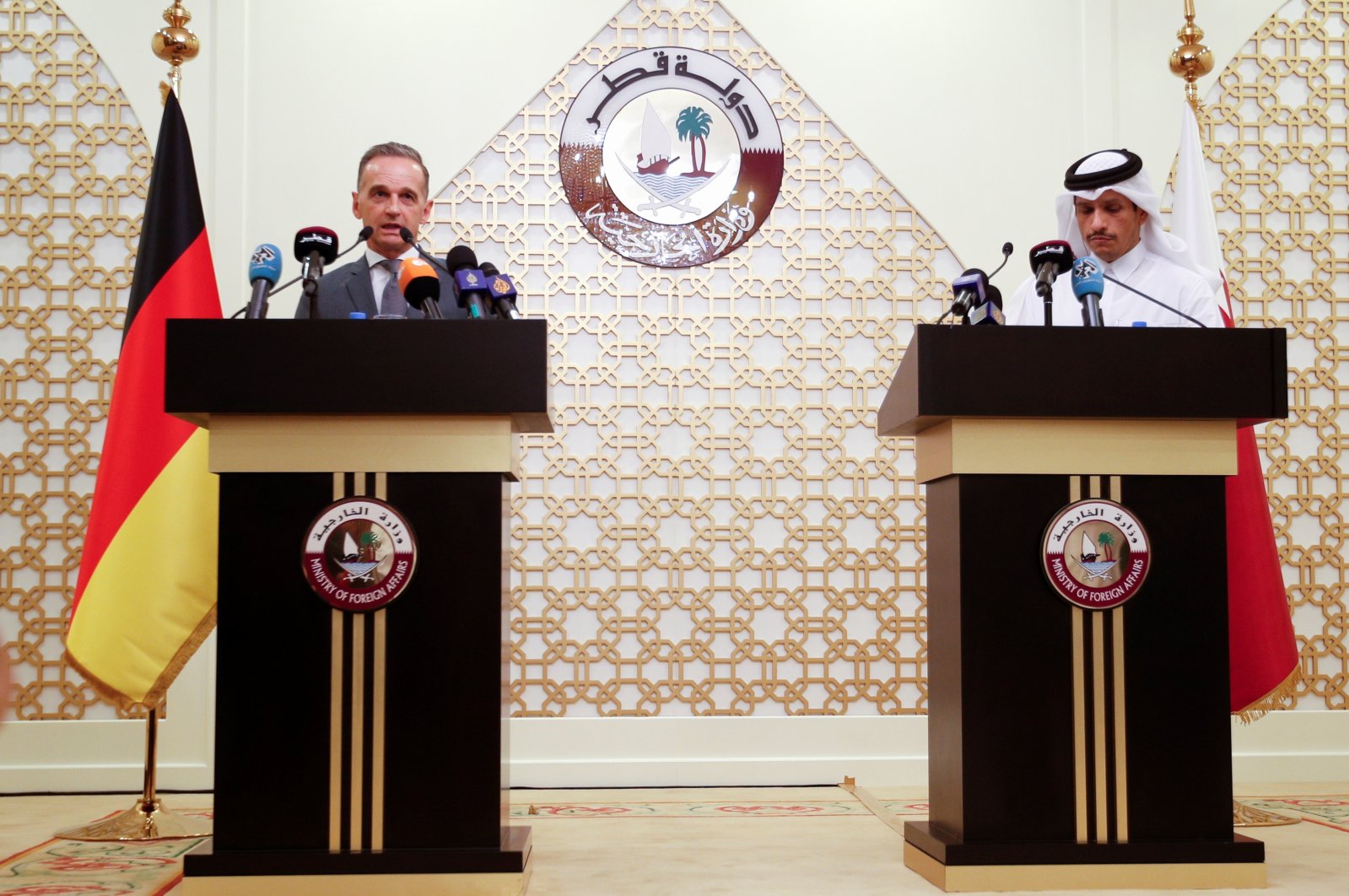 Qatar's foreign minister Tuesday warned that isolating the Taliban could lead to further instability and urged countries to engage with the movement to address security and socioeconomic concerns in Afghanistan.

The United States-allied Gulf Arab state has emerged as a key interlocutor to the Taliban, having hosted the group's political office since 2013.

"If we are starting to put conditions and stopping this engagement, we are going to leave a vacuum, and the question is, who is going to fill this vacuum?," Sheikh Mohammed bin Abdulrahman Al Thani said in Doha, alongside his German counterpart, Heiko Maas.

No country has recognized the Taliban as the government of Afghanistan after their capture of Kabul on Aug. 15. Many Western states have urged the group to form an inclusive government and to respect human rights.

"We believe that without engagement we cannot reach ... real progress on the security front or on the socioeconomic front," Sheikh Mohammed said, adding that recognizing the Taliban as the government was not a priority. German Foreign Minister Maas told reporters Berlin was willing to help Afghanistan but that international assistance comes with certain prerequisites.

The Taliban, which have held talks with members of the previous Afghan government and others in civil society, have said they would soon announce a full Cabinet. Qatar's Sheikh Mohammed said the group had shown openness toward the idea of an inclusive government.

The Taliban were known for harsh rule from 1996 to 2001 when they repressed women, including banning them from study and work. The Taliban have sought to alleviate concerns by committing to respecting individual rights and affirming that women will be able to study and work under their rule.

Sheikh Mohammed said isolating the Taliban during their last rule 20 years ago led to the current situation. Since the Taliban took Kabul, there has been "tremendous engagement" on evacuations and counterterrorism, which delivered "positive results," he said, adding that talks on Qatar providing assistance for the running of Kabul Hamid Karzai International Airport were ongoing and no decision had been made.

“During our talks with the Taliban, there was no positive or negative response,” Sheikh Mohammed said.

The Taliban celebrated Tuesday after gaining absolute power after the last American soldier entered a military plane leaving the territory of the war-torn country after 20 years. Celebratory gunfire and fireworks were heard across Kabul as the militants announced their victory over the United States and declared "full independence."

Germany's Maas said, "There is no way around talks with the Taliban," adding that the international community could not afford instability in Afghanistan.

“I personally believe there is absolutely no way around having talks with the Taliban ... because we absolutely cannot afford to have instability in Afghanistan,” he said. “That would aid terrorism and have a huge negative impact on neighboring countries," he added.

“We are not looking at questions of formal recognition, but we want to solve the existing problems – regarding the people in Afghanistan, the German citizens, but also the local staff who want to leave the country," Mass explained. Earlier, German Chancellor Angela Merkel underlined "existential importance" of keeping Kabul airport open.