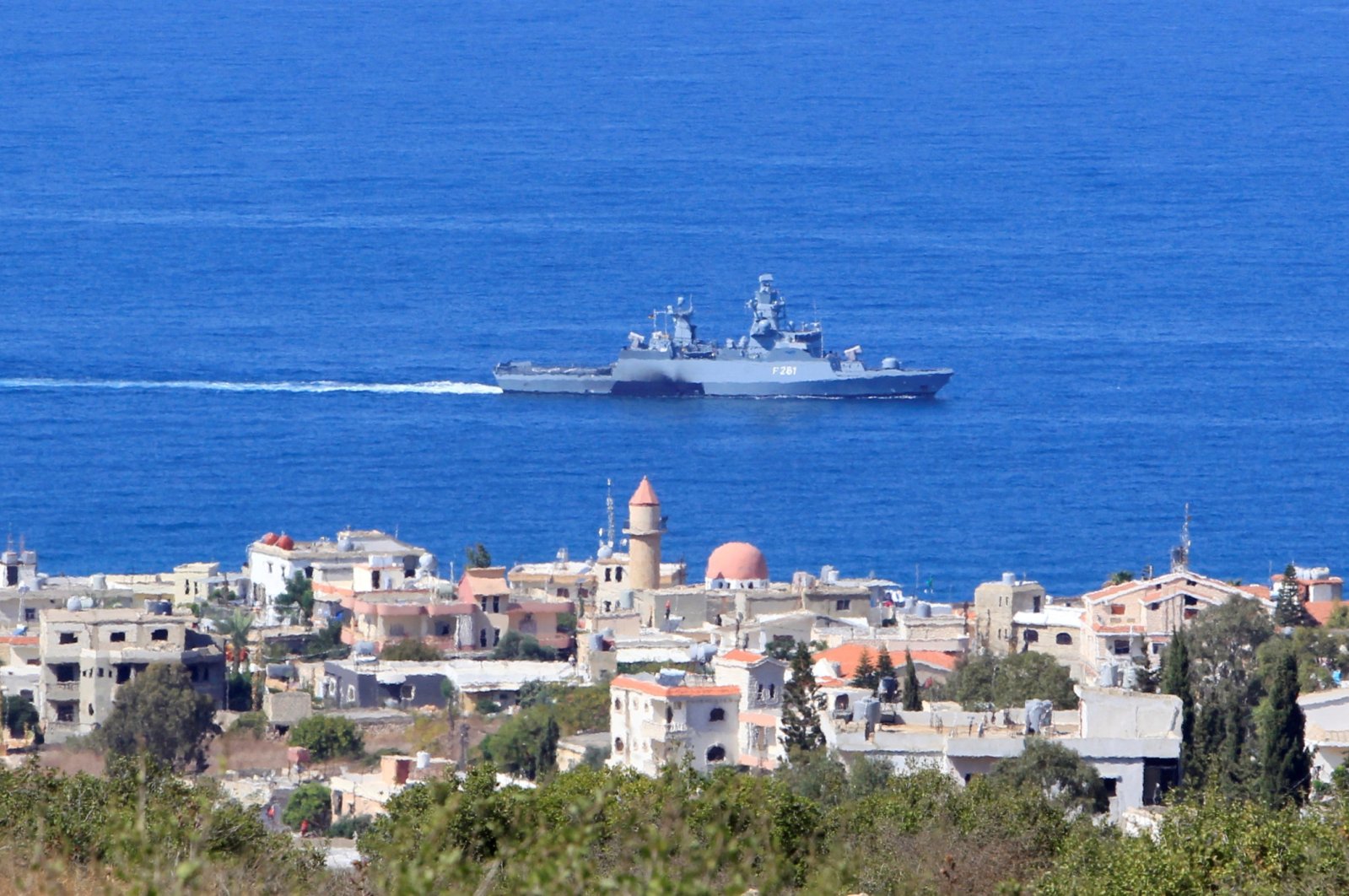 A United Nations naval ship is pictured off the Lebanese coast in the town of Naqoura, near the Lebanese-Israeli border, southern Lebanon, Oct. 14, 2020. (Reuters Photo)
by Agencies
Nov 20, 2020 1:13 pm

Israel has accused Lebanon of changing its position in talks on their disputed maritime border and warned it could lead to a "dead end" that would be damaging for the whole region.

Lebanon and Israel, which remain technically at war, agreed to launch talks via U.S. and United Nations mediation last month over a maritime border running through potentially gas-rich Mediterranean waters. This follows three years of diplomacy by Washington and comes weeks after it stepped up sanctions on political allies of Iran-backed Hezbollah in Lebanon, a country deep in financial crisis.

Earlier on Thursday, Lebanese President Michel Aoun had set out his country's position on the maritime border, which he said should be "based on the line that departs on land from the point of Ras Naqoura," according to the Agence France Presse (AFP) report.

The demarcation should be "according to the general principle known as the median line, without taking into account any impact of the occupied Palestinian coastal islands," Aoun tweeted, referring to the Israeli coastline.

Israel and Lebanon have been negotiating based on a map registered with the U.N. in 2011, which shows an 860-square-kilometer (330-square-mile) patch of sea as being disputed. But Lebanon considers that map to have been based on wrong estimates.

Beirut hopes that oil and gas discoveries in its territorial waters will help it overcome its economic crisis and pay back its massive debt that stands at 170% of gross domestic product (GDP), making it one of the highest in the world.

Israel and Lebanon have no diplomatic relations and are technically in a state of war.

In February 2018, Lebanon signed its first contract for drilling in two blocks in the Mediterranean Sea with a consortium comprising energy giants Total, ENI and Novatek. Exploration of one of the blocks is more controversial as part of it is located in an 860-square-kilometer area claimed by both Israel and Lebanon.

A senior source at Israel's energy ministry told AFP that the border dispute "can be concluded hopefully in a few months' time."

"This is a limited effort to resolve a well-defined, limited problem," he said. "We have no illusions. Our aim is not to create here some kind of normalization or peace process."