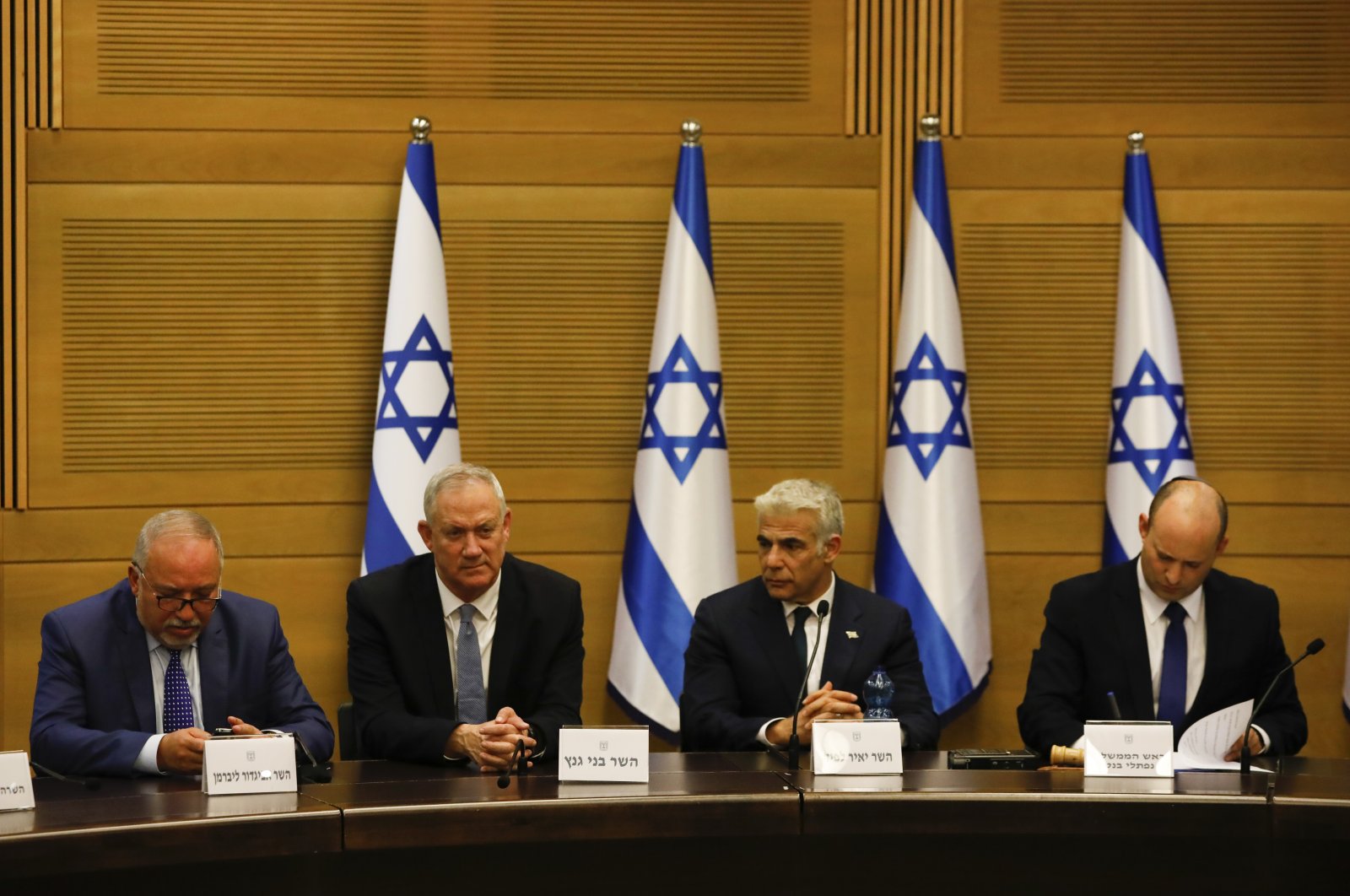 Israel's parliament is set to vote Monday on whether to renew a temporary law first enacted in 2003 that bars Arab citizens of Israel from extending citizenship or even residency to spouses from the occupied West Bank and Gaza.

Critics, including many left-wing and Arab lawmakers, say it's a racist measure aimed at restricting the growth of Israel's Arab minority, while supporters say it's needed for security purposes and to preserve Israel's Jewish character.

The law creates an array of difficulties for Palestinian families that span the war-drawn and largely invisible frontiers separating Israel from East Jerusalem, the West Bank and Gaza, territories it seized in the 1967 war and that the Palestinians want for a future state.

Israel's dominant right-wing parties strongly support the law, and it has been renewed every year since being enacted. But Israel's new government includes opponents of the measure, and the right-wing opposition led by former Prime Minister Benjamin Netanyahu – aiming to embarrass the government – has warned it won't provide the votes needed to renew the law.

The vote is expected late Monday.

The Citizenship and Entry into Israel Law was enacted as a temporary measure in 2003, at the height of the second intifada. Proponents said Palestinians from the occupied West Bank and Gaza were susceptible to recruitment by armed groups and that security vetting alone was insufficient.

The law has been renewed even after the uprising wound down in 2005 and the number of attacks plummeted. Today, Israel allows more than 100,000 Palestinian workers from the West Bank to enter on a regular basis.

“It was passed in the middle of the intifada, and now we are in a very different period in time," said Yuval Shany, a legal expert at the Israel Democracy Institute. Not only are attacks far rarer, but Israel has vastly improved its technological abilities to monitor Palestinians who enter, he said. “I don’t think the security argument is very strong at this point in time.”

Because of the law, Arab citizens have few if any avenues for bringing spouses from the West Bank and Gaza into Israel. The policy affects thousands of families.

Male spouses over the age of 35 and female spouses over the age of 25, as well as some humanitarian cases, can apply for the equivalent of a tourist permit, which must be regularly renewed. The holders of such permits are ineligible for driver's licenses, public health insurance and most forms of employment. Palestinian spouses from Gaza have been completely banned since the Palestinian resistance group Hamas seized power there in 2007.

The law does not apply to the nearly 500,000 illegal Jewish settlers who live in the West Bank, who have full Israeli citizenship. Under Israel's Law of Return, Jews who come to Israel from anywhere in the world are eligible for citizenship.

Israel's Arab minority, which makes up 20% of the population, has close familial ties to Palestinians in the West Bank and the Gaza Strip and largely identifies with their cause. Arab citizens view the law as one of several forms of discrimination they face in a country that legally defines itself as a Jewish nation-state.

“This law sees every Palestinian as an enemy and as a threat, just because of his ethnic and national affiliation," said Sawsan Zaher, a lawyer with Adalah, an Arab rights group that has challenged the law in court. "The political message is very racist and very dangerous.”

Palestinians who are unable to get permits but try to live with their spouses inside Israel are at risk of deportation. Couples that move to the West Bank live under Israeli military occupation. If their children are born in the West Bank, they would be subject to the same law preventing spouses from entering Israel, though there is an exception for minors.

The citizenship law also applies to Jewish Israelis who marry Palestinians from the territories, but such unions are extremely rare.

Human Rights Watch pointed to the law as an example of the widespread discrimination faced by Palestinians – both inside Israel and in the territories it controls – in a report earlier this year that said such practices amount to apartheid.

Israel rejects such allegations and says Jewish and Arab citizens have equal rights. It says a controversial 2018 law, which defines Israel as the nation-state of the Jewish people, merely recognizes the country's character and does not infringe on individual rights.

Arab citizens have the right to vote, and the new government for the first time includes an Arab faction, which is opposed to the citizenship law.

“This law is essential for safeguarding the country’s security and Jewish and democratic character, and security considerations need to be put before all political considerations,” Gantz said in a statement. “Even in difficult times politically, we put Israel before everything.”