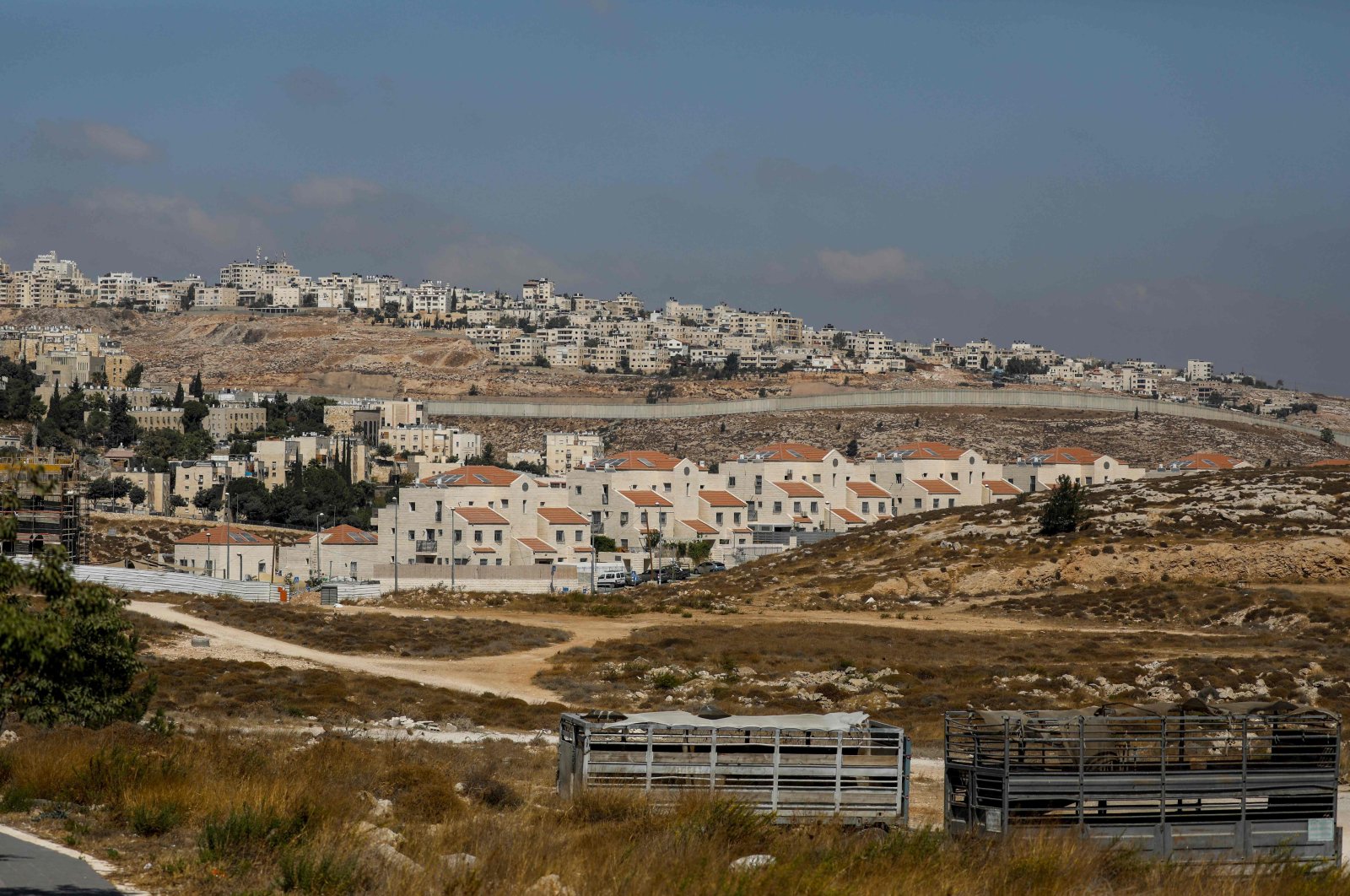 Israel's controversial concrete barrier separates the Jewish settlement of Neve Yaakov in the northern part of east Jerusalem and the Palestinian area of al-Ram in the occupied West Bank, Oct. 14, 2020. (AFP Photo)
by Daily Sabah with AFP
Oct 14, 2020 2:33 pm

Israel advances plans to build 2,166 settlement units in West Bank, making 2020 the biggest year for the Israeli expansion in occupied Palestinian territories since 2012

The approvals came less than a month after the United Arab Emirates (UAE) and Bahrain signed agreements to normalize relations with Israel, which in return pledged to freeze its plans to annex swathes of the West Bank.

Nongovernmental organization (NGO) Peace Now says the settlement uptick signals Israel's rejection of Palestinian statehood and deals a blow to hopes of a wider Israeli-Arab peace. "(Israeli Prime Minister Benjamin) Netanyahu is moving ahead at full steam toward solidifying the de facto annexation of the West Bank," it said in a statement ahead of Wednesday's decisions.

Netanyahu has come under significant pressure from settlers, one of his Likud party’s key constituencies, since signing the normalization deal. As part of the deal, Netanyahu agreed to suspend plans to annex parts of the West Bank, outraging settlers.

U.S. President Donald Trump sees the Gulf accords as part of his broader initiative for Middle East peace. But a controversial plan he unveiled in January gave U.S. blessing to Israeli annexation of large chunks of the West Bank, including the settlements and communities considered illegal under international law.

The two Gulf countries were only the third and fourth Arab states to normalize relations with Israel, following Egypt in 1979 and Jordan in 1994 and Netanyahu has said he sees others following.

Israel's plan to annex large swaths of land in the occupied West Bank from Palestinians has drawn international criticism, with Turkey, the United Nations and the European Union voicing concern over the controversial move. Turkey has urged the international community to stand against Israel's unilateral and illegal move in the occupied Palestinian territories, stressing the adherence to the two-state solution based on the 1967 border between the two nations.