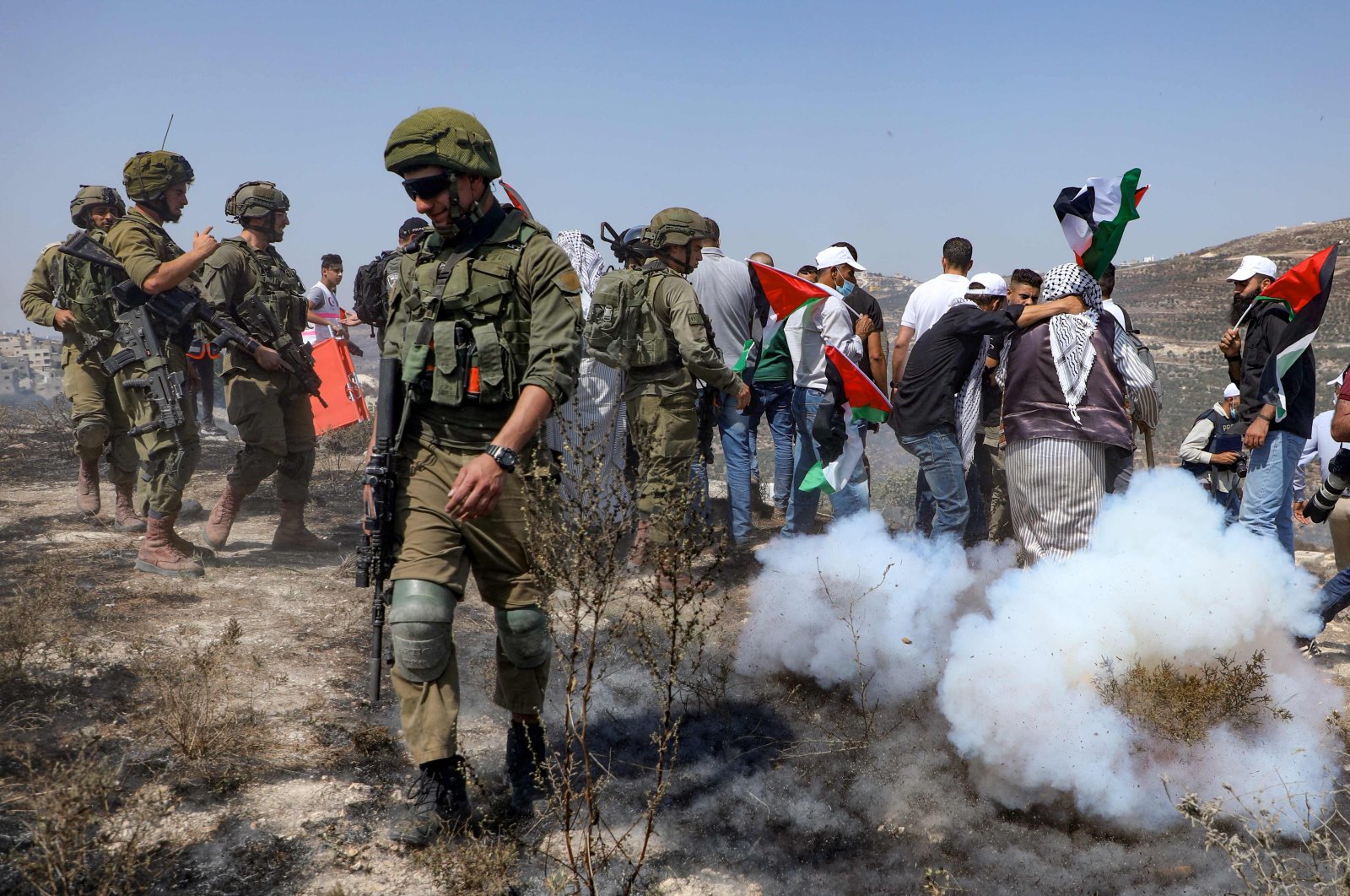 Palestinian activist Khairi Hanoun was arrested Monday by the Israeli army, weeks after footage of a soldier kneeling on his neck during a protest sparked outrage.

Hanoun, in his mid-sixties, has regularly taken part in protests against the proposed extension of an Israeli settlement near Tulkarm in the north of the West Bank, Palestinian territory occupied by Israel since 1967.

In early September, he attended a rally by dozens of people at a road bordering the village of Shufah, between Nablus and Tulkarm, during which clashes broke out with Israeli soldiers.

A video circulating on social media earlier this month showed an Israeli soldier kneeling on the 65-year-old Palestinian protester's neck while arresting him during a demonstration in the occupied West Bank.

Hannoun said he was with dozens of demonstrators near the West Bank town of Tulkarem who were protesting Israeli plans to build an industrial park.

Later, journalists on the scene saw Hanoun, standing with his hands handcuffed behind his back, appear to step back from a soldier who grabbed him and shoved him to the ground, placing his knee on his neck again.

On Monday, Hanoun was arrested by the Israeli army at his home in Anabta, between Nablus and Tulkarm, Palestinian security services said in a statement.

According to the statement, he was arrested to "put an end to his interviews with the media in which he speaks of the brutal aggression he has recently faced."

A spokesperson for the Israeli army said that Hanoun wasn't arrested for a specific event, but is a "figure of interest to the army and police."

The army said videos that had circulated of the incident were "partial" and did not "reflect the violent riot nor the violence" against Israeli troops prior to Hanoun's arrest.

Edited footage of the incident had circulated on social media and Palestinian television channels, several with the hashtag #PalestinianLivesMatter.

They compared the image with George Floyd, an unarmed African American who was filmed with a police officer pressing his knee to Floyd's neck until he died.