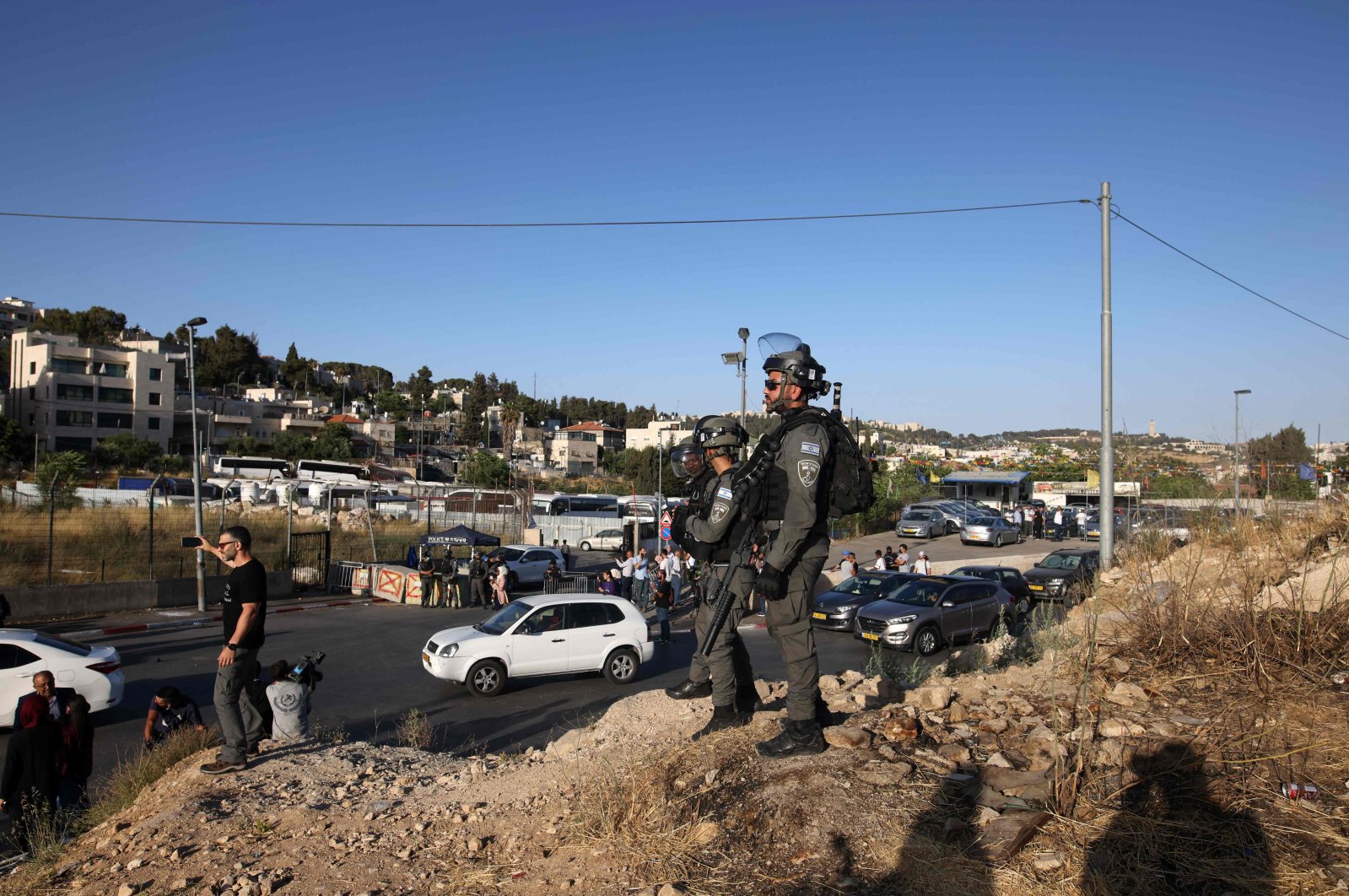 Israeli security forces watch as protesters near an Israeli police checkpoint at the entrance of the Sheikh Jarrah neighborhood in East Jerusalem rally to demand the reopening of the roadblock, Palestine, May 29, 2021. (AFP Photo)
by Anadolu Agency
Jun 01, 2021 4:53 pm

Israeli ministers Tuesday laid the cornerstone for a new project to build an additional 350 units in the Beit El settlement near the West Bank city of Ramallah.

"Settlements and (the) land of Israel are more important than any person or any political situation," Edelstein, who is a member of the ruling Likud Party, told the ceremony.

Gallant, for his part, said his government has solidified Jewish settlement construction in the Beit El settlement, which he described as an "Israeli city where (our) ancestors lived."

The Israeli government had approved the construction of the 350 new units in the Beit El settlement at the end of 2020.