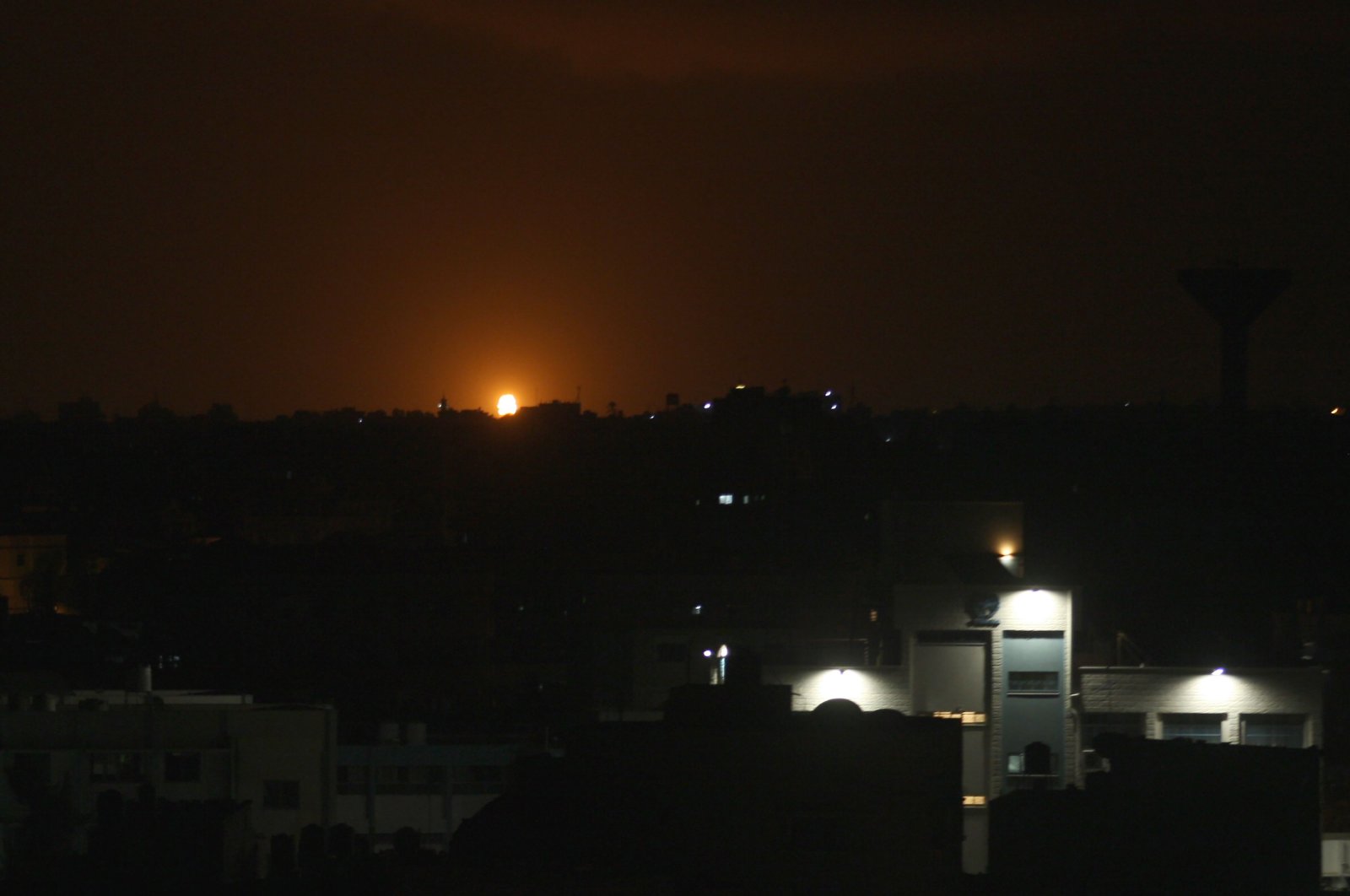 Israeli warplanes carried out airstrikes against the Palestinian resistance group Hamas in the Gaza Strip late Tuesday, according to the Israeli army.

The attack was carried out in retaliation to rocket fire from Gaza, Adraee added.

No information on casualties has been reported so far.

The Israeli army frequently carries out airstrikes on areas on the border in retaliation to incendiary attacks they claim are launched from Gaza.

On Tuesday the Israeli army forces announced a tunnel that crossed “dozens of meters into Israel from Gaza” had been found. The claim was made several hours before the attack.

Since Israel and Egypt have maintained a blockade on the Gaza Strip since 2007, Palestinians have used tunnels to smuggle commercial goods into Gaza.

Some 77% of homes in Gaza have been destroyed and damaged by Israeli attacks, leaving thousands of families homeless or displaced amid a crippled reconstruction process, according to Run4, a Netherlands-based relief foundation.