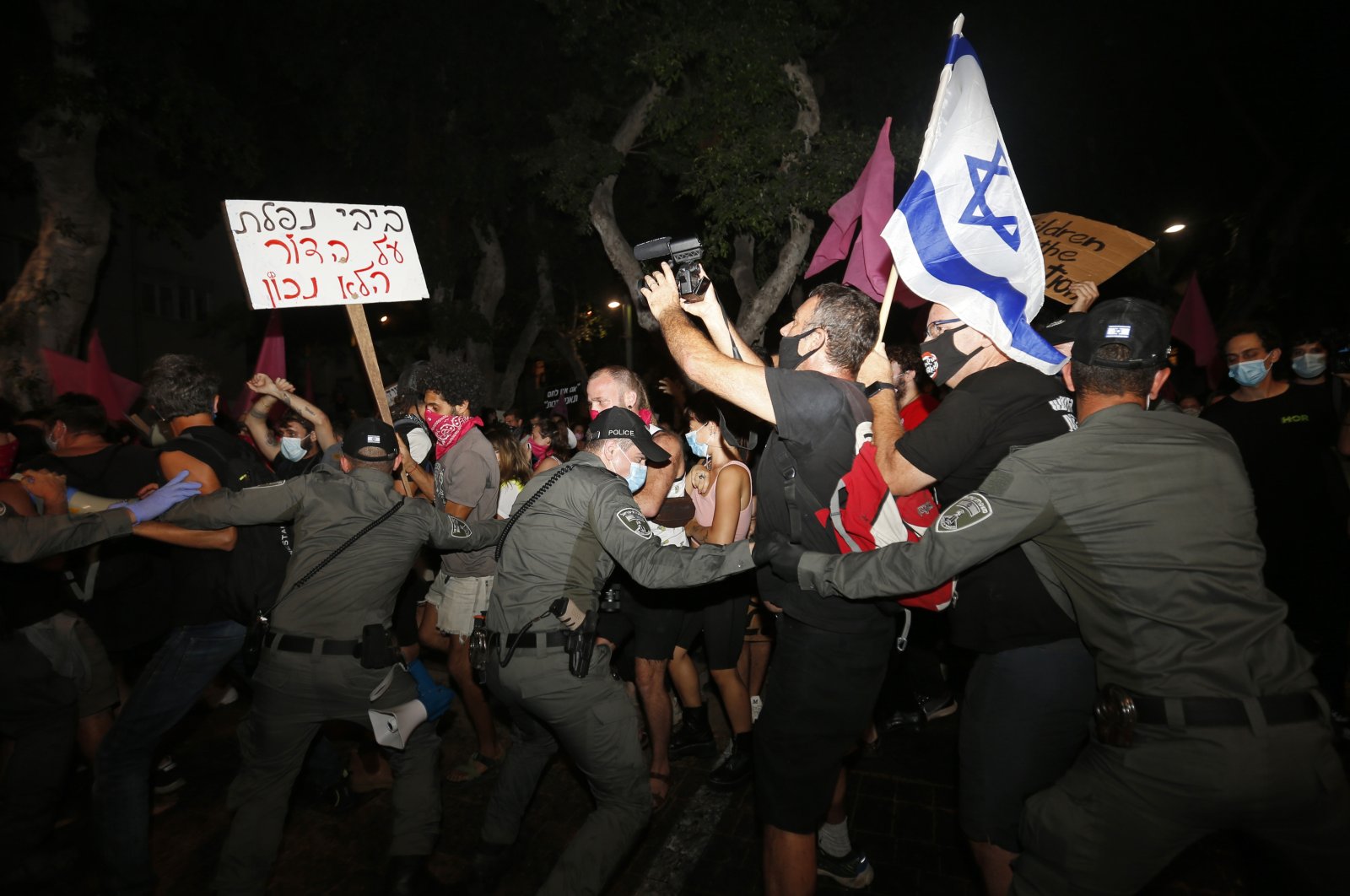 The Israeli government has extended an emergency provision that bars public gatherings, including widespread protests against Prime Minister Benjamin Netanyahu, for an additional week.

Government ministers approved the measure by a telephone vote, the prime minister’s office said in a statement late Wednesday. It will remain in place until Tuesday.

Israel imposed a nationwide lockdown ahead of the Jewish High Holidays last month to rein in the country’s surging coronavirus outbreak. The Knesset, Israel’s parliament, passed a law last week allowing the government to declare a special weeklong state of emergency to limit participation in assemblies because of the pandemic. The government then declared the state of emergency, limiting all public gatherings to within a kilometer (half a mile) of a person’s home.

Netanyahu has said the restrictions are driven by safety concerns as the country battles a runaway pandemic, but critics and protesters accuse him of tightening the lockdown to muzzle dissent.

Thousands of Israelis have participated in weekly demonstrations outside Netanyahu’s official residence in Jerusalem for months this summer, calling on the longtime prime minister to resign while on trial for corruption.

Since the restriction was approved last month, tens of thousands of Israelis have staged protests on street corners and public squares near their homes against the government’s perceived mishandling of the coronavirus crisis and its economic fallout.

Senior officials, including Netanyahu and President Reuven Rivlin, have been caught violating their own orders since the start of the pandemic. In recent days, Environment Minister Gila Gamliel has come under fire over allegedly misleading contract tracers after she violated the lockdown and tested positive for the virus.

Shin Bet chief Nadav Argaman on Thursday acknowledged press reports that his daughter and other family members visited his home over the holidays. “The head of the security service regrets this incident and accepts full responsibility,” the Shin Bet said in a statement.

The security agency, which is usually focused on thwarting attacks by Palestinian militants, was enlisted early on in the pandemic to help with contract tracing by surveilling Israelis' cellphones, a move that sparked criticism from some lawmakers and rights groups.

Israel was initially praised for its swift imposition of restrictions in February to curb the spread of the coronavirus. But after reopening the economy and schools in May, new cases increased quickly. It imposed a second lockdown on Sept. 18 as the infection rate skyrocketed to one of the highest per capita in the world.

The Health Ministry has recorded over 282,000 confirmed cases and over 1,800 deaths in the country of around 9 million people.

After nearly three weeks of lockdown, the number of new cases is gradually decreasing, but infections are still spreading, particularly among the country’s hard-hit ultra-Orthodox Jewish community.

Israel’s ultra-Orthodox community, which makes up around 10% of the country’s population, accounts for more than a third of Israel’s virus cases. Some members of the community have flouted the rules and held prayers in enclosed spaces and large festive gatherings. In recent days, hundreds have clashed with police trying to impose restrictions in Jerusalem and other areas.