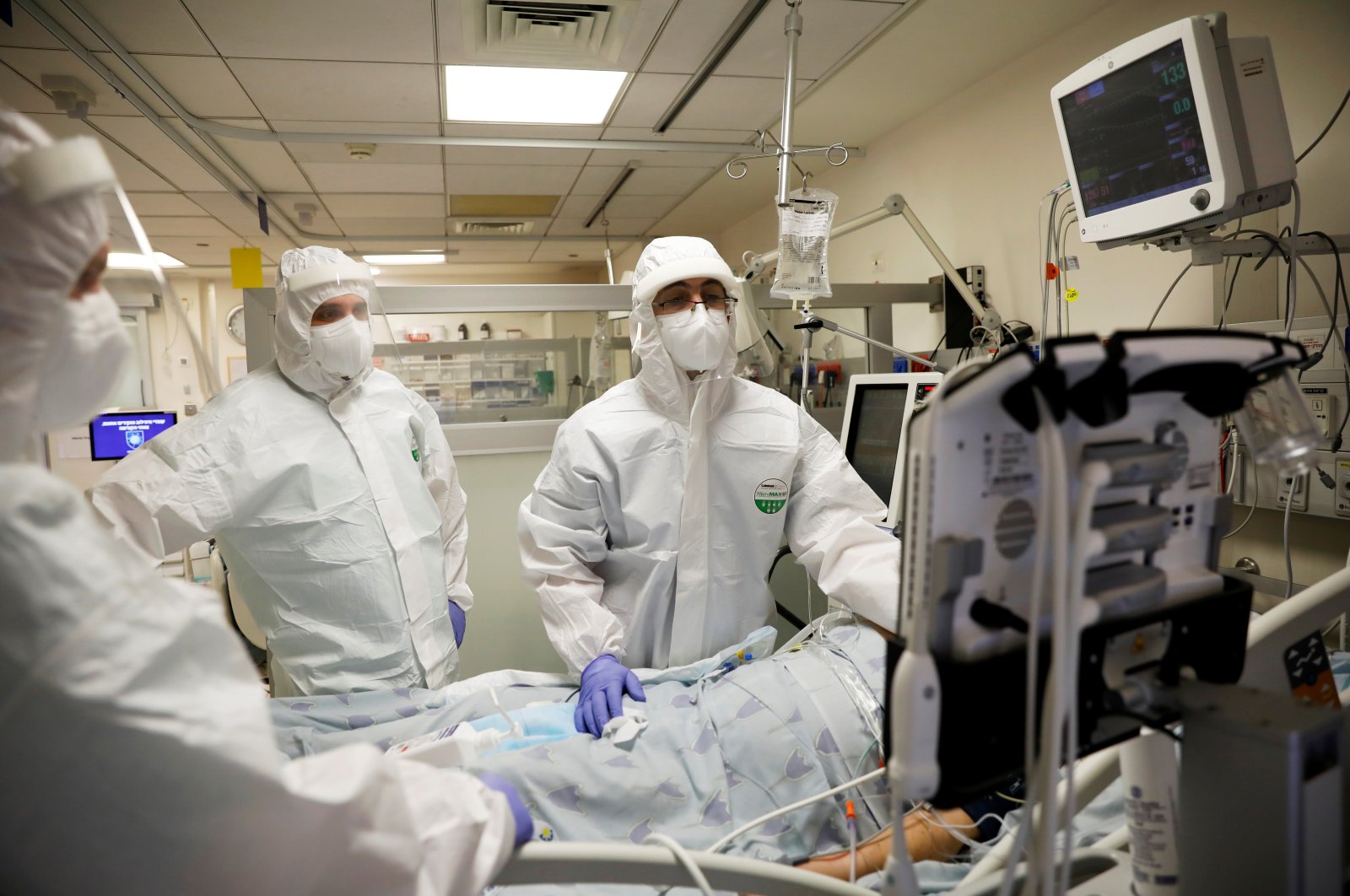 Inside a fast-filling coronavirus ward in a Tel Aviv hospital, doctors rush to treat critical-care patients amid a surge in new cases that has forced Israel into a second nationwide lockdown.

Health officials fear that the three-week lockdown, imposed on Friday, may not be long or restrictive enough to slow the daily case toll and relieve hospitals that they warn could soon reach capacity.

New cases have reached daily highs of more than 5,000 among Israel's population of 9 million, sharply rebounding from single-digit lows following a relatively stricter initial lockdown from March to May.

On the front lines of Israel's second COVID-19 wave are doctors and nurses working around the clock at Ichilov hospital, where half of 60 COVID-19 patients are in serious condition and require ventilation, according to a hospital spokesman.

Guy Chosen, director of Ichilov's coronavirus ward, said the hospital has begun admitting patients from Jerusalem and districts in northern Israel "because of (their) incapacity to handle this increase in numbers."

Dressed in head-to-toe protective gear, nurses on two-hour shifts weaved through the crowded ward to check on patients, separated from one another by glass and metal partitions.

"Right now we are 72% full, and every day we have more and more new patients. There's not enough capacity," Ichilov spokesman Avi Shoshan said.

Preparing for what he called "worst case scenarios," Defense Minister Benny Gantz said Monday he had told the military to be ready to erect a field hospital to relieve the overload.

Some officials have advocated for tightening the current lockdown. While schools have been closed, Israelis are still allowed to travel to work, gather in small groups and attend protests, among a wide list of other exceptions.

The country's health ministry reported 3,843 new coronavirus cases Tuesday, bringing the national tally to 192,579, while the death toll rose to 1,285.

On Monday, Israeli Prime Minister Benjamin Netanyahu acknowledged that there has been a consistent rise in the number of serious patients and said the further steps will be considered at the Cabinet meeting Tuesday.