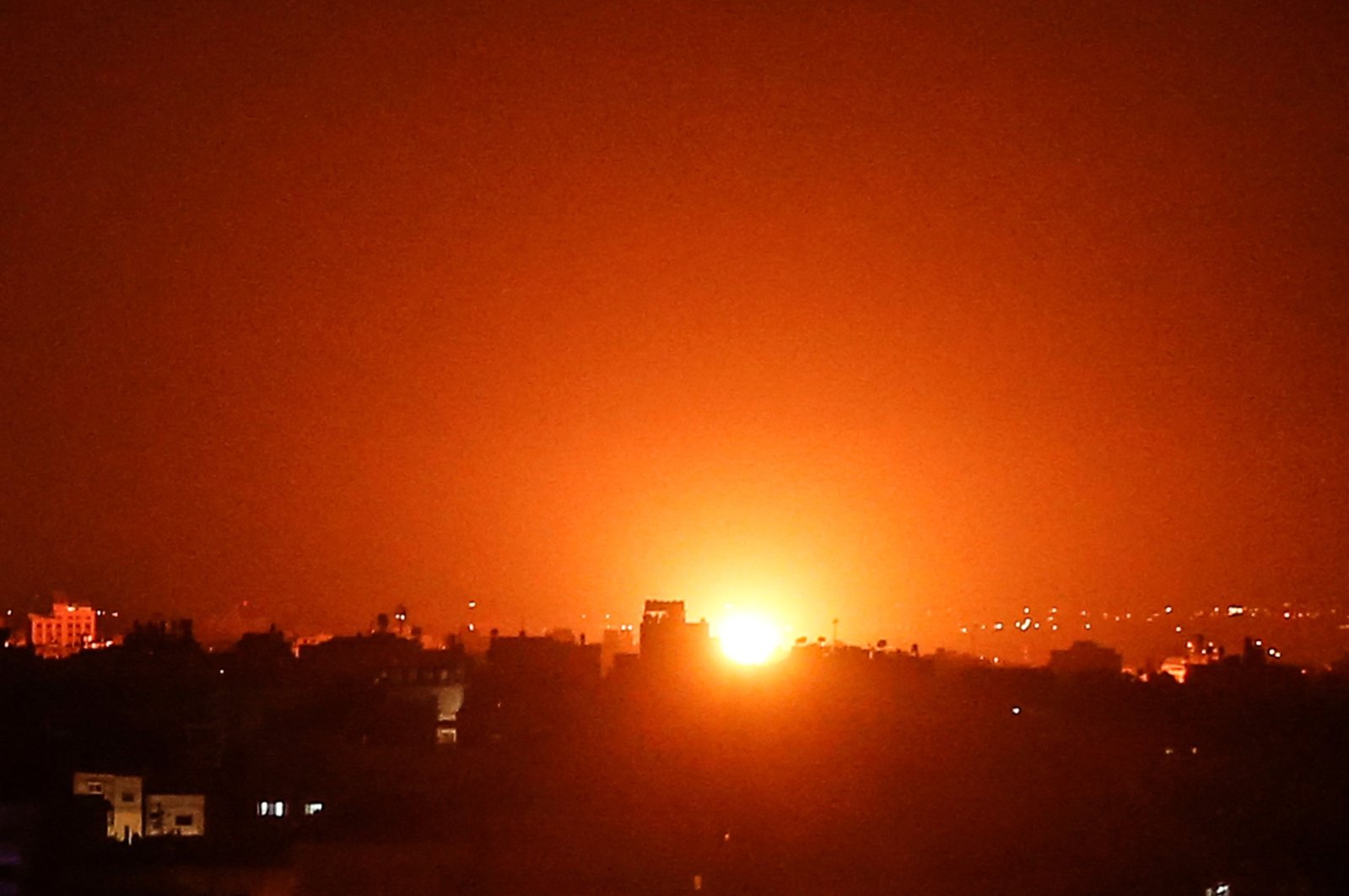 Israeli warplanes continue to strike Hamas targets in the blockaded enclave of Gaza amid an almost three-week-long flare-up in violence, Israel's military said Wednesday as a Qatari envoy joined efforts to prevent a new Gaza war.

Israel has bombed the Hamas-ruled enclave almost daily since Aug. 6, in response to the launch of airborne incendiary devices.

Hamas has been trying to pressure Israel to ease restrictions on Gaza and allow for more investment. The fire balloons are widely seen as an attempt by Hamas to improve the terms of an informal truce under which Israel committed to easing its 13-year-old blockade in return for calm on the border.

But so far, Israel's response has been to tighten the blockade. Israel has closed its only commercial crossing with Gaza, banned sea access and halted fuel imports into the coastal strip, leading to its only power plant shutting down last week. Health officials have voiced concern that the power plant shutdown could aggravate the coronavirus outbreak in Gaza, which is home to 2 million Palestinians.

An Egyptian delegation has been shuttling between the two sides to try to broker a renewal of the truce, while Tuesday evening Qatar's Gaza envoy Mohammed el-Emadi entered the territory to join in the mediation effort.

The latest agreed cease-fire, which has already been renewed several times, has been bolstered by millions of dollars in financial aid from the gas-rich Gulf state. Sources close to the envoy said he was delivering a new tranche of $30 million for disbursement to needy families in the impoverished enclave.

Sources close to Hamas said the group sought other measures to ease living conditions in the territory where unemployment exceeds 50%. They include the extension of an industrial zone in the east of Gaza, the construction of a new power line and an increase in the number of Israeli work permits issued to Gazans once anti-coronavirus restrictions had been lifted.

Israel has fought three wars with Hamas in the Gaza Strip in the years since the blockade was first introduced. However, the two sides have largely upheld an informal truce, and fighting has ceased almost entirely since the beginning of the pandemic.

The airstrikes on Gaza come amid simultaneously increased tensions between Israel and Hezbollah. The Lebanon-based, Iranian-backed Shiite group has been threatening Israel by responding decisively to its attacks on Lebanese soil. It is no secret that Hamas and Hezbollah have ties with each other, which were particularly established against Israel.

The Israeli army said Wednesday it had struck Hezbollah observation posts in Lebanon after Israeli troops near the border came under fire overnight.

Israel recently increased its troop presence at the border and had been anticipating a revenge attack by Hezbollah after the army reportedly unwittingly killed one of its members in Syria several weeks ago.

The incident occurred during an airstrike outside the Syrian capital of Damascus that destroyed an arms depot. Hezbollah chief Sheikh Hassan Nasrallah vowed revenge, and there have since been two other attempted attacks along the border, which Israeli commentators believed Hezbollah was behind.