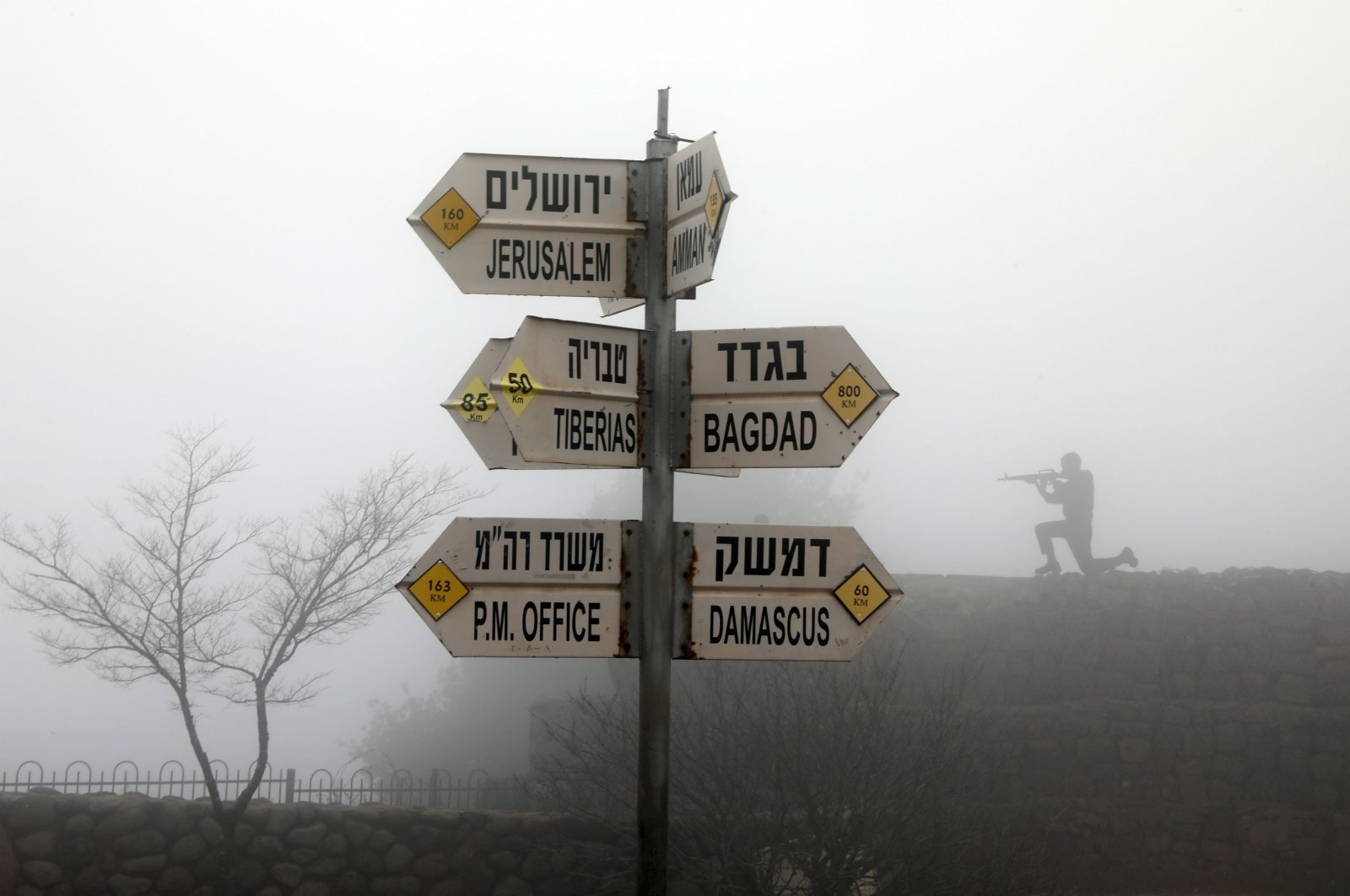 Signs pointing out distances to different cities on Mount Bental, an observation point in the Israeli-occupied Golan Heights that overlooks the Syrian side of the Quneitra crossing, March 25, 2019. (Reuters Photo)
by Compiled from Wire Services
May 01, 2020 12:16 pm

Israel has mounted a new attack targeting outposts of the pro-Iranian Lebanese Shiite Hezbollah movement in central Syria, according to a war monitor report. The missile attack struck an arms depot belonging to Hezbollah on the Homs-Palmyra road, the Syrian Observatory for Human Rights said.

Bases and convoys run by Lebanon's Iranian-backed Hezbollah militia, which has a strong presence in the Syrian Golan Heights, have been hit by Israel in recent years.

Israel was stepping up its raids in Syria at a time when world attention and the region, including Syria, was distracted with tackling coronavirus, a regional intelligence source said.

Two weeks ago, an Israeli drone attack targeted a car carrying forces from Hezbollah in southern Syria along the border with Lebanon without causing casualties.

A few days later, Israel struck central Syria near the ancient city of Palmyra, in what regional intelligence sources said were Iranian-backed outposts and a command center.

Israel has acknowledged in recent years it had conducted many raids inside Syria since the start of the civil war in 2011.

After Syria announced last Monday it had intercepted airstrikes by Israel near the capital Damascus, Israeli Defense Minister Naftali Bennett told Israeli media that Israel would step up its campaign against Iran in Syria.

Bennett appeared to confirm Israel was behind that airstrike on what Western intelligence sources said were Iranian bases.

"We have moved from blocking Iran’s entrenchment in Syria to forcing it out of there, and we will not stop,” Bennett said in a statement.

"We will not allow more strategic threats to grow just across our borders without taking action. We will continue to take the fight to the enemy’s territory,” Bennett said.

Israel says Iran's military presence in Syria, where its militias are fighting alongside Bashar Assad regime forces, is a strategic threat and claims Tehran seeks a permanent presence along its northern borders.

The threat of direct confrontation between archenemies Israel and Iran has long simmered in Syria, with Israel regarding Iran as its biggest threat. Assad has said Iranian forces are welcome to stay in Syria after years of military victories in which Iran and Russian have played a key role in bringing most of the country back under his control.