Israel moves toward unity government after months of deadlock 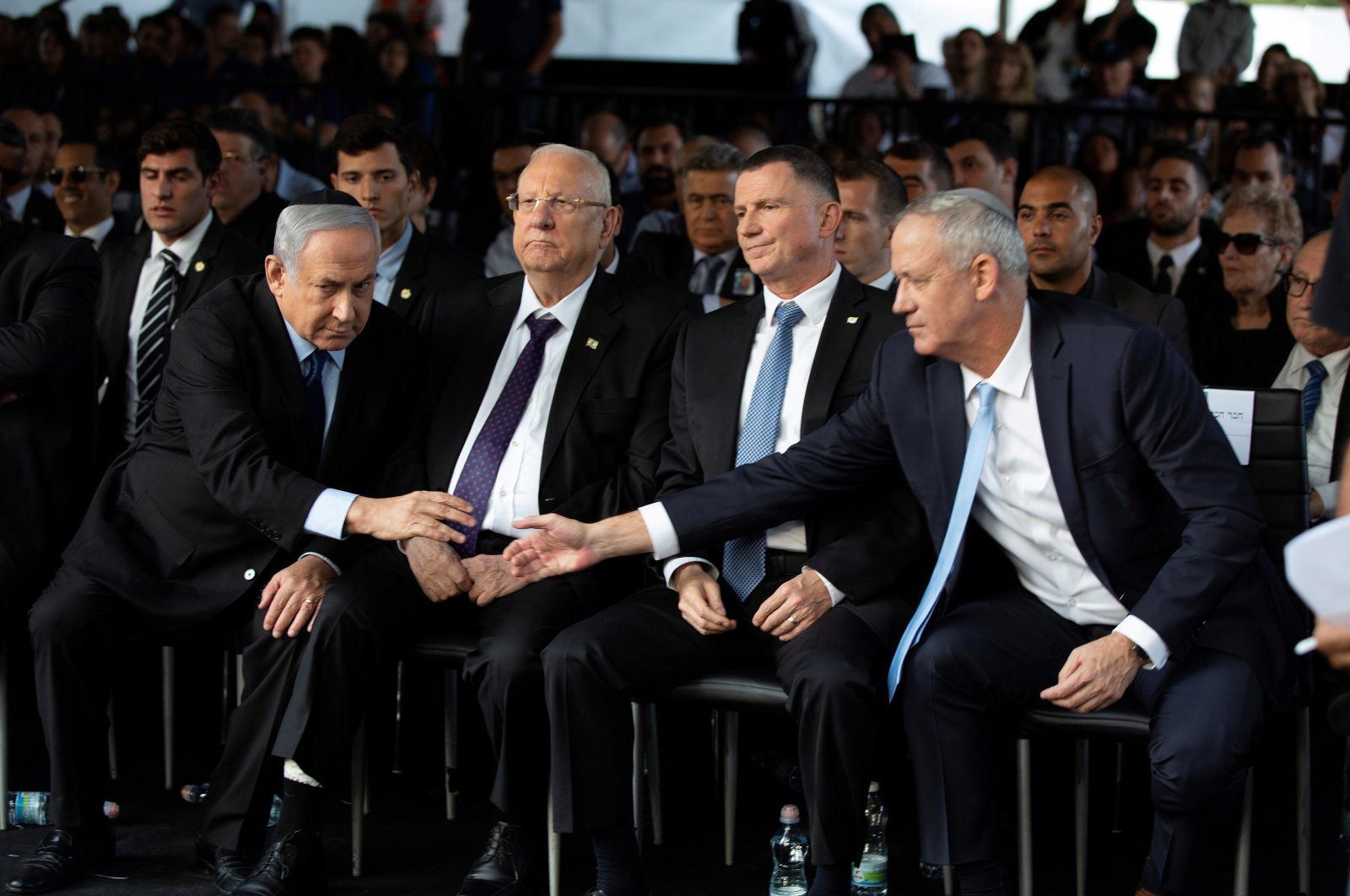 Gantz, whose now fractured centrist Blue and White alliance had positioned itself as the alternative to Netanyahu in three inconclusive elections over the past year, was elected parliament speaker Thursday.

The two men held talks through the night "aimed at establishing a national emergency government to deal with the corona crisis and the additional challenges facing the State of Israel," said a joint statement from Blue and White and Netanyahu's Likud party.

"Significant progress was made during the meeting," it added. "During the course of the day, an additional meeting will be held in order to come to a finalized agreement."

Both leaders have previously voiced support for a unity government to help combat the coronavirus pandemic, which has so far seen over 3,800 Israelis infected and claimed 12 lives in the country.

Gantz was tasked with forming a government following the latest vote on March 2 – something he had been unable to do after two elections last year – and there was no guarantee he would succeed this time, given rifts within the anti-Netanyahu bloc.

The former chief of Israel's army, Gantz has amid the coronavirus crisis eased off his long-time opposition to working with Netanyahu, who faces graft charges.

Netanyahu, in office since 2009, was in January charged with bribery, fraud and breach of trust, with the start of his trial delayed due to the pandemic. He denies the charges.

The divided anti-Netanyahu forces, who held a narrow majority in the Knesset, Israel's parliament, forced the ouster this week of speaker Yuli Edelstein, a member of Netanyahu's Likud party.

Gantz then put himself forward as speaker, triggering the break-up of Blue and White, with two key partners, the Telem and Yesh Atid parties, accusing Gantz of surrendering "without a fight" to Netanyahu.

On Friday, Gantz justified his move as being "what my nation needs" given the coronavirus pandemic. "I won't be the one who categorically refuses to step in and pull my weight in a state of emergency," he wrote on Facebook. There were no official details of the likely makeup of a future government, but Netanyahu has in past weeks proposed 18-month premiership terms, with him taking the first, to be followed by Gantz.

A parliamentary committee was meanwhile convening Sunday afternoon to approve the Blue and White split, as well as the relocation of certain members from one part of the alliance to another. Reports said that at least three people who were not originally part of Gantz's party would be seeking to join him in Netanyahu's coalition. Spokespeople for Blue and White and the Likud would not provide any details on what an agreement to form a government might entail. One of the main questions was who may take over as justice minister, replacing the current Netanyahu loyalist now overseeing the legal proceedings against the prime minister.